A Mass of Christian Burial was celebrated July 8 at St. Athanasius Church.

Other survivors include her son, William of Eden Prairie, Minn. She was predeceased by her husband, Joseph, and daughter, Carolyn. 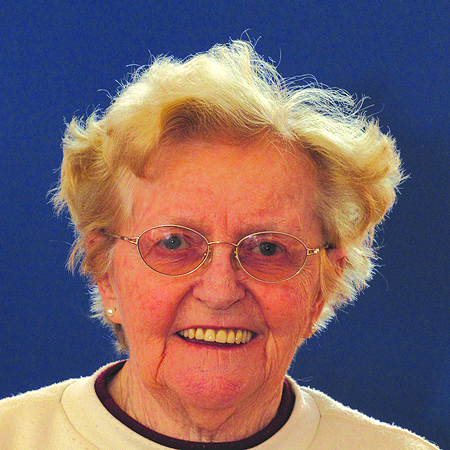 Sister Kathleen Wahl, S.S.N.D., 82, a member of the School Sisters of Notre Dame for 60 years, died on July 6 at Lourdes Health Care Center in Wilton, Conn. Her religious name was Sister Mary Delphine.

She volunteered for missionary service in Africa where she spent 17 years teaching at Christ the King School and Bishop Juwle H.S., both in Zwedru, Liberia, and two years at Notre Dame Secondary School in Sunyani, Ghana. Before moving to Villa Notre Dame, Wilton Conn. in 2005, she was on the staff of St. Vincent Services and also volunteered at Methodist Hospital, both in Brooklyn.

She moved to Lourdes Health Care Center in 2012.

A Mass of Christian burial was celebrated July 10. Burial was at St. Mary Cemetery, Bethel, Conn.

Sister Eileen Kearns, R.S.H.M., previously known as Sister Seamus, died July 6 at Marymount Convent, Tarrytown, N.Y. She was 76 and had been a member of the Religious of the Sacred Heart of Mary for 58 years.

Sister Eileen is survived by her sister, Thecla Sforza of Jackson Heights, and by sisters and brothers living in Ireland and England.

Dr. Bernard J. Cooke, an internationally renowned theologian, author, and lecturer, died May 31, on his 91st birthday at the Village at Incarnate Word in San Antonio.

He was the chairman and a professor in the department of theology at Marquette University, where in 1963 he inaugurated the first Ph.D. program in the nation to train Catholic laypeople for careers in theological scholarship and teaching.

He is survived by his wife Dr. Pauline Turner and daughter, Kelly Turner-Cooke, and his brothers David Cooke of Elk Grove, Calif., and Tom Cooke of Oakland, Calif.

A Mass of Christian Burial was celebrated at St. Peter of Alcantara Church, Port Washington, L.I.

He was a 1963 graduate of Cathedral Prep, Brooklyn.

He had been an active member of the Knights of Columbus Alfred E. Smith Council in Elmont, L.I., for 55 years. He was the recipient of their Knight of the Year Award for his service as well as made a Life Member.

He was a long-time usher at St. Boniface Church, Elmont, a volunteer in the parish food pantry, a member of the Italian-American Club, a volunteer for Meals-on-Wheels, as well as a helper for various other church and civic organizations.

He is survived by his children, William, Antoinette Witt, Christopher and David.

Retired Auxiliary Bishop Thad J. Jakubowksi of Chicago died July 14 at St. Mary of Providence Home, where he lived. He was 89.

A funeral Mass was scheduled for July 19 at Holy Name Cathedral.

Bishop Jakubowksi had served as co-vicar for senior priests since 2003.