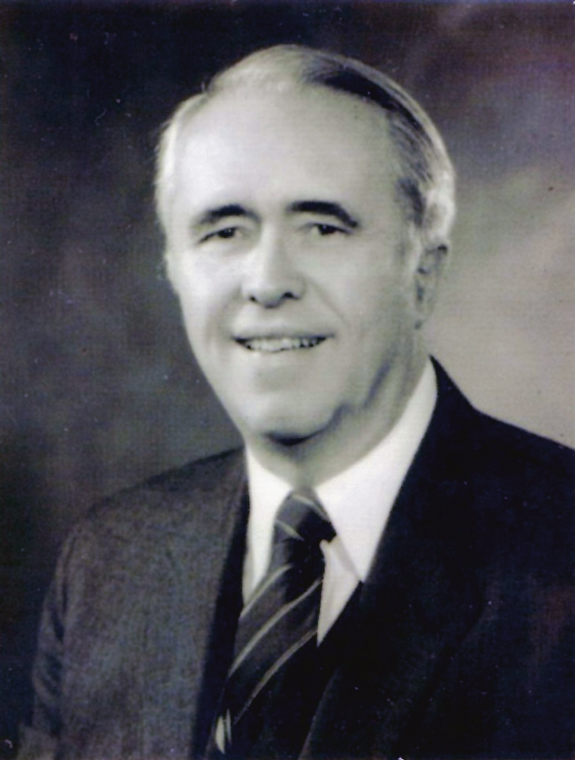 A Mass of Christian Burial for John Francis O’Hara, Sr., 88, was celebrated May 7 at St. Ephrem’s Church, Dyker Heights.  He died May 3.
A life-long resident of Brooklyn, he was retired from New York Life Insurance Co., where he worked for 30 years as Vice President  and General Auditor.
He was a former trustee of St. Ephrem’s parish, where he also served as president of the Parish Council, Holy Name Society and Home-School Assn. He also served there as chairman of the parish financial council, an usher, lector, and extraordinary minister of the Eucharist.
He was a member of the Bishop’s Diocesan Budget and Cemetery Oversight Committees; a member of the board of directors of The Tablet, Madonna Residence and Broadway National Bank.
He was installed as a Knight of St. Gregory the Great and a Knight of the Holy Sepulchre.
He was a WWII veteran of the Army Air Corps Intelligence and a graduate of the Columbia University School of Business.
He is survived by Shirley, his wife of 62 years; and five children: Michael, Peter, Patricia Rok, Mary,  and James; and 16 grandchildren.  He was predeceased by his son, John, Jr.
Burial was in Holy Cross Cemetery, Flatbush.
[hr]
A Mass of Christian Burial for Lois Marie Arcuri (Miller) was concelebrated May 8 at St. Pancras Church, Glendale, by Msgr. Gregory Wielunski, and her cousin Msgr. Donald Bennett of St. Ignatius Loyola, Farmingdale.  Her nephew, Deacon Brian Miller of the Diocese of Rockville Centre, assisted.
An active member of St. Pancras Parish, she devoted many years of service to the CYO Cheerleader Squad and Girl Scouts and as “Hot Dog” mom at St. Pancras School.
She served as an extraordinary minister of the Eucharist.
She is survived by her husband of 50 years, Vincent Arcuri; their children, Pamela, Christine Kotnik, Jacqueline Capobianco, and Vincent James Arcuri; and several grandchildren.
[hr]
Sister Helen Reed, SSND, who taught school for more than 50 years in the United States, Puerto Rico and Africa, died of a heart attack on April 30 at Lourdes Health Care Center in Wilton, Conn. She was 91 and had been a professed member of the School Sisters of Notre Dame for nearly 70 years.
Born in Brooklyn, she was introduced to the possibility of religious life during a high school retreat during her senior year at St. Savior High School.  She entered the School Sisters of Notre Dame in August 1939 and received the religious name Mary Maelisa.  She made her first vows in July, 1942.
She taught in Baltimore and Puerto Rico until 1960 to serve at her alma mater, St. Saviour H.S.
After a return assignment  to Miramar, Puerto Rico for a year (1969-70), she became one of the first SSNDs to be assigned to Liberia. In 1974, she returned to St. Saviour’s, where she remained until retiring from teaching in 1995.
After leaving teaching, Sister Helen volunteered first at Lourdes Health Care Center and later, for 10 years, in the SSND Development Office – while living at Villa Notre Dame in Wilton.
A Mass of Christian burial was held on May 3 at the Chapel at Villa Notre Dame in Wilton. Burial was at St. Mary’s Cemetery in Bethel, Conn.
Sister Helen is survived by a sister, Barbara Reed of Mamaroneck, N.Y., and several nieces and nephews.