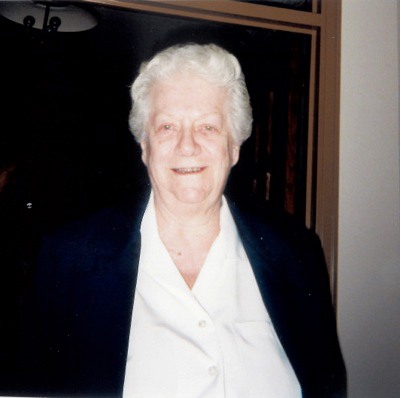 Born in Connecticut, she entered the order in 1940.

In 1978, she moved to Bedford-Stuyvesant, where she lived for 12 years, and later in Bayside, while she worked for more than 20 years with the Golden Age Clubs of Catholic Charities of Brooklyn/Queens.

She earned a master’s degree in gerontology from Yeshiva University. At the time of her retirement, she was the director of about 115 Golden Age Clubs in Brooklyn and Queens that served almost about 9,000 senior citizens. She participated in many of their activities, learned many dance steps, and traveled from group to group.

She received awards for her work with the elderly from Catholic Charities, the Statewide Senior Council, and was appointed to the Commission on the Elderly established in Brooklyn/Long Island.  Working with her team and co-workers, she brought imagination, energy, and enthusiasm to Golden Age participants.

Because of ill health, she retired to St. Louise House in 2006.

She is survived by her sisters, Virginia Coughlin of Irvine, Calif., and Dolores.

A Mass of Christian Burial was celebrated Feb. 25, in the DePaul House Chapel, Menands.