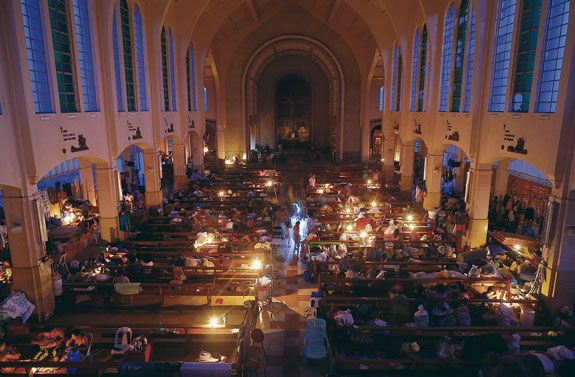 Above, hundreds of survivors of Typhoon Haiyan have dinner and rest under candle light in a Redemptorist-run church where they found shelter in Tacloban, Philippines. Nearly two weeks after Super Typhoon Haiyan tore through the central Philippines, Catholic aid workers were still seeing great needs. Below, a man lights a candle Nov. 25 as he pays respects to a deceased relative at a mass grave where victims of Super Typhoon Haiyan are buried near St. Joaquin Church in the province of Leyte, Philippines. Haiyan, the most powerful storm to make landfall this year, struck the central Philippines Nov. 8, killing thousands and displacing more than four million people. 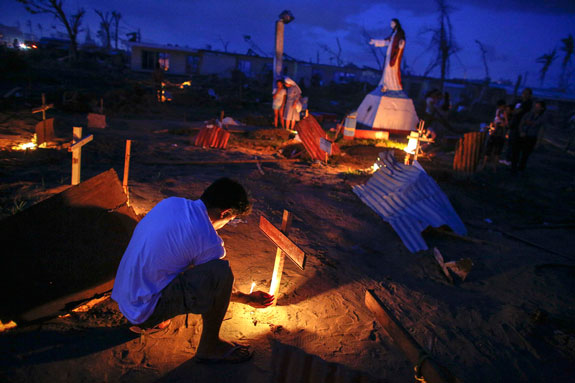