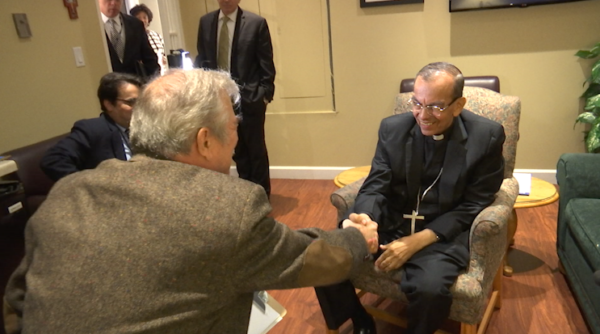 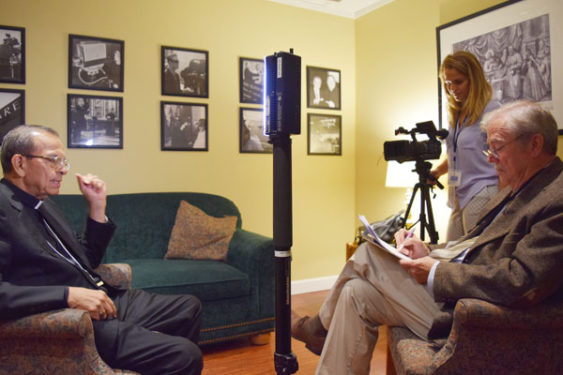 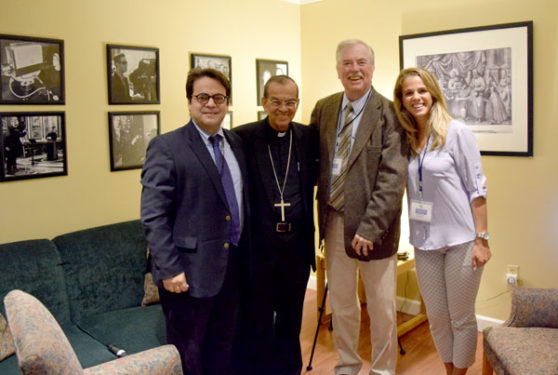 The Church should be providing alternatives for young people so that they do not join street gangs such as MS13, says the new cardinal from El Salvador.

At the same time, the Church must be sensitive to the victims of the crimes committed by gangs, says Cardinal Gregorio Rosa Chavez, who was making a pastoral visit to Long Island last weekend. He sat down with The Tablet and NET-TV for a short interview on the first full day of his three-day visit to the Diocese of Rockville Centre.

Nassau and Suffolk Counties are home to many Salvadoran immigrants, some of whom are young members of MS13. Towns such as Brentwood have been plagued with crimes committed by gang members. Both President Donald Trump and Attorney General Jeff Sessions have vowed to wipe out the problem.

“First of all, the Church wants to be close to the victims, to be able at least to console, to listen to them, to accompany them,” says Cardinal Chavez. “And on the other hand we have to open a door to the people committing the crimes. That requires us to be open to dialogue with these persons.

“There is something that is very clear for us – only God can change the hearts. Only love can convert a person. That’s the Church’s vision. That’s Jesus’ vision. The question then is how to put that vision into practice.”

The cardinal says that the situation began in El Salvador in the 1990s and at first, it was strictly a turf battle between rival gangs.

As a pastor there, he saw groups of youngsters fighting for their territory without bothering other people. They would use graffiti to mark their ground and ask people for help, but it was not a very violent thing.

“Then came a second moment when they started getting involved in drugs and organized crime,” recalled the Cardinal. “At that point they were helping the cartels transport the drugs through the country and they got drugs as payment.

“Then they started the extortion business which became a plague and still is. This is the process we have lived through and now we have a very tough situation there and here (in the U.S.).”

He says the Church must ask itself the question: “What can we do to give gang members an opportunity?”

Education is a key, he says, and he points to schools where children are getting a better education and a better chance to succeed than their parents.

Gang members, says the cardinal “feel they are singled out, stigmatized, rejected by society. We need to find a solution.”

During the interview, Cardinal Rosa Chavez recalled his early days as a priest when he worked closely with the martyred Archbishop Blessed Oscar Romero, who was killed by Salvadoran soldiers while celebrating Mass.

“I first met him when I was a teenager and he was a priest,” explains the cardinal. “Later I worked with him during a whole year and that was when we became friends. When he became Archbishop (of San Salvador), I was one of his closest collaborators, as he said in his journals.

He says that the late archbishop used to say that he was running out of friends because he was saying unpopular things in his homilies.

“He would say ‘What can I do? I have to be faithful to what God is calling me to do. The price is dear, but I shall pay it.

“I think that’s what I learned from him, that you have to be consistent, even if you have to pay with your life for it.”

He said he has spoken to Pope Francis about the canonization process for Archbishop Romero and that it is going well, although no date has been set for official sainthood.

Recalling the American churchwomen – two from the Brooklyn Diocese – who were murdered in El Salvador in 1980, he says, “The American people are very close to us. And the supreme symbol of that closeness are those women who gave their lives in El Salvador. Their blood, blended with our blood, is the image of brotherhood of both our people.

“I knew the four of them. I saw their hard work, their enthusiasm, their humility, their commitment. They are the only women included in the (Salvadoran) Church’s list as martyrs.”

He says he hopes the process of canonizing these women moves ahead, although it has not yet officially begun.

Cardinal Chavez asked to set the record straight on two items about him that have been printed in the press.

First of all, he says that he has not been asked to negotiate a peace process in North Korea.

“Actually, the Korean cardinal has invited several cardinals to talk about their experiences in how to promote peace – several days to work together and share our experiences,” he explains. “And that’s all there is about it.”

The cardinal, who is the only auxiliary bishop to ever hold that title, says he is not sure if the pope has any special plans for him.

“I am still waiting for the pope to tell me what he wants me to do. We are still on the honeymoon,” he says with a smile.