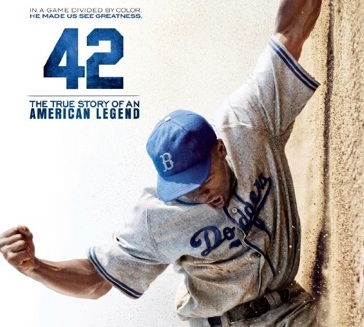 The film chronicles the Brooklyn Dodgers’ star as he broke baseball’s color barrier on April 15, 1947.

Robinson faced intense adversity at a time when racial segregation was the norm.

Yet his teammates stuck by him as he paved the way for future African-American ballplayers to make their mark.

Robinson played his entire 10-year career in Brooklyn and was inducted into the Baseball Hall of Fame at Cooperstown in 1962.