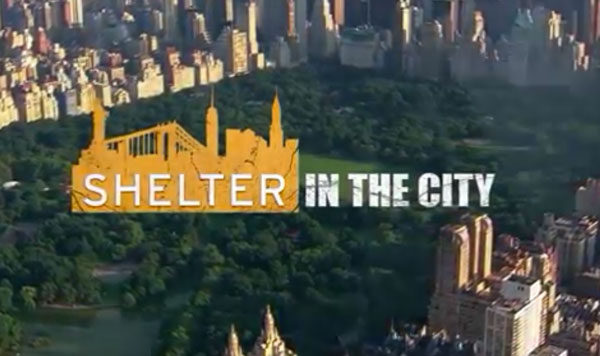 “Shelter in the City,” a NET-TV documentary on New York City’s homelessness epidemic, has been nominated for an Emmy Award. The 60th annual New York Emmy Awards dinner will be Saturday, May 6.

The film, which looks at homelessness through the lives of a father and son, was screened at the Vail Film Festival and the Chagrin Falls Documentary Film Festival in 2016.

It documents the heartbreaking journey of Ken Murray as he fights to get his mentally ill son, Ken Murray Jr., off the cruel and dangerous streets of New York.

“The Murrays have shared their story in the hopes that others might not have to live through the same despair,” said Terence Donnellan, the film’s producer and director.

“Almost a third of the homeless have mental illness or severe health issues. Under the de Blasio administration, the number of men, women, and children sleeping in homeless shelters has exploded from more than 53,000 to more than 62,000,” said Donnellan.

“How can New York be the greatest city in the world when it can’t take care of its most vulnerable citizens?”

According to the advocacy group Coalition for the Homeless, homelessness is at its highest level since the Great Depression.

More than 800 media professionals will come together at the Marriott Marquis, Manhattan, to salute the outstanding work of their peers at Saturday’s black-tie awards ceremony.

“Shelter in the City” is nominated in the Societal Concerns category for a program or special. Craig Tubiolo is the executive producer. It is now available on iTunes, Amazon and Vudu.