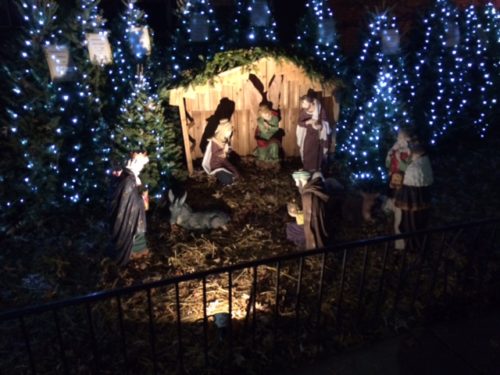 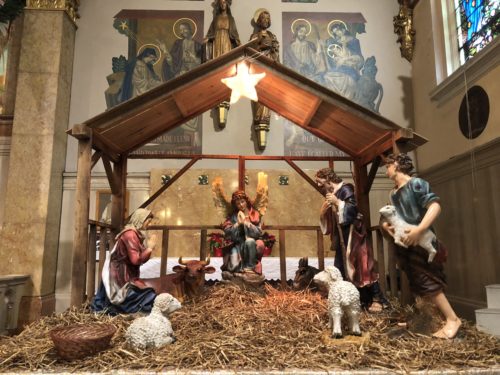 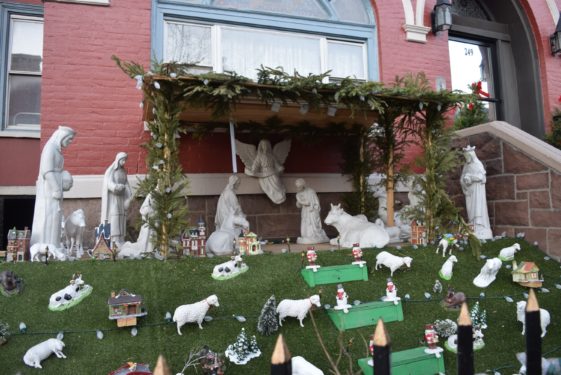 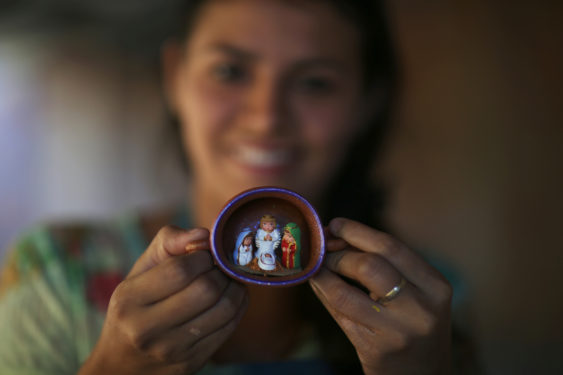 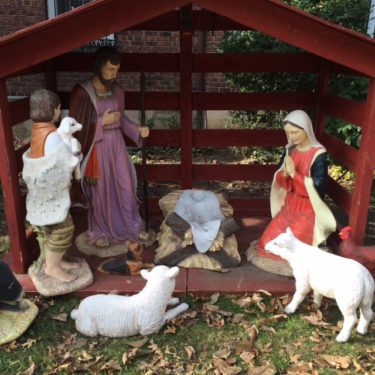 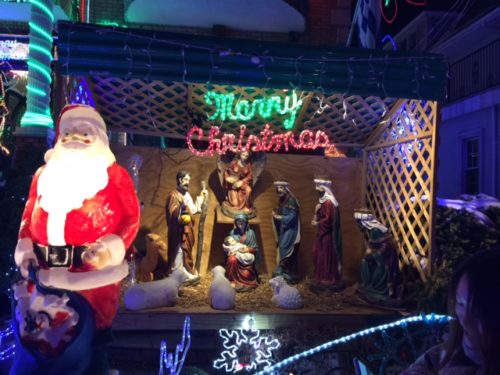 WASHINGTON (CNS) – For Roger and Marguerite Sullivan of Washington, Christmas really is the most wonderful time of the year.

Thanks to their travels throughout the world over the past 40 years – he for the World Bank, and she for the U.S. State Department – the Catholic couple has collected at least 500 Nativity scenes.

Every December, they spend a few days unpacking about 100 or so of the creches for display around their home.

The exhibit, on display through Jan. 6, the feast of the Epiphany, is already drawing more people to the monastery, said Franciscan Father Greg Friedman, who was tasked with curating the exhibit.

“We started the week before Thanksgiving” arranging the creches, Father Friedman told Catholic News Service (CNS). “We worked over Thanksgiving weekend, and into the week after that. We put in some very long days.” He also crafted a slide show featuring nearly half of the creches in the exhibit.

An Expression of Faith

The couple sees their collection as one expression of their Catholic faith.

“I think it’s a wonderful way to show our Catholic faith, and to be one with Catholics around the world,” Roger Sullivan said.

The Sullivans look for Nativity scenes that reflect the culture of the people who live in the countries they visit. “We don’t have any ‘Made in China’ scenes,” Marguerite Sullivan said.

The creches chosen for the exhibit show not only the breadth and variety of the Sullivans’ collection, but also the skill of the artisans who assembled them. One creche from Slovakia seems to be made entirely from wire. One from Albania is formed out of cast iron. Another from the Philippines was made from rolled-up newspapers.

The toughest Nativity scene to procure, according to Roger, was a heavy but not unduly tall creche from Lithuania.

“We had to buy a new suitcase to take it home in, and we had to buy new air tickets for the flight home,” he said.

In this respect, size does matter. Many of their Nativity scenes are small, and some are downright miniature. The smallest, said Father Friedman, comes from San Marino, a 24-square-mile republic surrounded entirely by Italy. Tellingly, the creche fits inside a spoon.

The whole thing started when Roger went to Bolivia on a work assignment, saw a Nativity scene he liked and brought it home. Soon afterward, he went to Peru and picked up another creche. Thus was a tradition begun.

Churches are great places to find Nativity scenes to buy. “If they don’t have them, they know where to go get them,” Marguerite told CNS.

The artisans who make these creches – save for those on a street in Florence, Italy, where individual pieces can sell for thousands of dollars – aren’t making a bundle making and selling Nativity scenes.

“Often, they’re quite poor,” she added.

With 500 or so creches in their collection, most countries with a Christian population are represented. Roger Sullivan has visited 105 countries in his travels; Marguerite has been to 110. Friends who have seen their December displays have given them Nativity scenes to add to the collection.

“We’ve bought a few online,” Marguerite noted, as their travels have slowed somewhat in their retirement – although they’ve already got an international itinerary through the first half of 2018.

One place they’ve never collected a creche from? “Believe it or not, the Vatican,” Marguerite said.

A Mermaid and Man-Bun

The Sullivans also have some distinctive Nativity scenes from the United States. There’s one from Alaska showing Eskimos, one showing Pueblo Indians from Colorado, a straw-hut rendering from Hawaii, a scene from South Carolina made of finger puppets, and a Cape Cod creche with a maritime theme: Mary as a mermaid, and the Wise Men as sea creatures, including an octopus.

The most controversial, by the Sullivans’ own admission, is a modern-day telling of Jesus’ birth, with Joseph wearing his hair in a “man bun” and taking a selfie and Mary – with her blouse off one shoulder – and the Christ Child in the manger. The magi, instead of riding camels, are all on Segways and carrying gifts in Amazon.com boxes.

“Some people say it’s controversial, but we have to think of what the Christmas story would be like if it happened in our day and time,” Roger said.