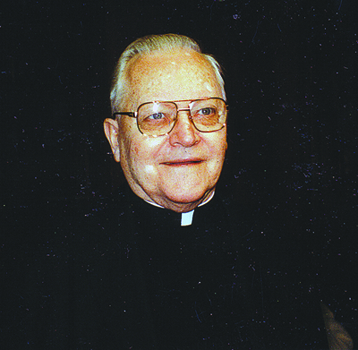 A Mass of Christian Burial for Msgr. Thomas F. Noonan, the retired pastor of St. Edmund’s parish, Sheepshead Bay, was celebrated Saturday, Jan. 5 at the church. He died Dec. 31, 2012 at the Ross Center for Health and Rehabilitation, Brentwood, L.I.
Born in New London, Conn., Msgr. Noonan attended Cathedral College, Brooklyn, and Immaculate Conception Seminary, Huntington, L.I. He was ordained by Archbishop Thomas E. Molloy on June 4, 1955 at St. James Pro-Cathedral, Downtown Brooklyn.
He was an assistant at St. Saviour’s parish, Park Slope, 1955-67. During that time, he also served as Newman chaplain at Sarah J. Hale H.S. and Pratt Institute. In 1967, he was appointed assistant principal of Bishop McDonnell H.S., Crown Heights, and then was principal there from 1970 to 1973, when he joined the staff of the diocesan Superintendent of Schools.
He was named pastor of St. Edmund’s parish in 1977 and served there until he retired in 2000.
He was named a monsignor in 1986 and also served as spiritual moderator to the diocesan Catholic Teachers Association.
Auxiliary Bishop Paul R. Sanchez was the main celebrant of the funeral Mass. Special concelebrants included Fathers Edward Brophy, William G. Smith and Anthony Dell’Anno. Father Smith preached the homily.
Bishop Nicholas DiMarzio was the celebrant of the Vigil Mass on the evening before the funeral.
“He will be remembered in so many ways,” said Father Smith, who served as a deacon at St. Edmund’s, 1978-79. “He was an educator and was responsible for high schools. He did a great deal to set up the viable high school system that we have today.
“He did some very creative things. He was the pastor of St. Edmund for many years, and he transitioned it very nicely into a good modern Catholic parish.
“We became very close friends. He’s a wonderful person, and his great interest was Scripture.
“Sick in the hospital the last few weeks, his main frustration was that he could not celebrate Mass,” Father Smith added. “It was very painful to him. He certainly was a man of deep and regular prayer.”
Msgr. Noonan is survived by his sister, Loretta O’Connor of East Center Moriches, L.I.
Burial was in St. Mary’s Cemetery, New London.