by Carol Zimmermann and Katie Talalas 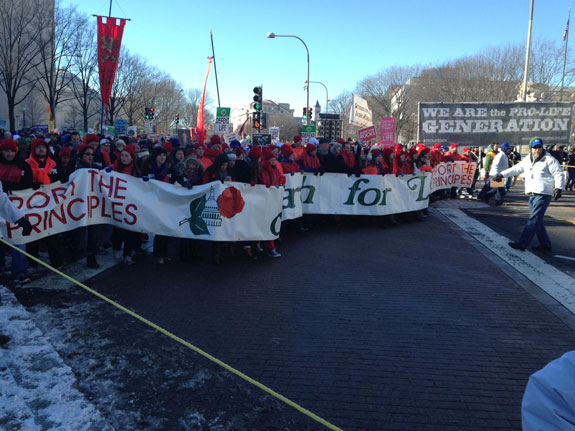 WASHINGTON (CNS) – The polar vortex couldn’t chill the ardor of thousands of participants who demonstrated their determination to continue speaking out against abortion at the annual March for Life and rally Jan. 22 in Washington, D.C.

Temperatures went briefly into double digits but hovered around 8 degrees.

At the rally, speakers highlighted the tenacious determination of the crowd – dressed in coats, scarves, hats and gloves – huddled together on the snow-covered National Mall. They likened the crowd’s bravery to the firm resolve they have shown in their efforts to change abortion laws and promote a culture of life in the U.S.

The rally began at noon, prior to the crowd’s march to the U.S. Supreme Court to protest the court’s 1973 Roe v. Wade decision legalizing abortion, and it had a different feel this year – not simply because of the cold but in the variety of speakers.

Under a blue and sunny sky, Christian singer and songwriter Matt Maher attempted to warm up the crowd while playing a guitar with fingerless gloves. “We’re all really cold,” he acknowledged, adding that the reason they had gathered was to “demonstrate to the world how much we need God.”

Patrick Kelly, chairman of the March for Life, told the crowd filled with young people that they were “freezing for the best cause in the world.” Jeanne Monahan, March for Life president, thanked the crowd for “braving the extreme elements today.”

“No sacrifice is too great for this cause,” she added.

A few times during the hourlong rally, she also advised participants suffering in the cold to visit one of the first-aid warming tents.

Kelly and Monahan stressed a new aspect of this year’s march: tweeting about it with the hashtag #marchforlife or #whywemarch. Marchers cheered as Monahan read a tweet from Pope Francis: “I join the March for Life in Washington with my prayers. May God help us respect all life, especially the most vulnerable.” She urged the crowd to retweet his message.

The theme of this year’s march was “Adoption: A Noble Decision.”

“When a woman makes a choice to be a birth mother, she embraces motherhood in its most heroic sense,” said Monahan, who also offered support for women who have not chosen life in the past. “For any woman who has had an abortion, you have to know there is hope and healing.”

In his remarks, Kelly noted that the March for Life has a new staff, logo and website and also aims to have a vital social media presence on Facebook, Twitter and Instagram. The goal, he said, is not just for participants to be here once a year but to be in touch with one another “365 days a year to build a culture of life in America.”

House Majority Leader Eric Cantor of Virginia said the marchers’ endurance not only gives “voice to the cause of protecting life” but also shows that they are the “strongest weapon” of the pro-life movement. He said he was confident pro-lifers would win the culture war, because the right to life “is a moral truth written at the hands of our Creator.”

Last year, the House passed the Pain Capable Unborn Child Protection Act, and Cantor cited it as an example of changing public opinion on abortion. He exhorted the rally-goers to continue the battle. “We cannot allow the opponents of life to weaken the moral fabric of this country.”

Rep. Chris Smith, R-N.J., criticized President Barack Obama’s Affordable Care Act “for its insurance plans that include abortion,” but he also stressed that “the pro-life movement is alive and well and making serious, significant and sustained progress.” 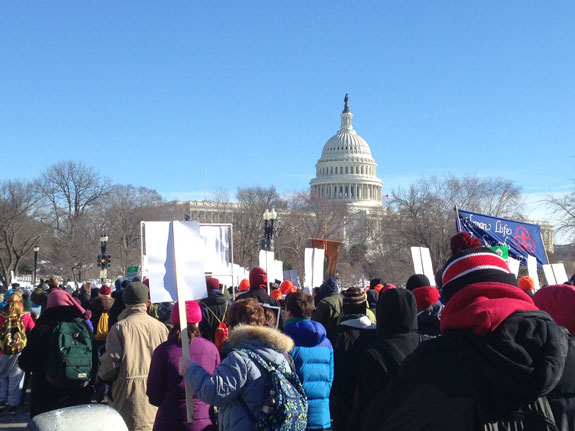 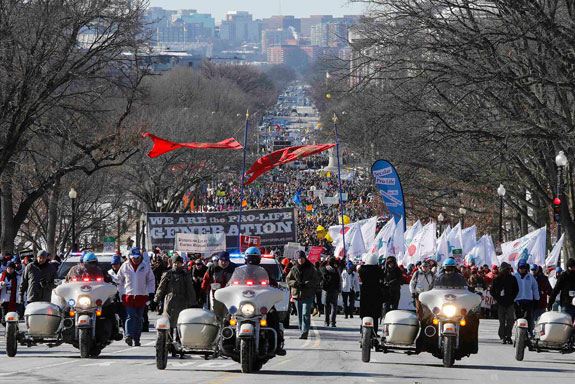 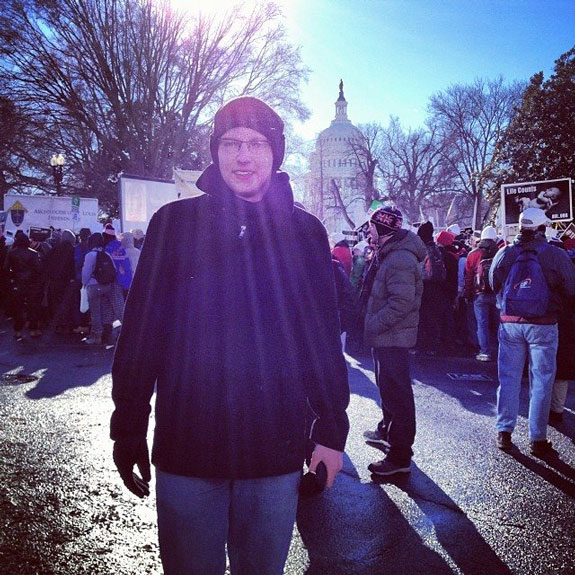 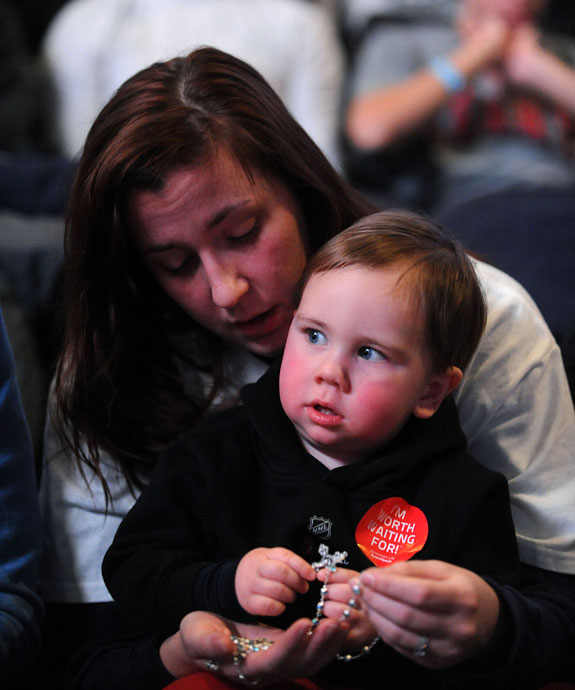 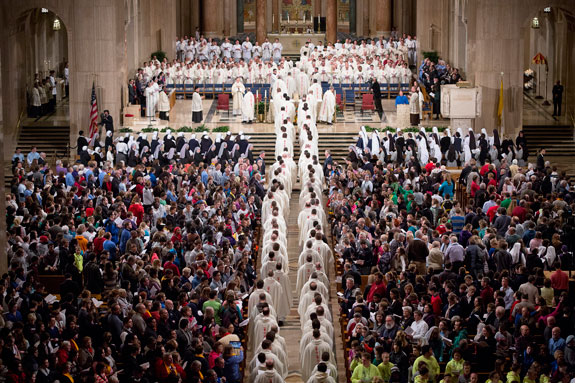 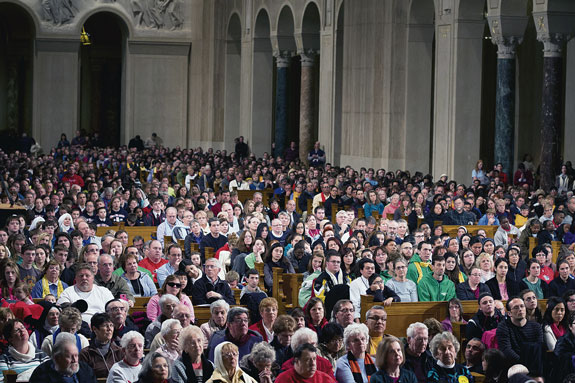 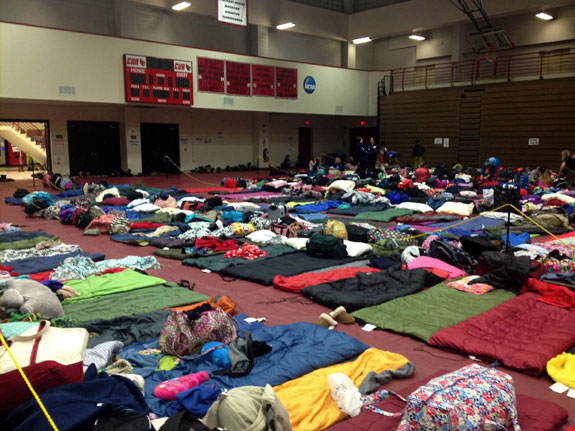 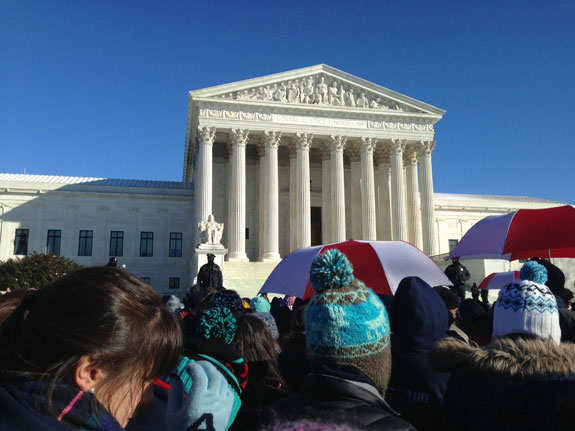 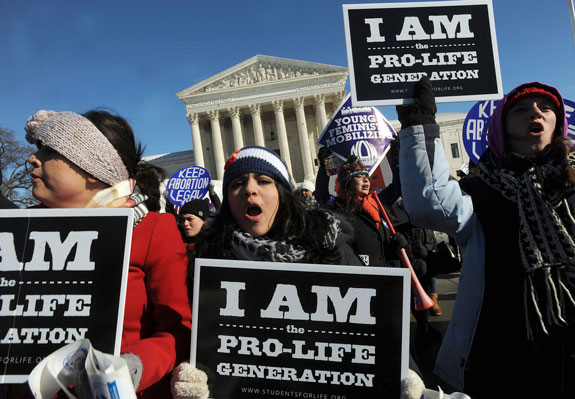 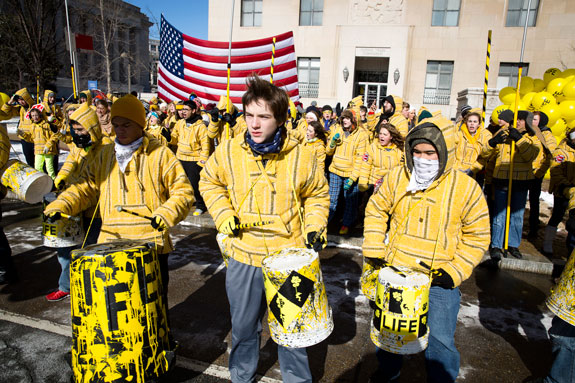