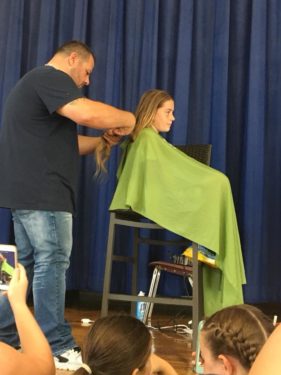 Catholic education is thriving at St. Francis de Sales Catholic Academy, Belle Harbor, and so is the school’s commitment to community and charity.

On Saturday, Sept. 22 the usual gymnasium noises of bouncing basketballs, referee whistles and lively energetic kids playing sports was replaced with the distinct buzzing of barber sheers and the snipping of scissors.

The school held their third annual St. Baldrick’s Day, “Bald on the Beach” event to help raise money and awareness for pediatric cancer.

In the 1950s, almost all kids diagnosed with cancer died. Thanks to research, today about 90 percent of kids with the most common types of cancer will live.

That is due in large part to The St. Baldrick’s Foundation, which is a volunteer and donor-based charity dedicated to raising money for lifesaving childhood cancer research and funds more in childhood cancer grants than any other charitable organization. 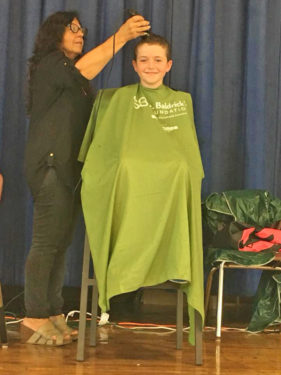 The organization has raised $253 million in research grants in the past 13 years.

Participants at the St. Francis de Sales event raised over $25,000.  Several dozen students shaved their heads and many also participated by volunteering to help organize and run the event on Saturday.

In addition to the students, the school principal, Chris Scharbach, along with Father William Sweeney, pastor, Father Jim Cunningham and Father Ernest had their heads shaved.

“This is a great event that not only raises money for a worthy cause, but also brings our students together on a weekend outside of the classroom at a fun event to work together in a positive way that has a real impact in the community,” said Scharbach. 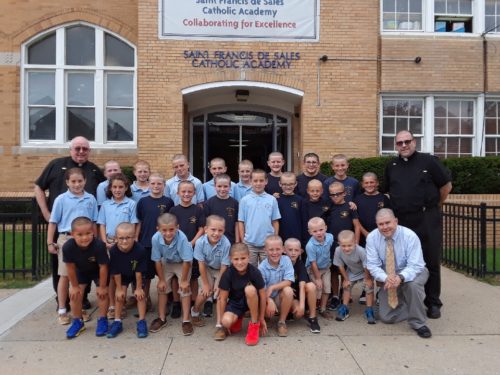