While only the Holy Door at St. Peter’s Basilica at the Vatican was literally closed, closing liturgies marking the end of the jubilee Year of Mercy were celebrated in the six diocesan churches that were the sites of a Holy Door throughout the year.

At the Vatican, Pope Francis went to the atrium of St. Peter’s and gave thanks for “the gifts of grace received” during the Holy Year. He then went to the threshold of the Holy Door and pulled each side shut. The door will be sealed until the next Holy Year, which is likely to be 2025.

“In this church, thousands have passed through the door that celebrates the love of God,” said Bishop Tiedemann. “We gather in prayer and thanksgiving for the many blessings you and I have experienced as we passed through these doors.

“Now you and I are to bring that mercy that we received to the world and we are to be instruments of mercy and forgiveness. We are sent out through the doors of Mercy.”

Dave Ali, who directed the Holy Year Committee at Regina Pacis, said he has seen “tremendous blessings and great conversions over the course of the past year.”

He said that Msgr. Ronald Marino, rector of Regina Pacis, and the priests of the parish spent hours in the confessionals as pilgrims flocked to the basilica for Holy Year visits.

“Some had been away from the Church for decades,” said Ali. “They were so grateful to come back. Many came out sobbing tears of joy.”

Vera Yoo, who compiled a book of pilgrims’ signatures from throughout the year, presented the volume to Bishop Tiedemann at the presentation of gifts.

“I’m so proud to be a Catholic because of the Year of Mercy,” she said. “So many people came back to church. I’m so glad the pope called this year. It was beautiful.”

“The truth we profess is that Christ is the door to God’s Mercy – a door that never closes,” said Msgr. Grimaldi.

During his homily, Msgr. Grimaldi pointed out that “God responds to our weakness with His mercy. God is patient and merciful.”

It is humanity that loses patience, Msgr. Grimaldi explained. Although it may be easy to forgive once or twice, it is far more difficult for a person to forgive a fellow who has committed the same error over and over again.

St. James’ parishioner Monique Nieves said she has tried to live out the Year of Mercy by being more understanding of people and building upon relationships that have been tainted.

Fellow parishioner José Mena said he has felt incredibly blessed because many have come to his aid in a time of need.

Anne Kanati, who lives near the cathedral, said she has been able to go to daily Mass this Holy Year and, even though she has a disability, has been able to walk through the Holy Doors from time to time.

Father Peter Purpura, rector of the cathedral, said the Holy Year has afforded the oldest Catholic parish on Long Island exposure with many parish and school groups coming to visit and pass through the Holy Doors. The cathedral’s pilgrims book will be given to Bishop Nicholas DiMarzio.

Father Purpura said the Holy Year has also had a great effect on him personally. He said it helped his ministry and helped him become a better confessor. This, he said, and many other blessings bestowed upon the Church and her people, will continue even after the closing of the year.

“The idea of mercy isn’t going away,” he said.

“It’s been a wonderful experience for me personally to be able to open the doors of Mercy at St. Thomas Aquinas in Flatlands and to close the doors of mercy here at St. Gerard Majella,” he said. “To think of all the graces and blessings that God has bestowed on this diocese this year is extraordinary, it’s remarkable.”

“There have been countless confessions, many groups that came and were introduced to the Chaplet of Divine Mercy for the first time,” Father Gannon said, “and many people that wanted to be invited back into the church after many years of not going to Mass.”

Many people accepted the Church’s invitation to open their hearts to the mercy of Jesus, including Dona Scaria who attended the closing ceremony as a visitor from St. Gregory the Great, Bellerose.

“I just want to go to heaven and meet Jesus, you know, because I know I am a sinner and I come with a lot of sins,” Scaria said, “so passing through this door makes me feel better.”

“It reminds us that we are all on a journey,” Father Gannon said, “a pilgrimage that started at our conception and was remade at our Baptism that will continue until we meet God face-to-face at the end.”

Bishop Chappetto not only blessed the church’s Holy Door, but also blessed a plaque that will be permanently placed above the doors in order to mark its historical significance.

Throughout the year, St. Gerard also placed a binder next to the door in order for visitors to record their names. It will be presented to Bishop DiMarzio as a historical document.

For one St. Gerard’s parishioner, the end of the Jubilee Year of Mercy will also be etched in her memory. Bishop Chappetto celebrated the sacrament of Confirmation for teenager Yailine Santos. Her father died last year in May, just three days before she was supposed to receive Confirmation. As a special blessing on Christ the King Sunday and at the end of the Year of Mercy, she was the guest of honor.

Contributing to this story were Melissa Enaje, Ed Wilkinson and Antonina Zielinska 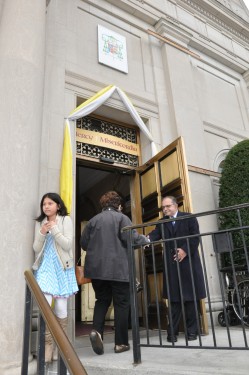 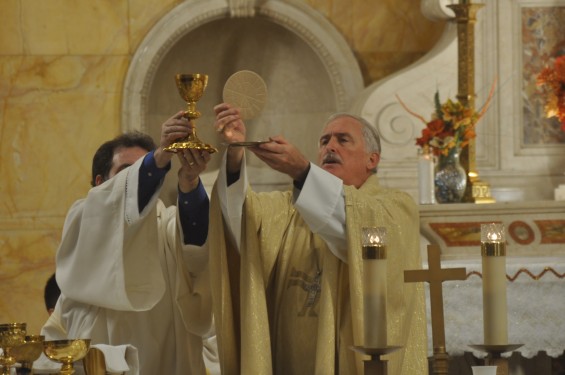 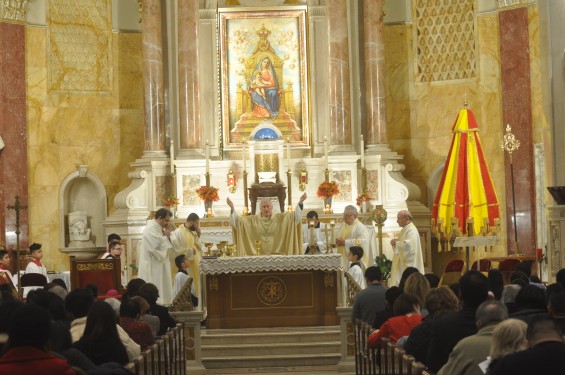 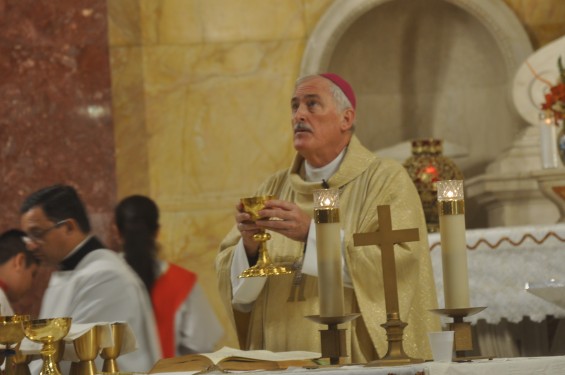 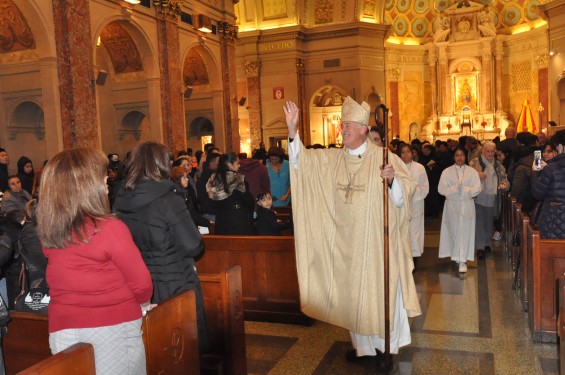 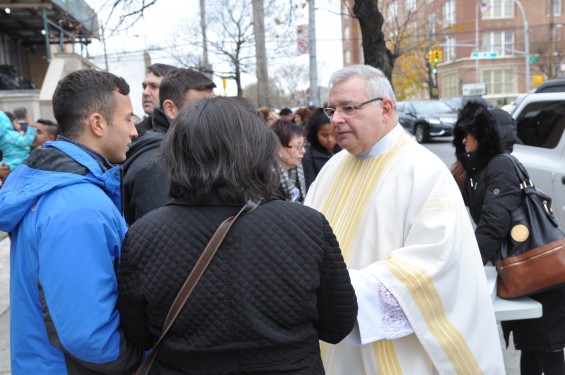 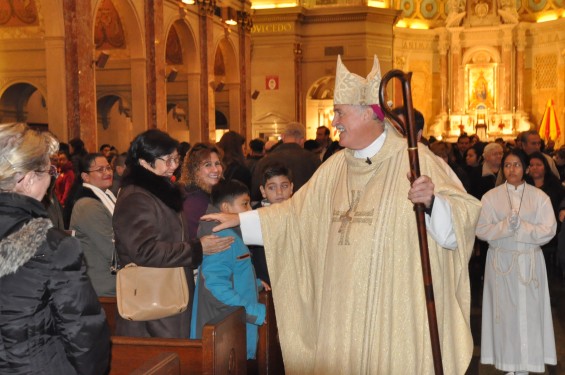 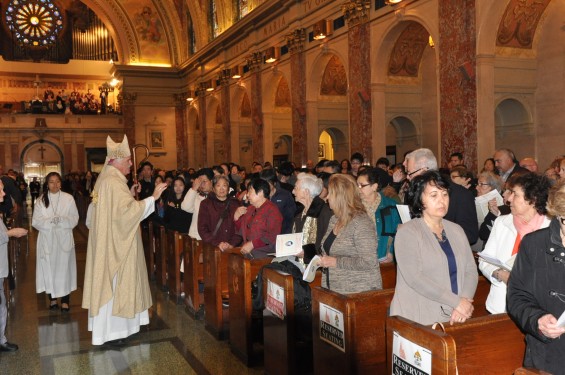 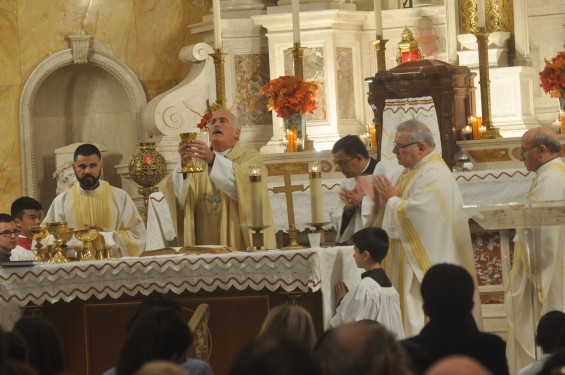 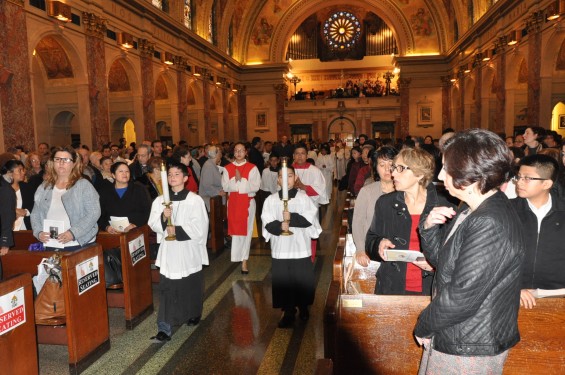 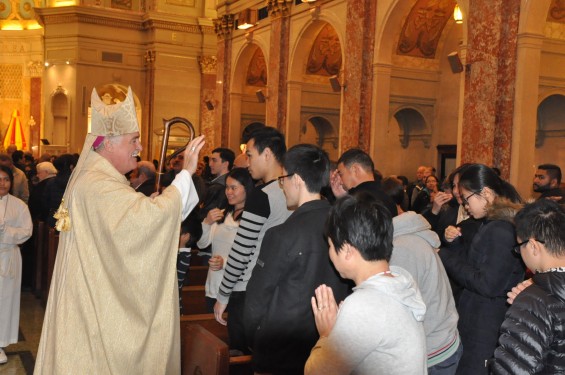 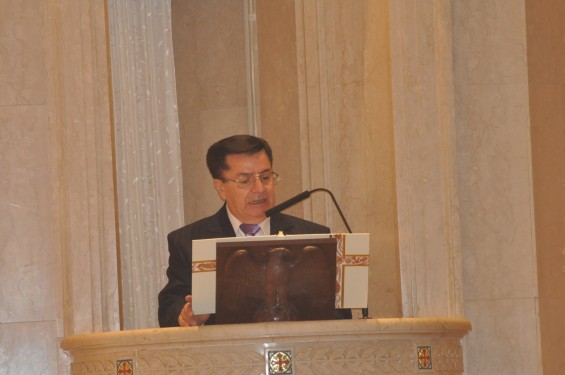 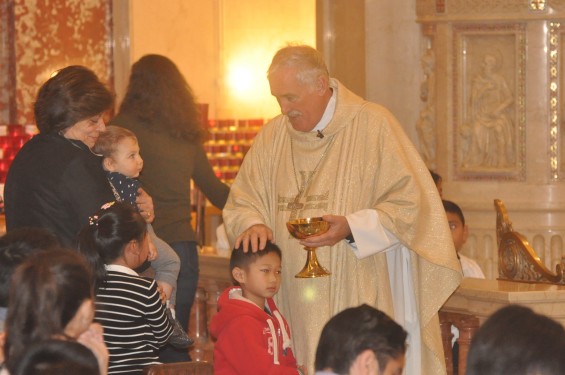 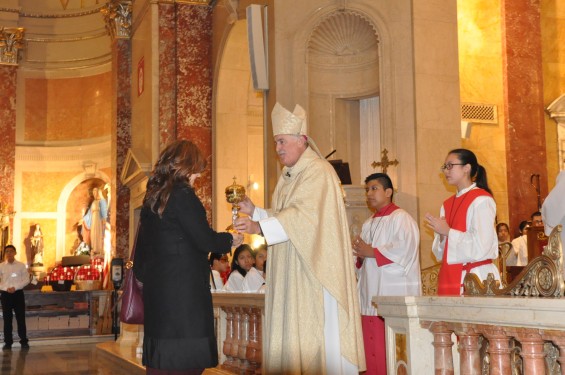 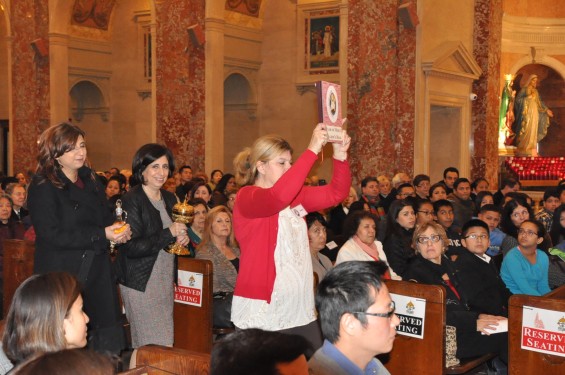 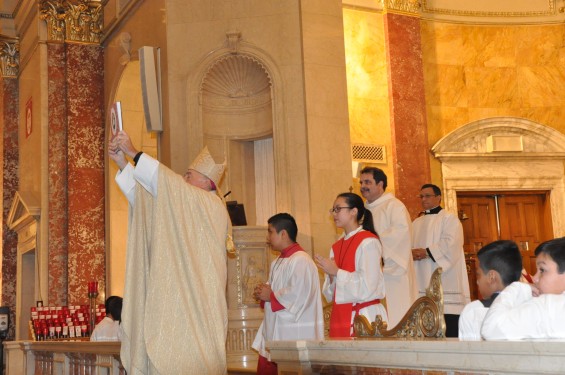 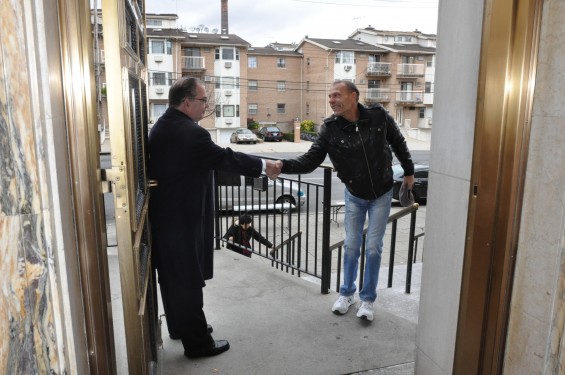 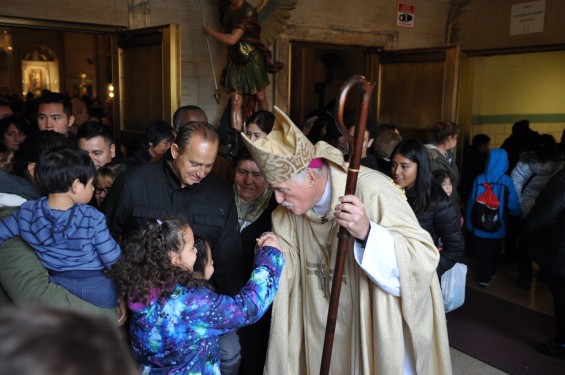 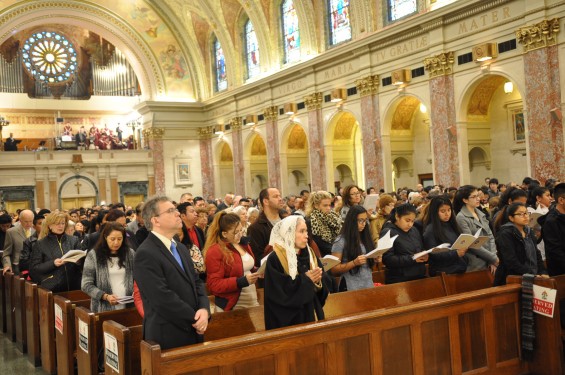 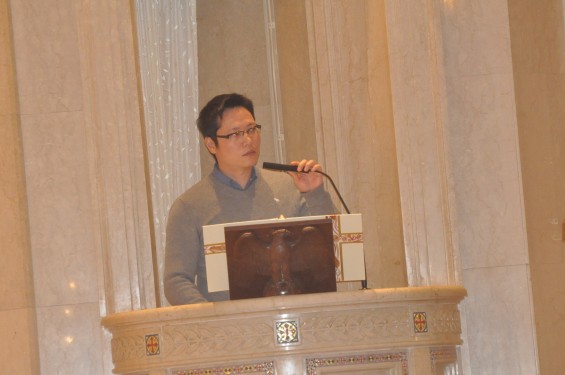 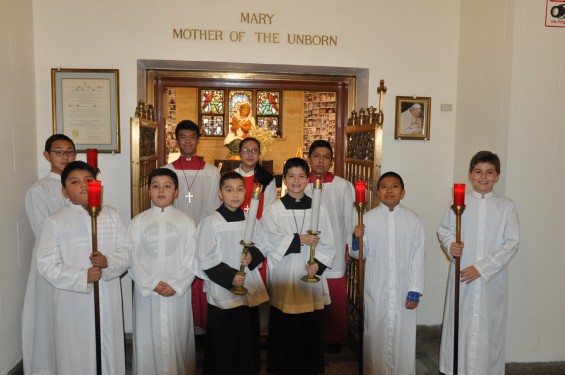 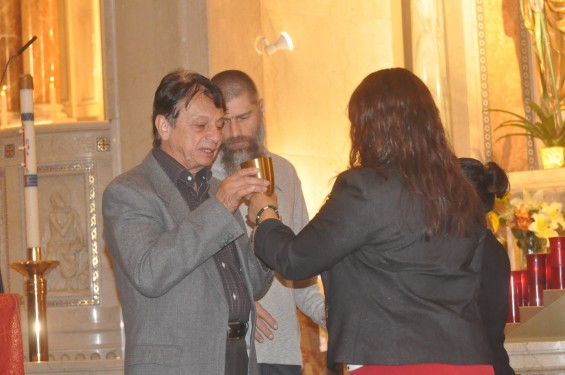 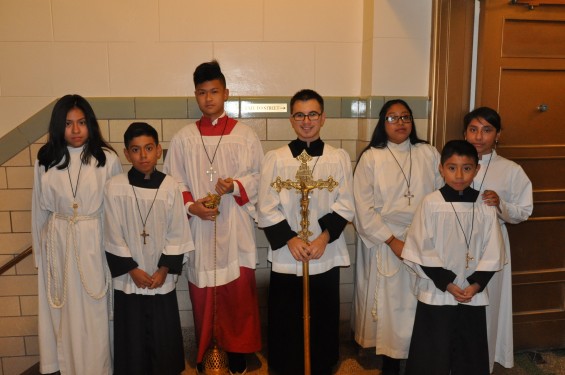 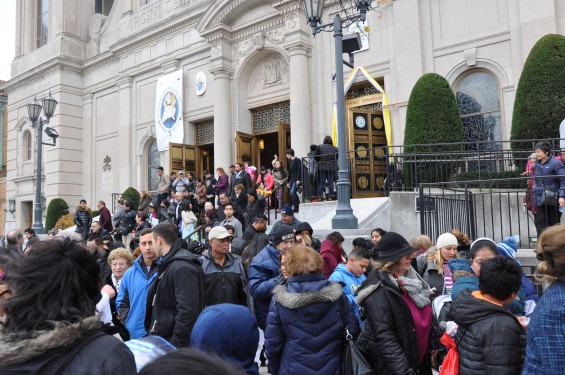