The first snowfall of the season may have kept some city residents close to home last Saturday, but a few flakes didn’t stop devotees of Our Lady of Guadalupe from celebrating her feast at St. Matthias Church.

Parish families with Latin American roots gathered as they do annually at the Ridgewood church to pray the rosary, share Mass in Spanish, enjoy Mexican fare and participate in a cultural program. A street procession was the only part of the festivities cancelled due to the weather.

As the patroness not only of Mexico, but also all of the Americas, Our Lady of Guadalupe’s feast has become a major celebration on the parish calendar, particularly for Spanish speakers from throughout Latin America.

“We are a big community from different countries, but we are all devoted to her,” said parishioner Olga Morales, who is originally from Puerto Rico.

‘All the Same Virgin’

Whether she is called Providencia or Altagracia, Quinche or the Immaculate Conception, Morales loves the Blessed Mother under all of her titles, and wouldn’t think of missing the annual festivities for Guadalupe.

“It’s all the same Virgin,” she said. “She brings us together as a community.”

That sense of community was seen and felt as everyone joined in singing a traditional hymn for this feast, “La Guadalupana,” between decades of the rosary prior to Mass.

Arrayed in the cultural attire and waving flags from various Latin American nations, children led the way for an entrance procession with a large image of the Virgin of Guadalupe. Four men carried her on their shoulders to the altar, where Bishop Tiedemann incensed and blessed the icon.

Roses were the sign Our Lady of Guadalupe gave to Juan Diego when she appeared to him on Tepeyac Hill in early December of 1531. The blossoms, and the imprint of her likeness they left on Juan Diego’s tilma, were proof to the local bishop that the Mother of God had indeed appeared, and he honored her request to build a church.

Not only did she receive a church, but also millions of spiritual children. Aztec natives, who had been conquered by the Spanish, converted to Catholicism after the Blessed Mother’s apparition. Guadalupe’s open arms continue to draw people close to her and Her Son more than 485 years later.

Parishioners extend that invitation through spiritual preparations that precede the actual feast day celebration, explained Father Andro, who ministers with the Spanish-speaking community in the parish.

Back in September, several images of the Virgin started a three-month pilgrimage, visiting parishioners’ homes for a week at a time. Host families prayed the rosary nightly, and invited others, especially those who have drifted from the church, to join them in the presence of the Virgin. 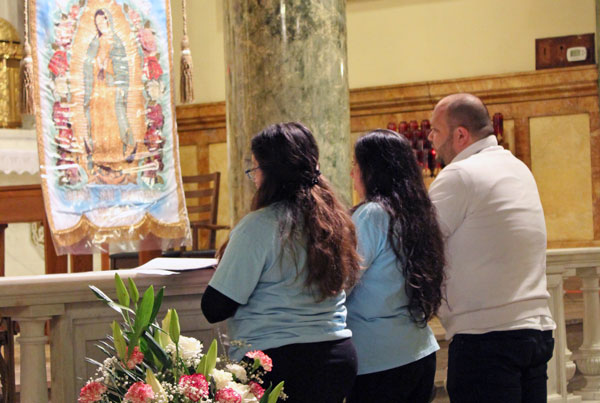 “It’s a beautiful apostolate,” Father Andro said. “It is very simple, very humble, but it is very fruitful.”

In the weeks leading up to the feast each year, he sees new people coming to Friday evening Masses in honor of the Virgin and taking part in her novena prayers.

“People are coming that we’ve never seen before. They are coming for confession, for the liturgy of the Word,” he said. “There can be miracles through this simple avocation.”

Amid the spiritual and social festivities that followed in the parish hall, Guadalupe’s sons and daughters offered flowers and prayers to thank her for the blessings she’s given them.

“She has brought me a nice family, a very humble family, and she’s been with me through many obstacles in life,” said Guallpa, who is a first-generation Mexican-American. “I belong to a family full of immigrants, so you always have to be on the lookout for, you know, just to take precaution.”

Raising her eyes to the image of the Virgin, Guallpa told a visitor, “She has been with us in so many ways, and we’re very thankful.” 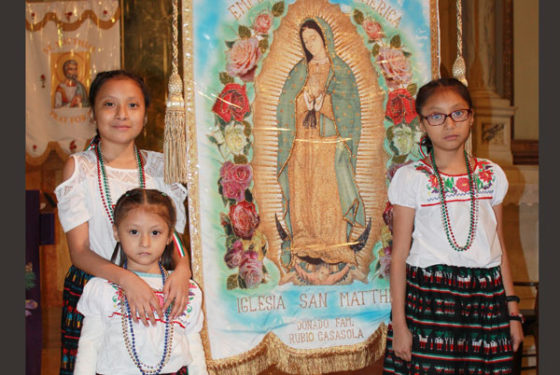 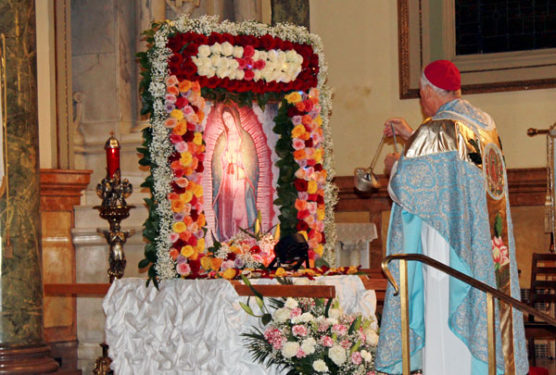 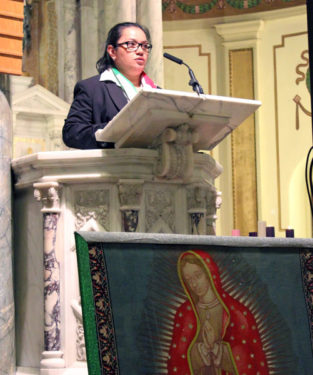 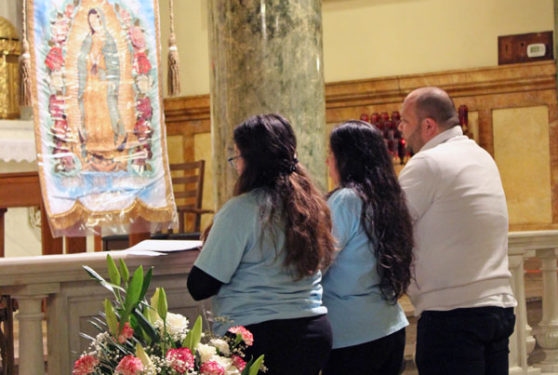 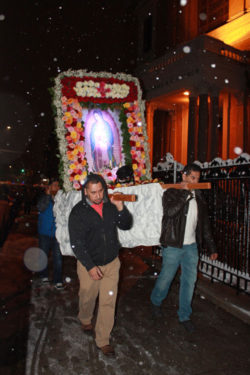 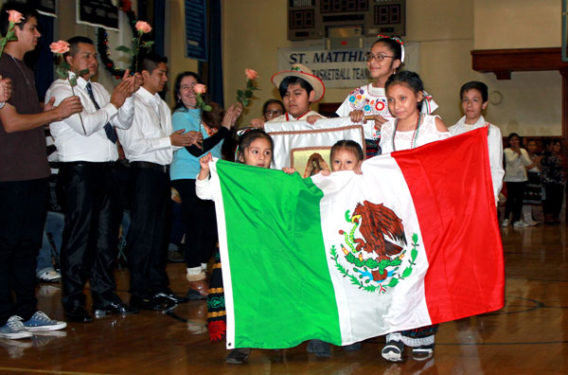 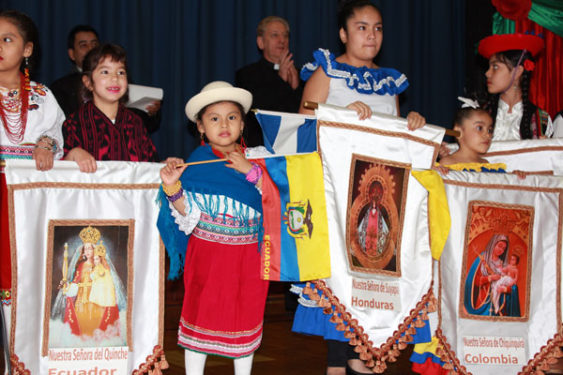 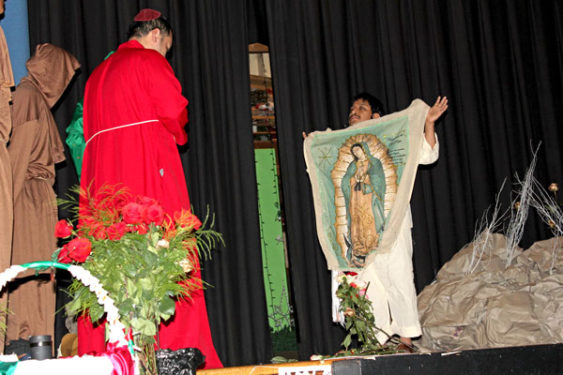 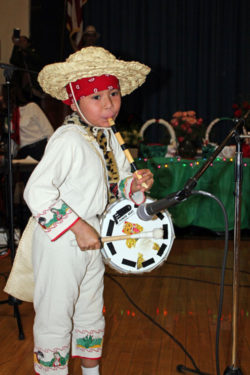 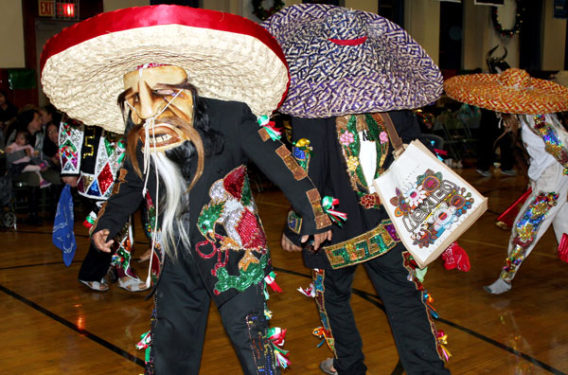 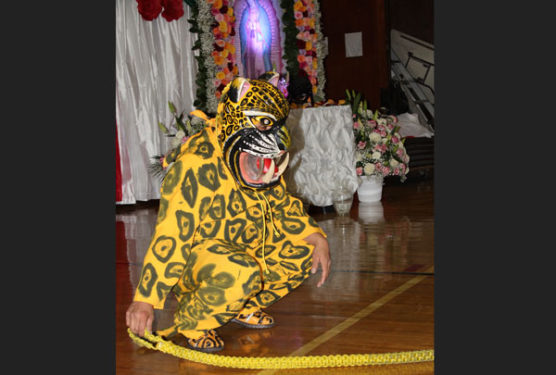 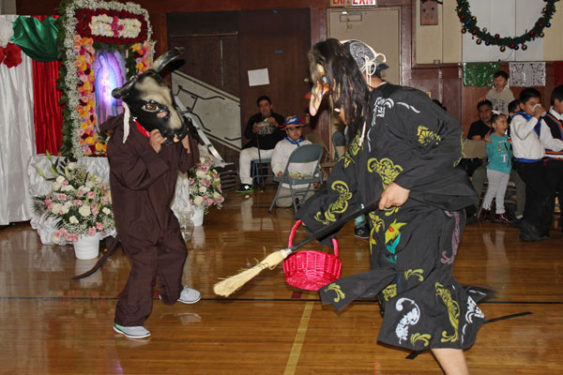 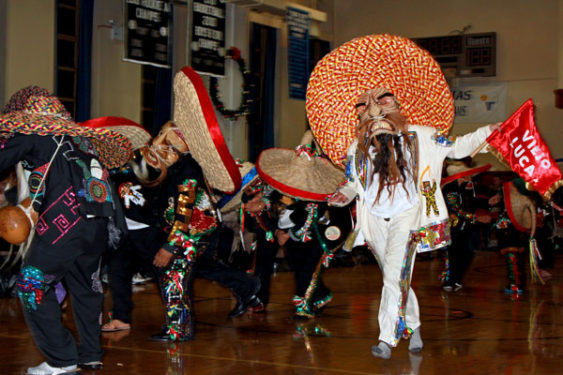 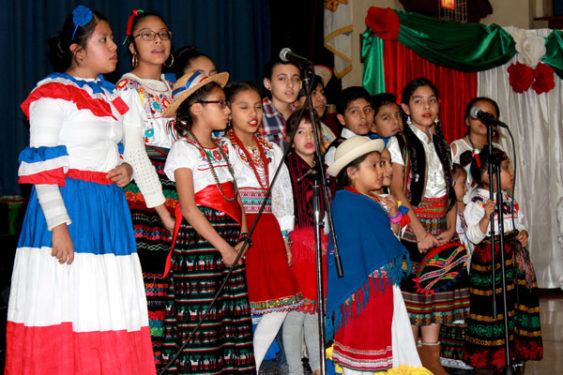