The St. Francis of Assisi parish teen group in Astoria – a youth ministry group for high school students – strives to foster a faith-based sense of community among its members and among the parish, especially through service.

This year, the teens focused on the social justice issue of homelessness. They participated in activities and discussions to better understand disparities in New York City and learned how various economic and social situations perpetuate the cycle of poverty and can eventually lead to homelessness. 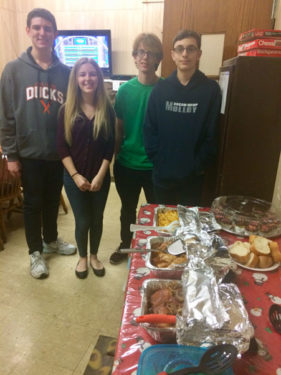 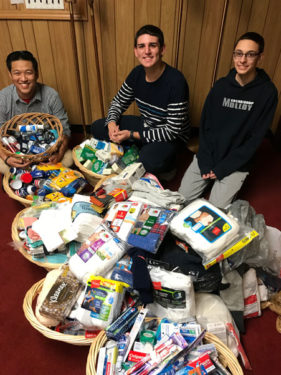 This past February, the teen group spent a Sunday afternoon cooking a meal for the men of the Immaculate Conception Homeless Shelter in Astoria, a satellite shelter of the Bronx Works Program.

As the group prepared macaroni and cheese, barbecued chicken, vegetables and cupcakes, they discussed how young people can play a part in combatting social injustices.

The next day, several members of the group greeted 10 men at the shelter, served them dinner and listened to the men share their experiences.

The shelter guests were grateful and touched that the teens shared their time and efforts. In the end, the youth group gained a better understanding of the importance of serving the underserved.

Soltesz is a senior at Archbishop Molloy H.S., Briarwood.