In an inspiring year when America saw a female African-American gymnast become an Olympic champion, the Diocese of Brooklyn saw its future “champions” of youth with the 22nd annual Kujenga Youth Leadership Retreat, held July 27-29 at the Immaculate Conception Seminary, Huntington, L.I.

The central theme for this year’s retreat, “Not a spirit of cowardice, but one of Power, Love, and Self Control” (2 Timothy 1:7), was reflected in group sessions and presentations throughout the weekend. This year’s presenters were Tony “Mr. Tony” Bellizzi, founder of the Hope for Children Foundation, and Kujenga leaders Stephen “Brother Gregory” McMullen and Linda Hazel.

This year’s retreat had a record number of participants.

“We had 72 young people who participated as Kujengans and 15 young adults between the ages of 19-24, who participated in the Chaperone in Training (CIT) program,” said seminarian Dwayne Davis, Kujenga coordinator and alumnus. “We had 12 graduates this year, which is double the number from last year. This was one of the largest graduating classes.”

Youth participants came mostly from Southeast Queens and East Elmhurst and from the Brooklyn neighborhoods of Canarsie, Flatbush, Bedford-Stuyvesant, Brownsville and Crown Heights.

When they arrived for the weekend, youth were separated into three different family groups: Ankh (high school freshmen, ages 14 to 15); Sankofa (high school sophomores, ages 15 to 16); and Dove group (high school juniors and seniors, ages 17 to 18).

Over the weekend, youth participated in arts and crafts, sports and a talent show. They also took part in a community service activity in which they made small care packages of toiletries for a local shelter.

Spiritual offerings included a rosary rally, Marian crowning service, confession and a lively prayer and worship service. The service featured a band, New Name (www.live2worship.org), which performed this year’s theme song, “I give myself away” by William McDowell.

The culmination of the weekend was Mass, which was concelebrated by Father Caleb Buchanan, pastor of St. Laurence parish, East New York; Father Ed Mason, pastor of Our Lady of the Presentation-Our Lady of Mercy, Brownsville; and Father Lawrence Onyegu, of Maria Regina Church, Rockville Centre.

This year’s conference saw many firsts. Kujenga ‘Doves’ John Romero, 18, of St. Bonaventure, Jamaica, and Tyler Perez, 17, of Our Lady of the Presentation, Brownsville, became the first Hispanics to graduate from Kujenga.

“My weekend at Kujenga is hard to put into mere words,” Romero said. “This weekend has helped not only fill up my heart and soul with the grace of our all-powerful Savior but introduced me to a simple word: faith. Faith is defined as a strong belief in supernatural powers that control human destiny without there being any concrete proof. All of us participating in Kujenga, both past and present, have had our faith strengthened and renewed.”

“My Kujenga experience was a fun and memorable one,” shared Perez. “I felt empowered by the motivational speeches made by the counselors, staff, CITs and guest speakers. The Kujenga retreat truly helps build character. [It is] an experience that I’d highly recommend other youth to have.”

Representing the Sankofas, Ashley and Lauren Mahon, 15, are the first twins to attend Kujenga. They attend St. Jerome, East Flatbush, and are students at Midwood H.S., Brooklyn.

“I met so many people that became like family,” Ashley said. “I felt like I became closer to God. I learned how to deal with situations and that God is always there and loves us.”

“I became friends with a lot of people quickly,” Lauren added. “It was a good experience for me. I became closer to God and learned a lot of new things. … I’m happy that people in my church encouraged me to come.”

“Being here showed me the greatness of God, and the Holy Spirit was filled through me,” DeGuire said. “I loved how I was able to be open about my spiritual identity and spirituality around other teens in my age group. I would love to come to Kujenga next year.”

As for Lewis, she said, “I actually feel I had connected even more with God, and they did have fun activities that I, as a teen, enjoyed. I also made a lot of new friends from different parishes in Brooklyn and Queens.”

Another first was a second-generation Kujengan, Brian Davis, brother of seminarian Dwayne Davis. Brian became the second in his family to graduate from the program. He will attend John Jay College of Criminal Justice, Manhattan, this fall.

For the 15 young adults training to be chaperones, the weekend also included a half-day silent retreat.

“We wanted to provide them with an opportunity to get something out of the retreat in addition to learning what it means to be a chaperone,” Dwayne Davis said. “It is our goal that they become the chaperones of tomorrow.”

Sandy Thomas, from St. Gabriel’s parish, East Elmhurst, called the training “a very humbling” experience, and she looks forward to serving as a chaperone one day.

“Kujenga has come a long way, and has transformed before our eyes,” noted Davis as he reflected on Kujenga’s 22 years in the Brooklyn Diocese. “When the program began, its focus was to help young black Catholic youth understand a sense of family and identity. Now, it has grown to focus more on youth in the inner city.

“Kujenga will never lose its identity of helping black youth realize who they are as black Catholics, as well as developing a greater relationship with the Holy Trinity. Kujenga is open to any youth who is interested in deepening his or her faith, learning about the importance of family and black Catholic history.” 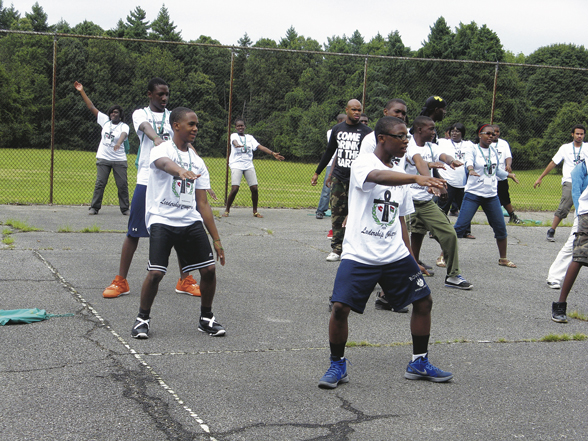 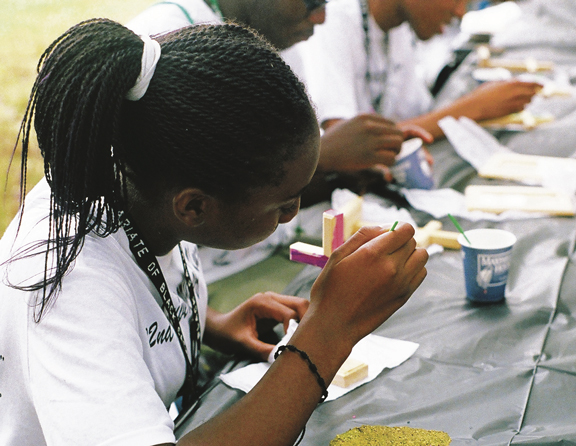 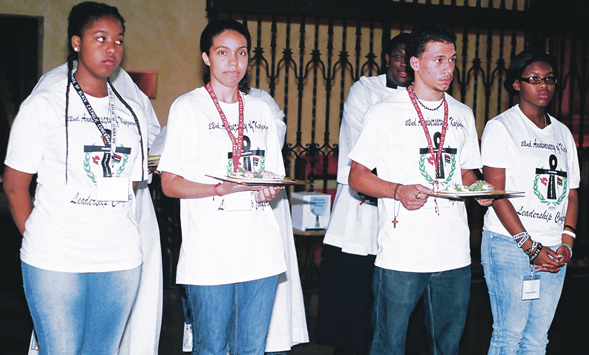 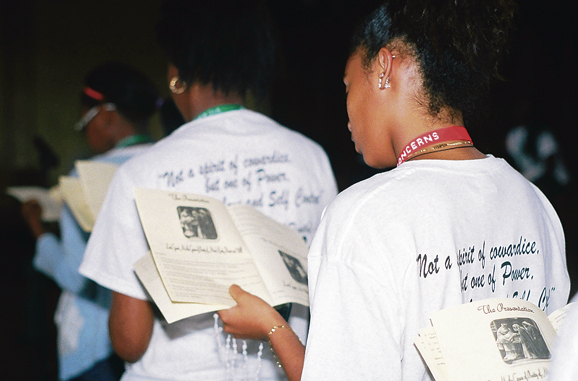 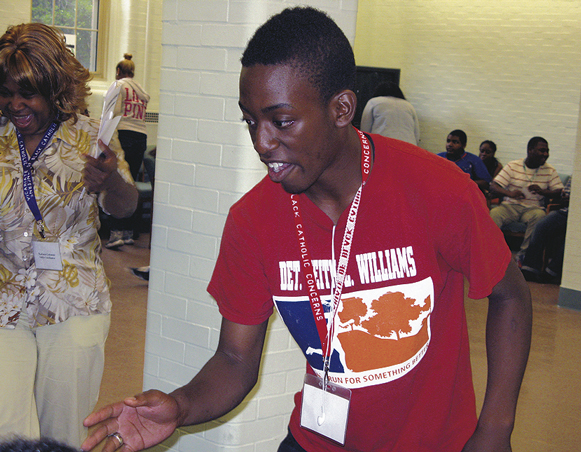