Most people associate the name “Father Capodanno” with the boulevard that runs along the eastern shore of Staten Island.

However, there’s a reason Seaside Boulevard was renamed to honor the priest.

Servant of God Father Vincent Capodanno was a U.S. Navy chaplain assigned to a U.S. Marine Corps Regiment during the Vietnam War. He lost his life in 1967 as he fervently carried out his responsibilities on the battlefield. He was only 38 years old at the time.

His sacrifice has inspired military chaplains nationwide to seek God by serving others, regardless of the dangerous circumstances. One of those chaplains is Brooklyn’s own Father Anthony Dell’Anno, chaplain of the Kings County Chapter of the Catholic War Veterans.

The chapter awarded Father Dell’Anno with the Father Vincent Capodanno Award Oct. 2 at its annual dinner at the Rex Manor, Bensonhurst. The dinner honors Italian American service members who fought in American wars.

The Catholic War Veterans were organized on May 9, 1935 by a former World War I Army chaplain, Father Edward J. Higgins of Astoria. The organization is dedicated to a program of united action to promote the well-being of all veterans and has 400 active posts in the 50 states. 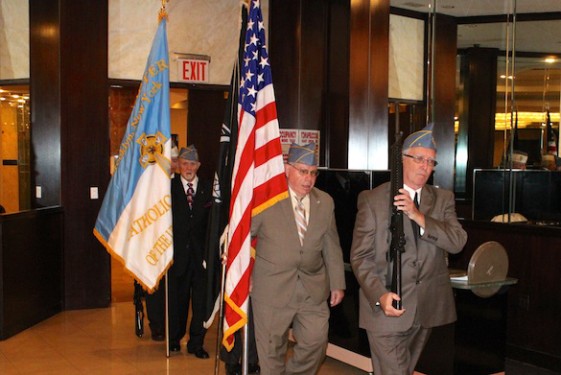 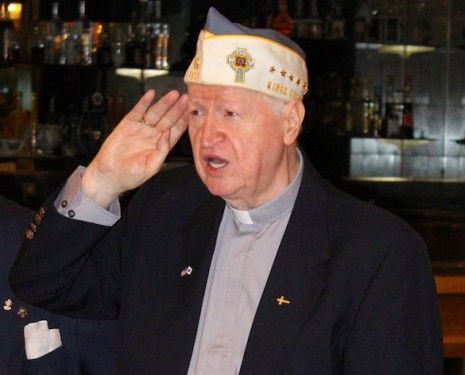 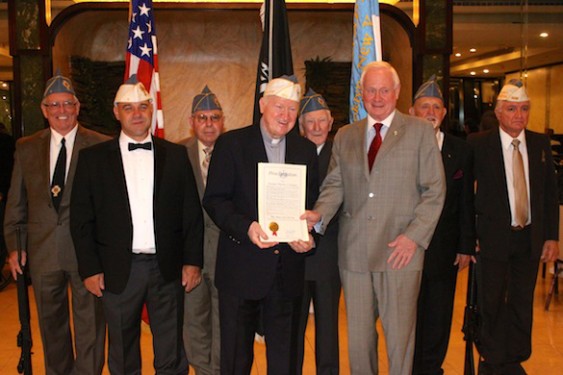 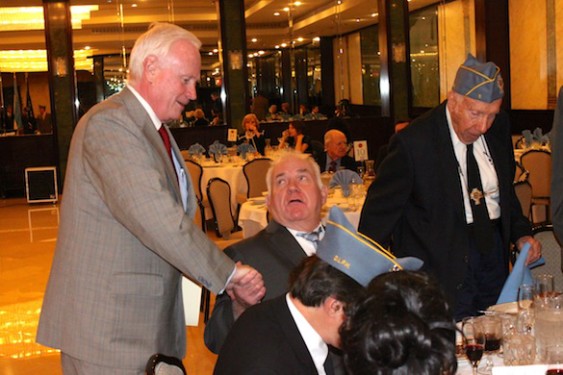 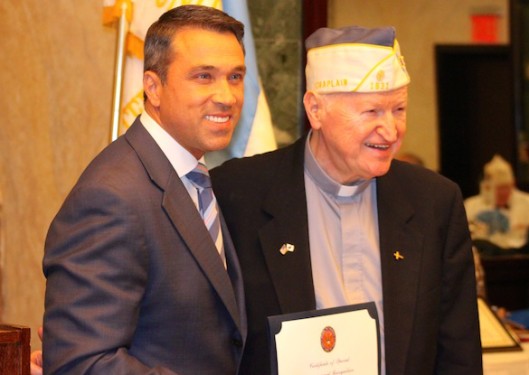 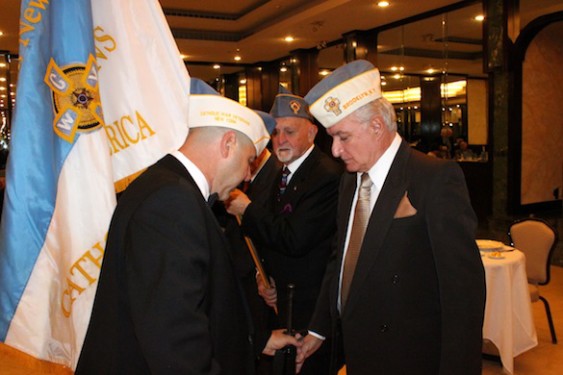 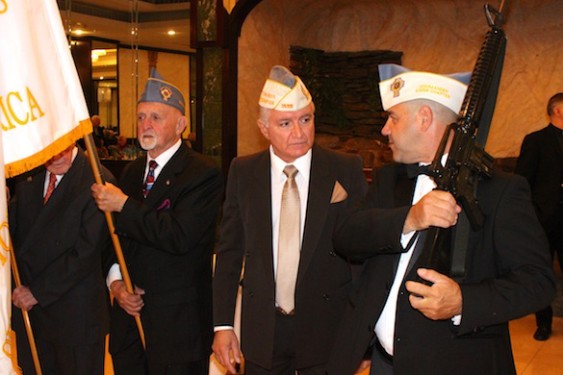 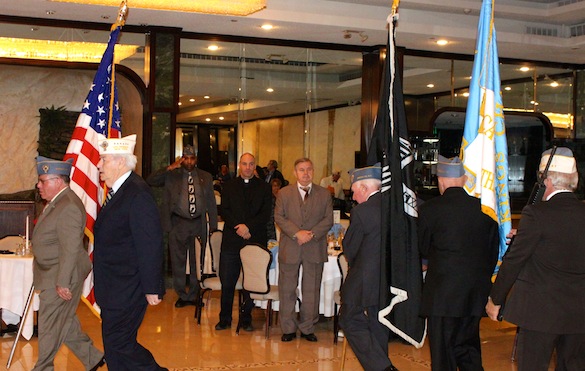 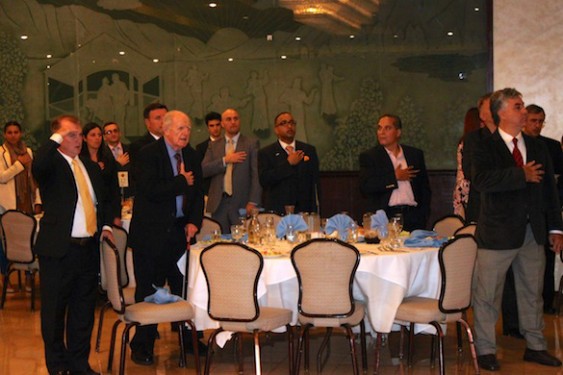 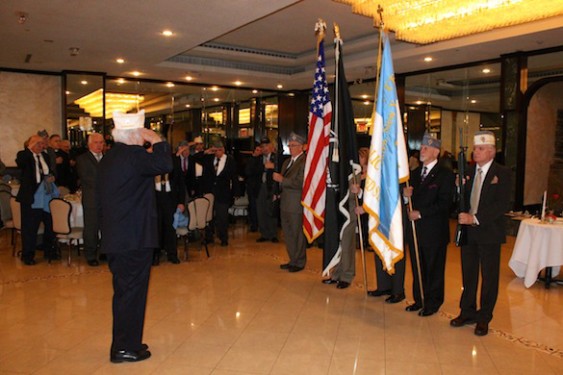 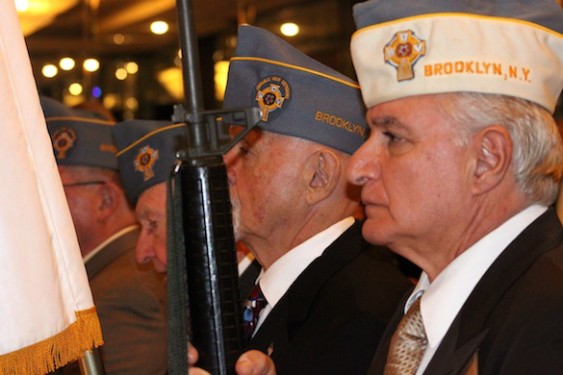 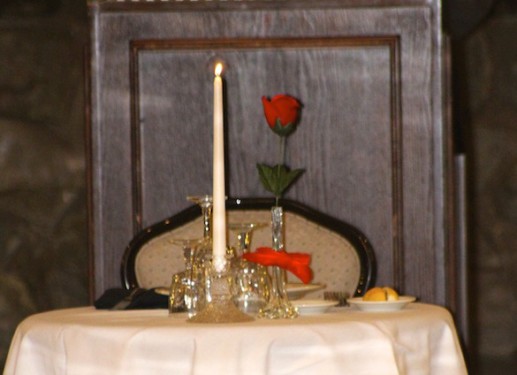 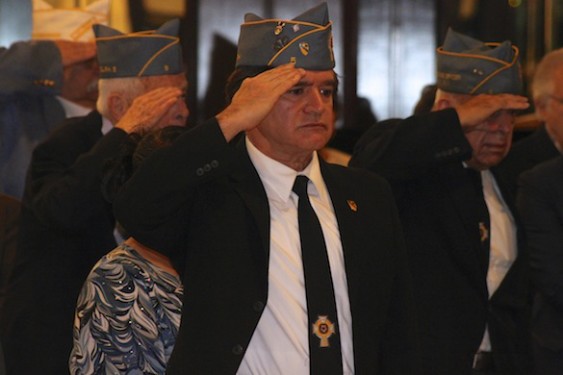 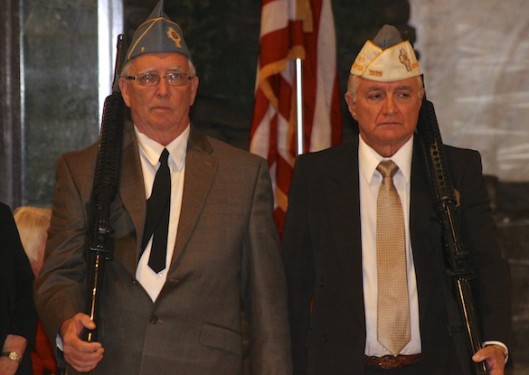 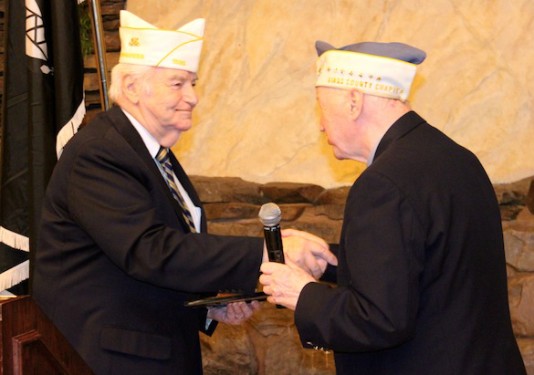 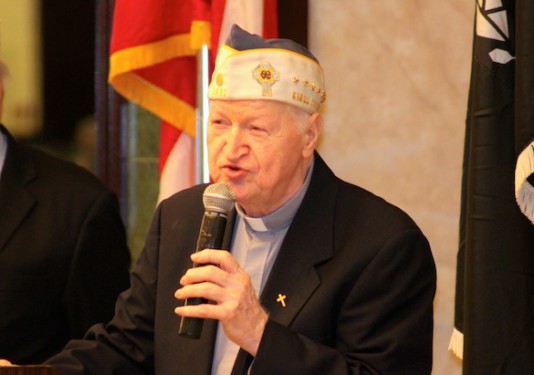 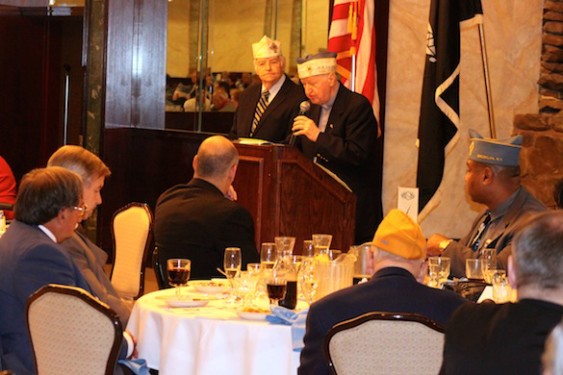 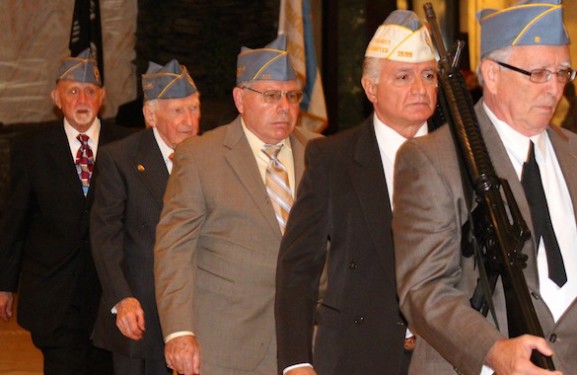 Father Dell’Anno celebrated the 45th anniversary of his ordination in May of this year. He was born in Fort Greene and attended Bishop Loughlin M.H.S., Fort Greene, and St. Francis College, Brooklyn Heights, before beginning his priestly vocation at Our Lady of Angels Seminary, Glenmont, N.Y.

His first assignment in the Diocese of Brooklyn was at SS. Simon and Jude, Gravesend, for nine years before moving on to Immaculate Heart of Mary, Windsor Terrace, for 14 years; Our Lady of Angels, Bay Ridge, for three years; St. Aloysius, Ridgewood, for seven years; St. Bernadette, Dyker Heights, for three years; and finally St. Edmund, Homecrest, where he is in residence as a semi-retired priest.

For 35 years, Father Dell’Anno has served in a variety of capacities for the Catholic War Veterans, including tenures as national and New York State chaplain. He said it has been a privilege to be able to work with veterans who have given of themselves in service to their country.

“I am humbled,” Father Dell’Anno said of receiving the award. “I’m receiving it, but really it belongs to so many other chaplains in the armed service…unsung heroes really for the men because they say his (Father Capodanno) inspiration was so moving that even some of the best officers didn’t do as well getting the loyalty of the troops, and he certainly did that.”

Father Dell’Anno said he was personally inspired when he read about Father Capodanno’s service as a chaplain. After completing his studies at Maryknoll Seminary, Ossining, N.Y., Father Capodanno reported to the 7th Marine Regiment in Vietnam in 1966.

During his tour, he cared for the spiritual needs of the Marines, spoke with them daily and even traveled with them on their missions throughout South Vietnam.

“The compassionate Marine (Father Capodanno) never feared danger,” Father Dell’Anno said. “When troops assembled for combat operations, he was with them. When they went into the heat of battle, he was with them. During the fiercest fighting, all the infantry men would watch over Father Capodanno because they knew he would be moving among the men ministering to those in greatest need, even to the front line – never concerned with his own safety, concerned only with his men.”

After his tour had ended, Father Capodanno requested an extension to remain with the troops, and he was then assigned to 5th Marine Regiment. On Sept. 4, 1967 – the start date of Operation Swift, which was carried out to rescue two Marine companies that had been previously ambushed by the North Vietnamese Army – he requested to accompany the troops on their mission in the Thang Binh District of the Que-Son Valley of South Vietnam.

The battalion of 500 U.S. Marines encountered a North Vietnamese unit of 2,500 soldiers, but despite these odds and the fact that his own life was in grave danger, Father Capodanno went to the wounded and dying to administer absolution and last rights.

He noticed a Marine 15 yards from him had been knocked down by an automatic weapon, so he went over to offer aid, despite the overwhelming enemy fire. However, the same weapon detonated again, taking his life.

Father Capodanno was posthumously awarded the Medal of Honor, the country’s highest award for bravery in combat, on Jan. 7, 1969. That same year, Father Dell’Anno was ordained a priest.

And just like Father Capodanno, Father Dell’Anno continues to carry the cross of serving the Catholic War Veterans who have risked their own lives to protect the safety of others.