Bishop Nicholas DiMarzio and Msgr. Jamie Gigantiello, vicar for development, joined schoolchildren from Brooklyn and Queens on the Diocese of Brooklyn’s float in the New York City Columbus Day Parade on Oct. 12 in Manhattan. The Brooklyn Diocese participated in the annual parade with a float that also featured top singing voices such as Danny and Maria Rodriguez, Stephanie Hanvey and Sal “the Barber” Spitola. Bishop DiMarzio later joined New York Auxiliary Bishops Gerald T. Walsh and Dominick Lagonegro at the reviewing stand at St. Patrick’s Cathedral. (Photos by Ed Wilkinson) 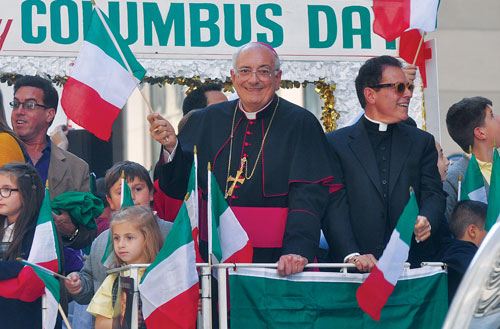 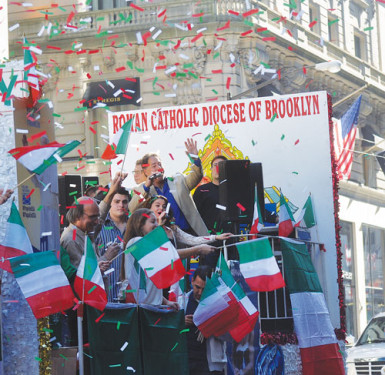 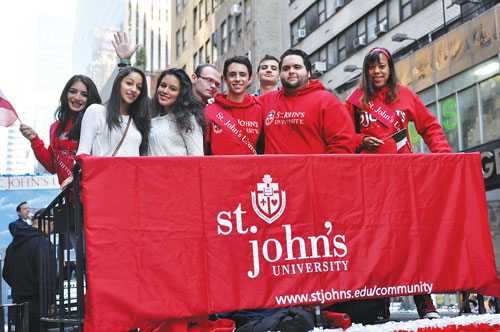 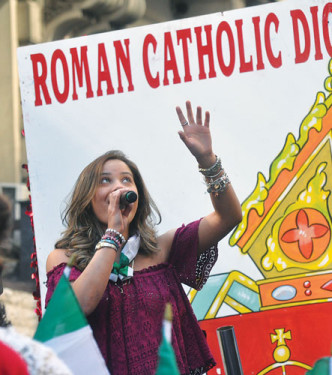 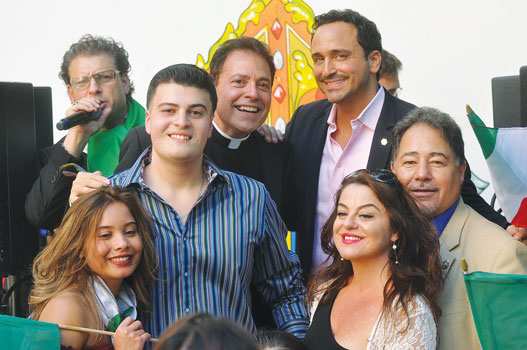 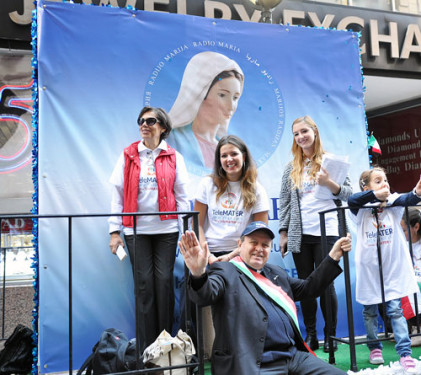 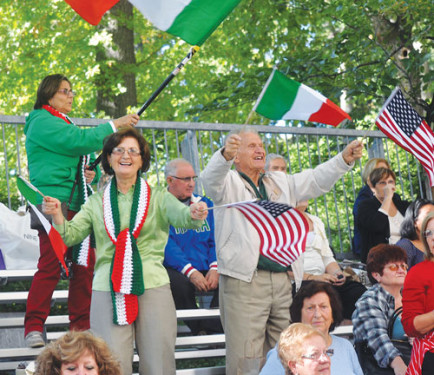 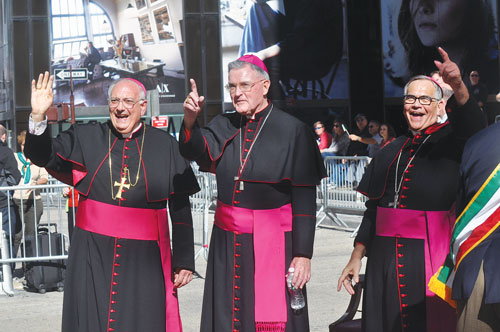