This event has become a staple of the Bergen Beach and Mill Basin community and between the parishioners of St. Bernard Church and the congregants of Temple Sholom. 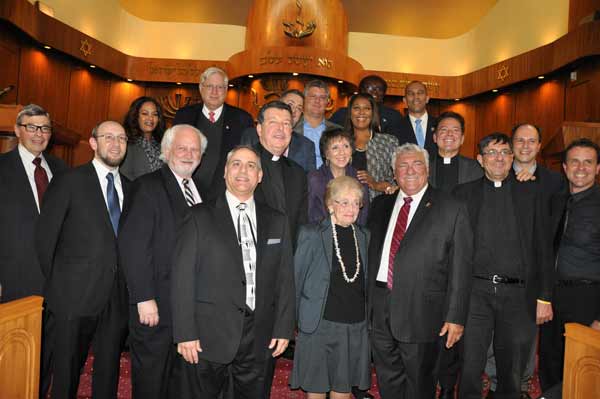 Keeping with the theme of “civility,” the service featured readings and music to highlight the themes of gratitude and community, and to reinforce the ideal of mutual respect and embrace our diversity as a strength of our global community.

In that spirit of support and love, and in recognition that we are all brothers and sisters, the St. Bernard Knights of Columbus Council, led by Grand Knight John Piccirillo and Deputy Grand Knight Anthony Patrizio, gave an “Offering of Trees” to be planted in Israel in honor of the lives lost and those injured in the recent synagogue shooting in Pittsburgh, Pa., and in memory of the recent passing of Sheldon Durst, a longtime congregant of Temple Sholom.

The service was organized by members of St. Bernard and Temple Sholom, including Seddio, Thomas Sorrentino Jr., Audrey Durst and Frank Carone.