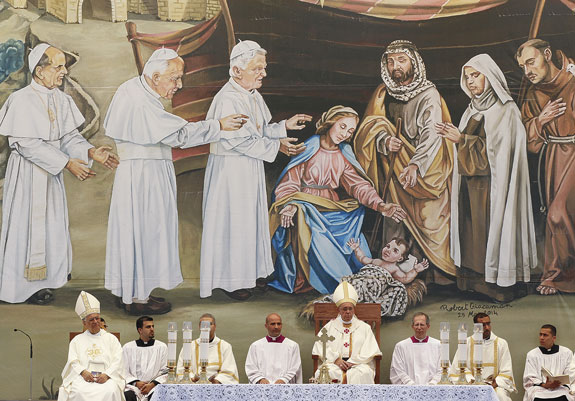 Pope Francis celebrates Mass at Manger Square in Bethlehem, West Bank, May 25. The backdrop depicts the three popes who previously visited the Holy Land: Popes Paul VI, John Paul II and Benedict XVI, as well as St. Clare and St. Francis of Assisi… At left, Pope Francis and Rabbi of Western Wall Shmuel Rabinovitch walk towards the Western Wall in Jerusalem May 26. Pope Francis spent the last morning of his three-day pilgrimage to the Holy Land meeting with Muslims and Jews and calling for closer relations among the three major monotheistic religions as the basis for peace in the region… At right, Pope Francis is welcomed by Jordan’s Prince Ghazi bin Muhammad bin Talal upon his arrival at Queen Alia International Airport in Amman May 24. 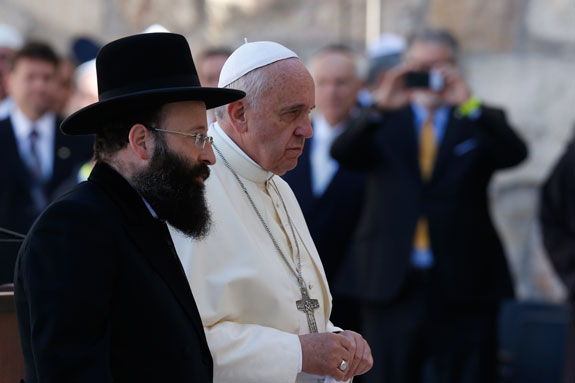 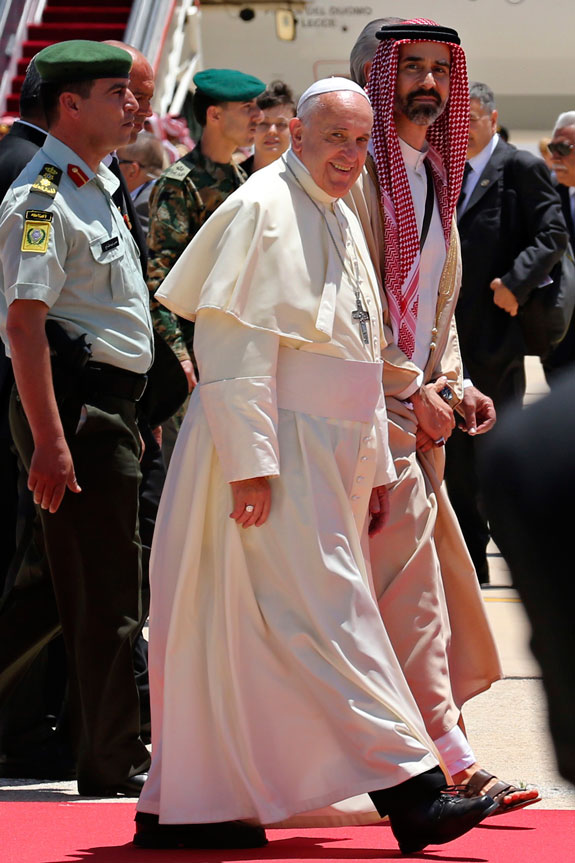