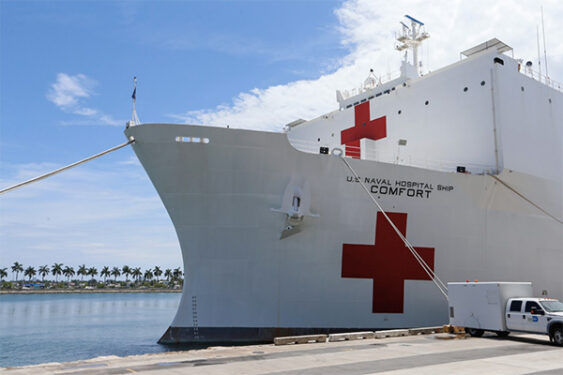 The Comfort is approximately 70,000 tons. It was originally an oil tanker before it was converted into a hospital vessel in 1987. The vessel is almost 900 feet long and 106 feet at its widest point. Speeds can reach up to 17.5 knots ­— over 20 miles per hour. (Photo: Joe Skipper/Getty Images) 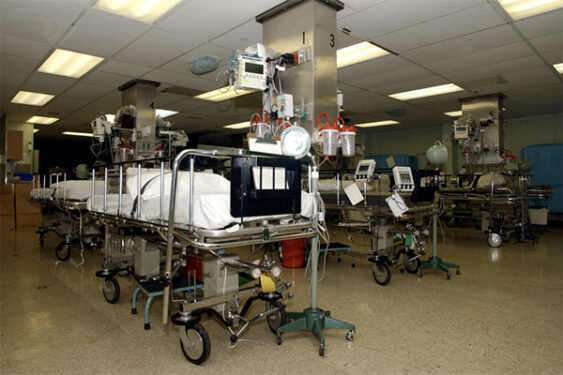 Each crew will have a chaplain on board with them. In addition, the vessel can house up to 1,200 doctors, nurses and medical specialists. (Photo: Kevin H. Tierney/U.S. Navy/Getty Images) 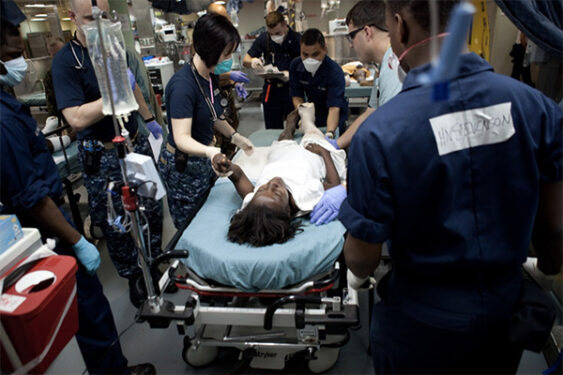 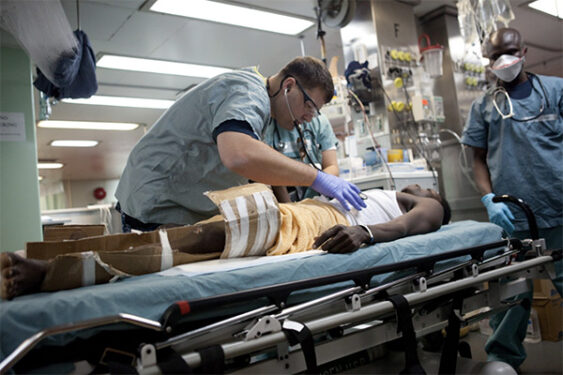 The USNS Comfort has played roles in operations Desert Shield and Desert Storm. It also has come to the rescue of victims of massive natural disasters, like Hurricane Maria in Puerto Rico and Haiti’s earthquake in 2010. (Photo: Brendan Hoffman/Getty Images) 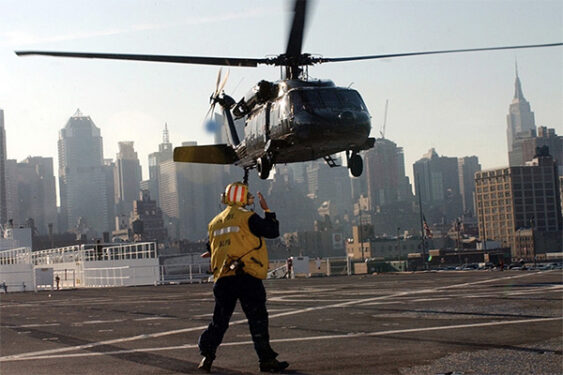 The Comfort also features a helicopter landing pad, which was used when the ship docked in New York Harbor after the 9/11 terror attacks. (Photo: Aaron Peterson/Courtesy of the U.S. Navy/Getty Images)

United States Navy personnel are coming to come to the aid of their fellow Americans aboard two floating hospitals that have docked on both coasts. The order comes from their commander as doctors and government officials warn that hospitals in major cities, like Los Angeles and New York, could face severe overcrowding and lack of medical resources.

The hospital ships are utilized in all sorts of natural disasters and wars, but combating a virus here in the United States is an unusual task. “We aren’t facing an enemy we can see, or that we can respond to in traditional ways,” Archbishop Timothy Broglio told The Tablet. Still, the leader of Military Services, USA believes that no challenge is too big for the United States Navy.

The USNS Mercy has been in use since it docked in the port of Los Angeles, and the USNS Comfort arrived in New York Harbor on Monday, weeks ahead of its original timetable. The same ship docked in Lower Manhattan in 2001 after September 11.

The floating hospitals will not treat patients for COVID-19. Instead, U.S. Navy officials have said the vessels will function as “relief valves” for hospitals by admitting patients with other illnesses. This will, hopefully, free up the capacity of hospitals on land to treat infected patients. The personnel manning the ships have been, and will be, “screened” but not tested for coronavirus before embarking. Anyone who tests positive will be removed and cared for on land.

The USNS Comfort has 1,000 beds, 12 fully equipped operating rooms and can house up to 1,200 doctors, nurses and medical specialists.

“They know how to work together,” said Archbishop Broglio. “We have to give thanks that we have the Armed Forces, the Reserve, and the National Guard that are ready and willing to respond to a national emergency.”