Writing anonymously, fearing for his own safety, a saddened, frustrated priest sends this impassioned message from inside Haiti. 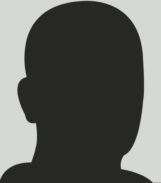 Haiti never stops dying. It’s the sad truth. The people in the streets say this, and according to my little experience in Haiti as a Catholic priest, Haiti is dying. The Pearl of the West Indies is caught up in a whirlwind of systemic corruption and violence at all levels of the state and society, the last avatar of which is the phenomenon of gangs — a blight growing since 2004 and especially since 2011.

Gangs are the armed wing of politicians and major players in the Haitian economy — the oligarchy, made up of a few Haitian families who hold the wealth of the country, who make and break presidents with their support, which is said to be from international sources.

Some gangs are there to protect the population from the absence of the state and to enforce a certain “law.” Others are there to seize as much territory as possible in order to control the votes in, and therefore the outcomes of, elections.

Finally, others, like the 400 Mawozos (“lost” in Creole), are also doing a lucrative business — kidnappings. The money collected will be used to buy arms and bullets, or to control more territory, or to help the poorest, even to build health clinics.

According to the testimonies of priests kidnapped last May, these men are no better or worse than you and me. They try to survive, succumbing to the temptations of big money from politicians of all tendencies and big businessmen, who secretly keep pulling the strings in this macabre game.

For more than 200 years, the absence of any notion of “common good” has been a constant here. The “Haitian nation” does not exist, but there are groups, clans, and families who clash in struggles of terrible influences. Their mindframe is survival of the fittest—that is, the strongest.

The 400 Mawozos have the reputation of treating their captives well throughout the negotiations. In the case of the 17 Americans recently kidnapped, nothing is officially known, but it is certain that secret negotiations are surely under way (as of this date, Oct. 20) to adjust the offer and the ransom demand.

Considering the current situation in Haiti, I think that this group of missionaries was reckless, especially in taking women and children along with them. Only missionaries living here in a stable way are, for the moment, able to help the population — though not without risks.

Finally, more and more, we feel this population’s animus toward the government — but not the people — of the U.S.

The country is accused of manipulating Haiti politically and of not seeking the best interests of Haitians. This is also problematic because all the political interlocutors here are lacking righteousness.

What to do then? In human terms, the situation in Haiti is insoluble. To intervene sustainably and directly is to take the risk of being accused of being a colonizer. To do nothing is to push the Haitian people even deeper into more inhuman misery.

Perhaps we can form a new generation of politicians outside the country while, through such means as diplomacy, those influencing the currrent situation can be pressed to take meaningful actions for the good of the Haitian people. The nation’s leaders of government and law enforcement are riddled with corruption and unlikely to respond to good advice or extra money.

And pray that a providential man rises one day, as has been the case in many other countries.