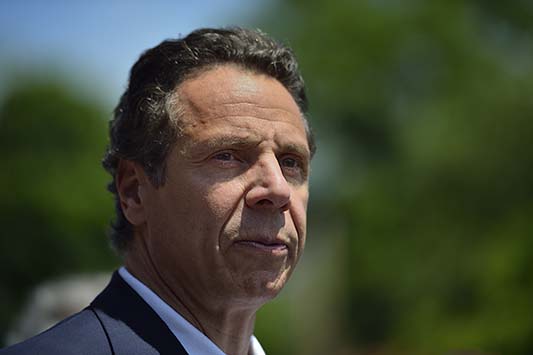 NEW YORK — Governor Andrew Cuomo has extended the state’s lookback window for victims of abuse to file civil lawsuits until January 14, 2021, due to the COVID-19 pandemic.

The New York Child Victims Act (CVA) took effect last August and extends the statute of limitations for abuse victims which had originally allowed for a one-year window in which victims could bring suit. Further, the legislation extended the statute of limitations for civil claims, now allowing survivors to file a claim until they are 55 years old. Last December, a similar window allowing for two years took effect in New Jersey.

Given that courts have been closed for nearly two months, the governor said on Friday that he would extend the special period into 2021.

In March, the legislature granted Cuomo broad powers amid the pandemic. At the time, however, the New York Civil Liberties Union and some legislators voiced opposition to it. Presumably, Cuomo is exercising those powers herein announcing this extension, though it remains to be seen as to whether he will face a challenge from legislators over it.

“The governor has issued a slew of executive orders on any number of things, including elections and the petitioning process for getting on a ballot, motor vehicle inspections and registration renewals, waivers of regulations to allow out of state doctors to practice here,” Dennis Poust, the director of communications for the New York State Catholic Conference told The Tablet.

“Among those was a tolling of statutes of limitation from the time that he suspended most court proceedings. It was unclear if the CVA window, which is not a statute of limitations but rather a legislative action to provide an extraordinary look back at previously time-barred cases, was covered by the tolling,” Poust continued.

“CVA advocates were concerned it was unclear, and have been advocating for an extension. The governor has been asked several times about a bill that would extend the statute of limitations by another year, but had not taken a position,” said Poust. “The decision to extend it through executive order is not terribly surprising to us.”

“We will continue to work toward healing and justice for survivors of clergy sexual abuse, whenever it occurred and regardless of the status of the Child Victims Act,” said Poust.

“Today, we stand with victims who were sexually abused as children. We have reached this point because too many victims all across society have sadly carried this heavy cross for far too long. Sexual abuse is a heinous crime, and victim-survivors now have a new avenue to seek redress through the Child Victims Act,” said Bishop Nicholas DiMarzio of Brooklyn when the legislation first took effect.

“For anyone abused by a priest, employee, or volunteer — I am sorry that a member of our church who you trusted became the source of pain and anguish. You should know the Diocese of Brooklyn has instituted the most aggressive policies to prevent any future abuse and to protect children,” he continued, while also noting that the Diocese would continue with its Independent Reconciliation and Compensation Program, which has allowed some 500 victims to receive financial compensation and emotional support.

“The Diocese of Brooklyn will never stop fighting sexual abuse. We will never stop supporting those who need healing and will forever work to restore the faith of those we have failed,” said Bishop DiMarzio.