The hall recognizes athletes, coaches, administrators and officials who have had a major impact on the girls’ high school league.

This year, 11 new members were added to the 90 past inductees in the Hall of Fame.

“It’s a wide spectrum of people,” said GCHSAA President Denise Hillig. “We have people outside of the Brooklyn/Queens Diocese, which I think helps enhance our own diocese.”

The following honorees make up the GCHSAA Hall of Fame Class of 2014: 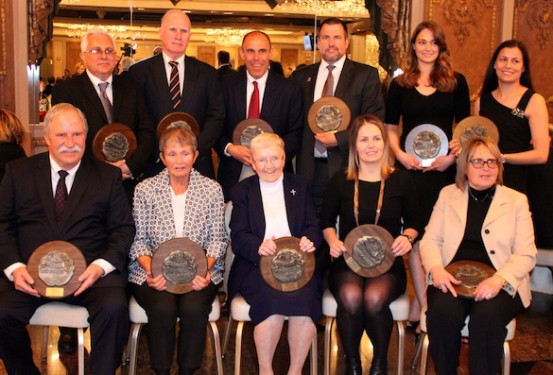 The GCHSAA Hall of Fame Class of 2014 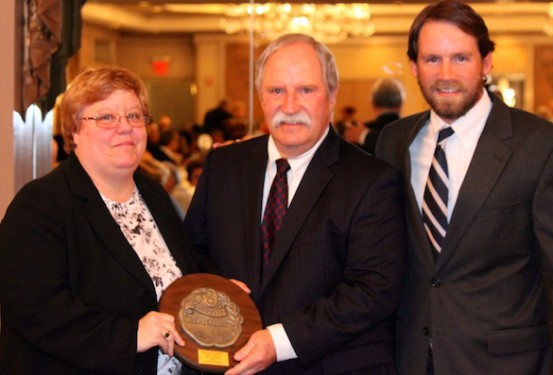 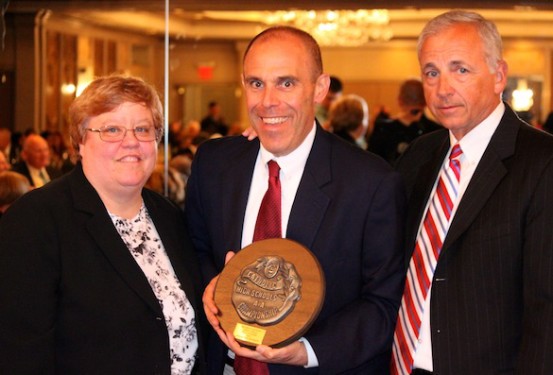 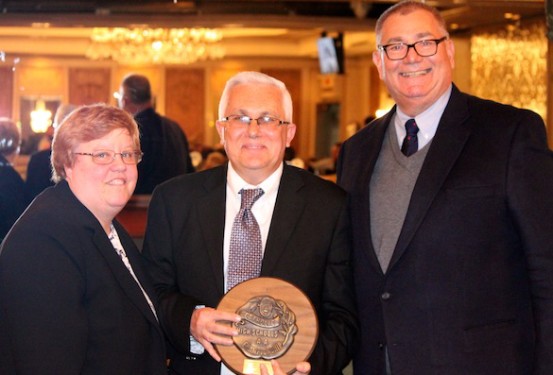 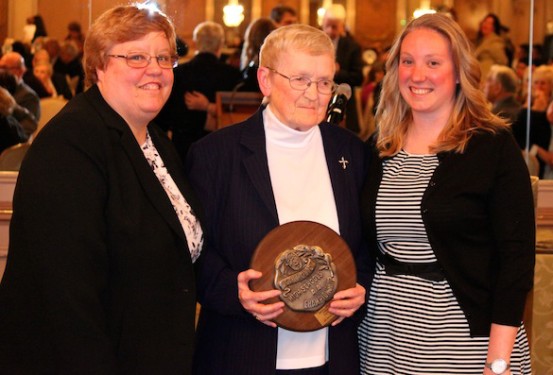 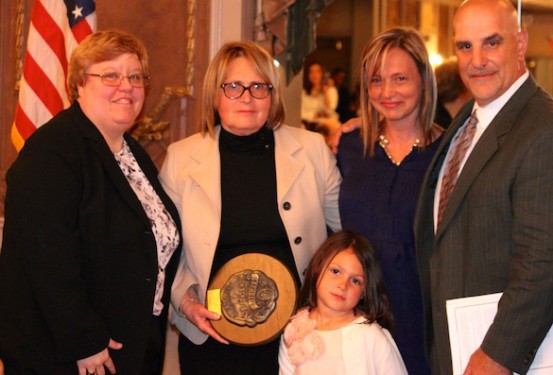 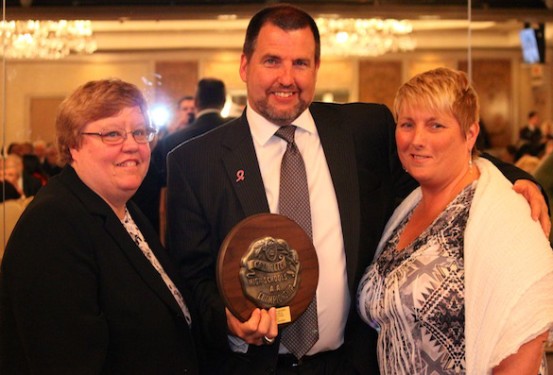 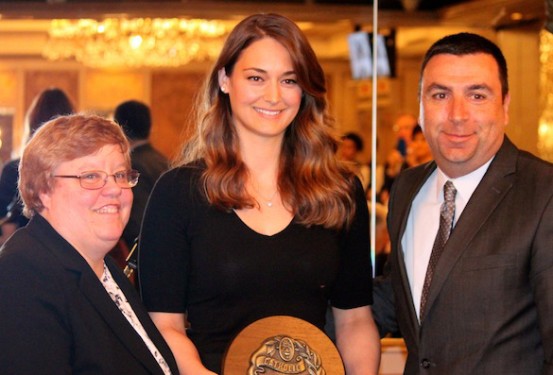 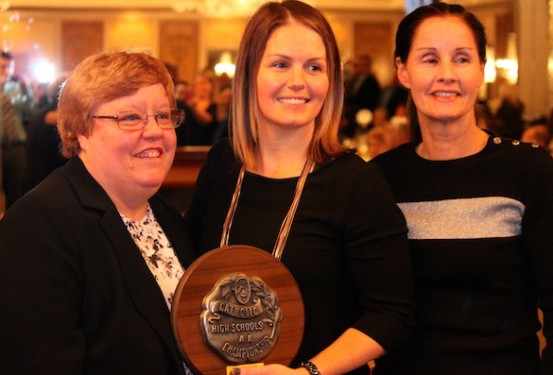 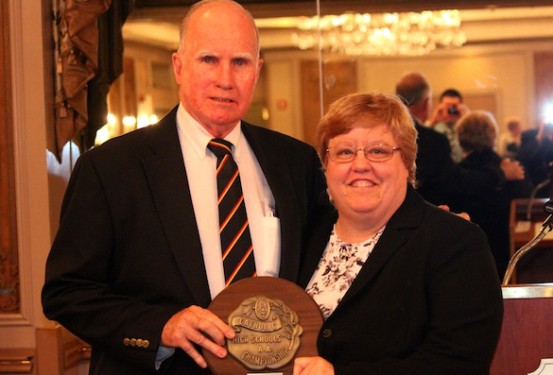 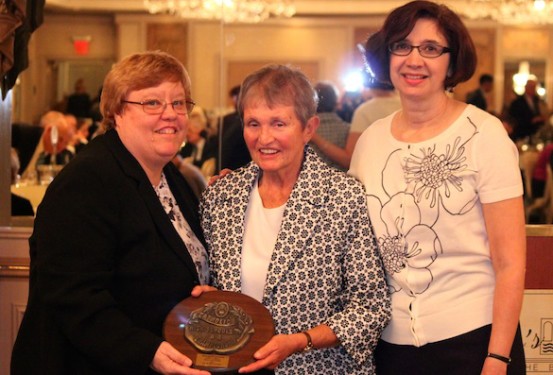 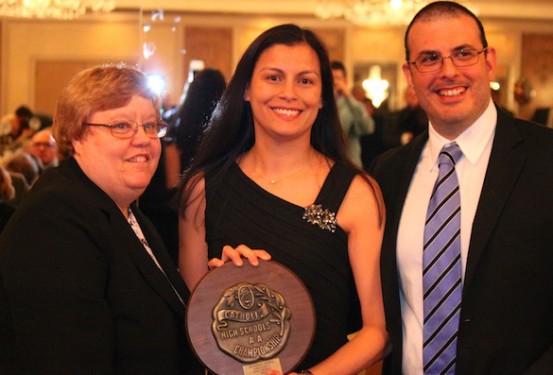 Donal Buckley has been the athletic director at St. Anthony’s H.S., Huntington, L.I., since 1982. During that time, the Friars have boasted one of the most dominant athletic programs in New York State, as named by Sports Illustrated, and his teams have won over 300 titles and 88 Catholic state championships. He began his teaching career at Most Holy Trinity H.S., Brooklyn, and then moved to Bishop Ford H.S., Park Slope, before settling in at St. Anthony’s. He is also currently the president of the Nassau/Suffolk CHSAA and vice president of the Nassau/Suffolk GCHSAA.

Sal Fischetti started teaching physical education at his alma mater St. Francis Prep, Fresh Meadows, in 1987, just four years after he graduated, and coached girls’ varsity basketball from 1989 to 1996. In 1995, his team won the state CLass ‘B’ Federation title, and he was named Coach of the Year. He became the school’s athletic director in 1998 and has served on the state CHSAA executive committee and as treasurer for the GCHSAA league of Brooklyn and Queens. He is also the chairperson for the Nassau/Suffolk GCHSAA tennis league.

Sister Richard Homan, O.P., played every sport imaginable growing up in St. Joseph’s parish, Astoria, and her love for sports led to her long career as athletic director at St. Agnes A.H.S., College Point. She served in that role from 1992 to 2013 and oversaw the formation of bowling and cross-country at the school. Prior to becoming athletic director, she coached junior varsity basketball at St. Agnes.

Allen James coached varsity softball for 17 years at Fontbonne Hall Academy, Bay Ridge, before he passed away from lung cancer in January, 2012. He was inducted posthumously, and his daughter Jennifer Favato, whom he coached at Fontbonne, accepted on his behalf. His main focus was working with outfielders, and during his time with the Bonnies, 10 of his outfielders became First Team All-City players.

Bob Mackey has carved out an impressive resume as the head varsity girls’ volleyball and basketball coach at Christ the King R.H.S., Middle Village. He has coached several All-American players in basketball, including Shay Doron, Tina Charles and Sierra Calhoun, and has been named national High School Coach of the Year by USA Today and the Women’s Basketball Coaches Association (WBCA). He has served on the WBCA All-AMerican selection committee and is on the New York State Coaches Association board.

Jessica McEntee ran cross-country for four years, outdoor track for three years and starred on the girls’ varsity basketball team for four years at Archbishop Molloy H.S., Briarwood. Upon graduation, she held school records in the long jump, high jump and 4×400-meter relay, and in basketball, she is Molloy’s all-time leader in points, rebounds and blocks. She became one of only three players to compile 1,500 pts. and 1,000 rebounds in her college career at New York University, Manhattan, where she was also named the Division III Player of the Year in 2008. She became just the second person from Molloy inducted into the GCHSAA Hall of Fame.

Janelle McManus captained the varsity basketball team at Bishop Kearney H.S., Bensonhurst, for three years before her graduation in 2000. As the all-time leading scorer in the GCHSAA with 2,274 pts., she led the Tigers to three state championships and the first Federation title in school history. She played two years of basketball at Boston College, Chestnut Hill, Mass., before finishing up her career at Fairfield University, Conn. Her No. 12 jersey hangs in the Kearney gym.

Tom Murray coached boys’ varsity basketball for 40 years at Cardinal Hayes H.S., the Bronx, and his teams took home three city championship titles. His contributions to the girls’ league include his nearly 30 years of service on the state CHSAA executive committee, serving terms as president and vice president.

Ellen Sarosy-Kiernan enjoyed success in four sports at The Mary Louis Academy, Jamaica Estates. For the Hilltoppers, she starred in basketball, track, volleyball and softball. She earned a softball scholarship to Fairfield University, where she is the program’s all-time leader in hits, steals and runs scored.