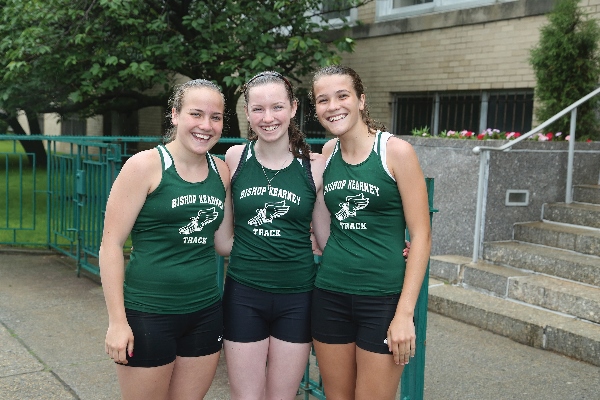 Belle Harbor residents Therese, Jacqueline and Colleen Gallagher ran extremely well in both the New York City and New York State Cross Country Championship events. In the City Championship, Tessy was third, Jackie placed fifth and Colleen was 22nd. All three received medals and qualified for the State Championship. The team took sixth place overall. Kearney’s team just missed out qualifying the entire team for the state championship, since only the top five teams at the city event move on to the state event. At the state championship, Tessy broke the school record for 5k (3.1 miles) race in a time of 20:19.6 by 16 seconds and Jackie broke the record by five seconds, running 20:30.8. Tessy placed 98th in the race out of 300 runners. Tessy and Jackie were third and fourth among CHSAA runners.