Putting his episcopal ministry in the hands of Pope St. John Paul II and St. Mother Teresa, Bishop Kevin J. Sweeney was ordained a Bishop and installed as the eighth leader of the Diocese of Paterson, N.J.

“They’re both such a great inspiration about who we are as Catholics in our times,” said Bishop Sweeney. “There’s more of them out there. We just have to find them.

“Now we get to work. We will strive to promote vocations. We will proclaim the Gospel of life.”

Bishop Sweeney was ordained July 1 at St. John the Baptist Cathedral, Downtown Paterson, before a limited number of people due to COVID19 limitations set by the State of New Jersey.

Only immediate family members and a few Brooklyn priests joined bishops from the area and a small representation of people from Paterson inside the 150-year-old church that was designed by Brooklyn architect Patrick Keely. The State insisted that the congregation be held to 100 people.

Outside the Cathedral, two dozen motorcycle police officers and members of the city’s Fire department lined the street as an honor guard. Two firetrucks extended their ladders to support a large American flag across the middle of Grand St. They were joined by a raucous group of members of the Neo-Catechumenal Movement who chanted “Alleluia” to the lively beat of guitars and drums. They held large banners, in English and Spanish, welcoming Bishop Kevin to their city.

Bishop Sweeney broke from the entrance procession to the church to thank the public servants, to greet several city officials, and to show his appreciation for the support of the mostly-Hispanic singers, who continued chanting outside throughout the two-and-a-half hour ceremony, waiting to greet their new spiritual leader as he exited the church.

Bishop Sweeney has served for the past ten years as pastor of St. Michael’s parish, Sunset Park, an immigrant parish comprised mostly of Hispanics in Brooklyn. He was named by Pope Francis to head the Paterson Diocese on March 30.

The middle child of three born to the late James and Agnes Sweeney, both immigrants from County Mayo, Ireland, he credited his upbringing to a strong faith-filled family life.

“Any good that I can do is due to them,” said the Bishop in his remarks after the ordination Mass.

Representing Pope Francis was the Vatican’s Nuncio to the United States, Archbishop Christoph Pierre, who read the papal bull appointing Bishop Sweeney. The Archbishop presented it to Bishop Sweeney, who then displayed it to the clergy of the Paterson See as well as to the congregation, as is the custom when a new bishop is appointed.

During the ordination ceremony, Cardinal Tobin placed his hands on the head of the new prelate. He also anointed his head with holy oil, and presented him his episcopal ring, miter and crozier, symbols of his authority as head of the diocese.

Cardinal Tobin said that the laying on of hands symbolized the unbroken succession of bishops from the original 12 Apostles.

“It is Christ who preaches through this ministry of the bishop,” even in our own day, said the Cardinal.

He reminded Bishop Sweeney that being a bishop is “a ministry of service, to serve rather than to rule.” He said that the poor, the oppressed and the underserved have a “privileged claim” on the ministry of a bishop.

“You have been chosen from the flock,” he said. “Do not forget your roots.”

Brendan Sweeney, the youngest of the siblings, said his brother “sees the priest as a servant. His first priority is the people’s lives that have been entrusted to him. That’s more important to him than any title. He’s happy to serve people.”

Bishop Sweeney explained that he had chosen “God Is Love” as his episcopal motto. “I would like to begin my ministry as a Bishop with those words,” he said.

“We walk by faith, my brothers and sisters. We have been living in a terrible way these past three months,” he said, referring to the virus pandemic and the national wave of racial strife. “But we have walked by faith. How much does our world need hope in these days.”

Bishop Sweeney said that his first priority will be getting to know the geography of his new home in the Garden State.

“I’ve got to learn about the three counties, Passaic, Morris, and Sussex,” he explained. “I’m going to be on the road a lot. I’m looking forward to it.”

Bishop DiMarzio praised the work that Bishop Sweeney did in Brooklyn, bringing enthusiasm to his role as vocation director, parish priest and pastor in immigrant communities.

“He’s what we need today – a young bishop who has the Spirit with him,” said Bishop DiMarzio. “He certainly understands multi-culturalism. That’s Brooklyn. He can bring that experience here to Paterson because it’s not that much different. You have the suburbs, but you also have the city and the diverse cultures that you have to understand.”

On the evening prior to his installation, Bishop Sweeney participated in a vespers service at St. John the Baptist Cathedral, led by Bishop Saltarelli.

In his homily, the outgoing bishop, who has spent the last 16 years leading Paterson, said that the bishop’s role is “to be the face of Christ to his people.”

He said that Bishop Sweeney has been well prepared by his pastoral ministry, his understanding of priests, and his compassion and love for people. He said the bishop’s role is “to look at others and see a son or a daughter who has been redeemed in Christ.”

Msgr. James Mahoney, Vicar General and Moderator of the Curia, welcomed Bishop Sweeney to the diocese, noting that he is an ardent Yankees fan.

He pointed that out that Bishop Sweeney is now the Bishop of the final resting place of Yankee Hall of Famer Yogi Berra, who is buried in Gate of Heaven Cemetery, East Hanover. 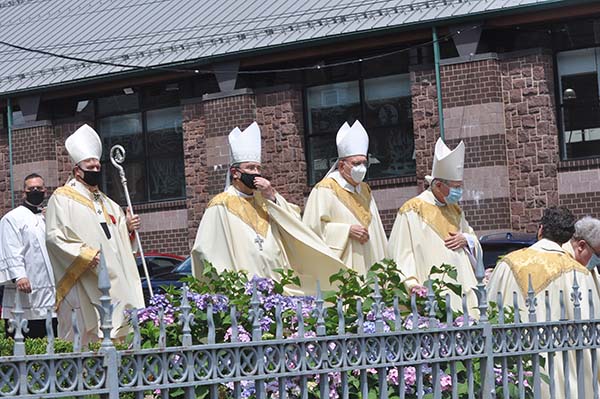 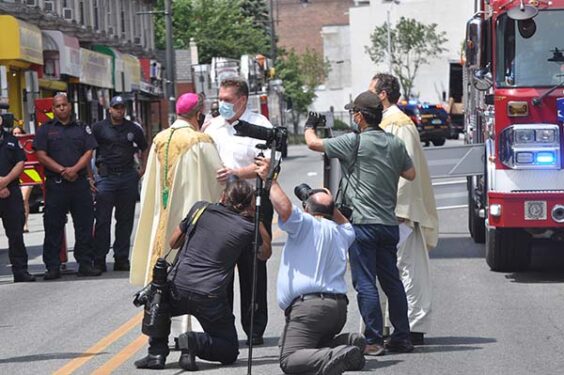 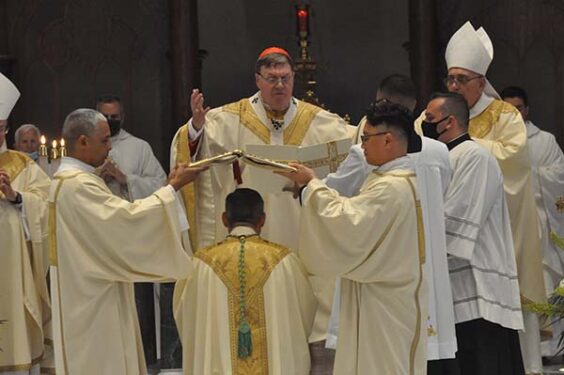 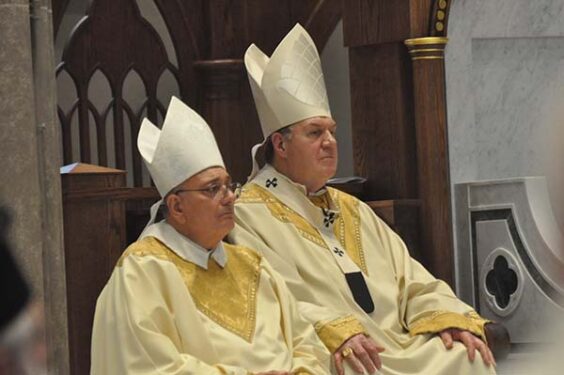 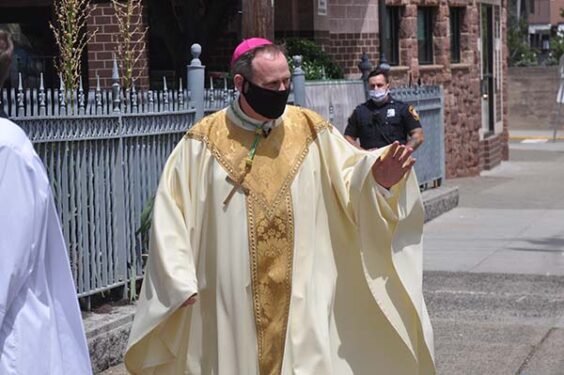 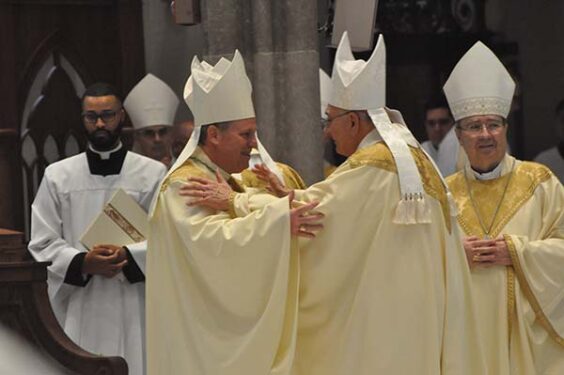