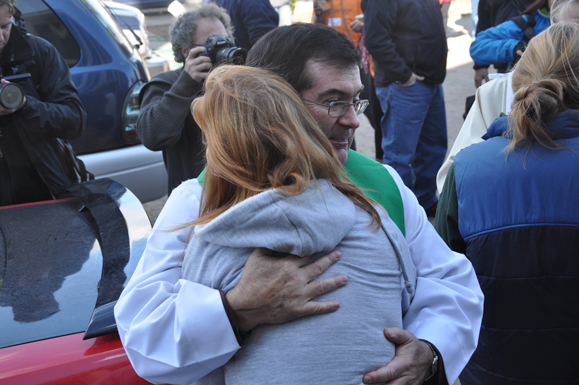 For Father Brian Jordan, O.F.M., running marathons has been more so a way of life than a recreational hobby.

He was supposed to run his 62nd marathon on Nov. 4, but the race was cancelled in the aftermath of Hurricane Sandy. In total, his mileage in marathons adds up to 1,598.2 miles – nearly the distance from the Canada-Maine border to Miami, Fla.

Father Jordan said he was disappointed with how the cancellation of the marathon was handled by race officials. He said the decision to cancel should have been made long before it actually was, since scores of runners worldwide poured into the area.

“Mother Nature forced us to bend, but we’ll never break,” he said. “We’re all going to be running a new marathon now: one of recovery.”

On the morning he was supposed to be running the marathon, Father Jordan visited Breezy Point to lend a helping hand in distributing food and water to those in need. He arrived at 6:30 a.m., and he later concelebrated a Mass with Bishop Nicholas DiMarzio. Finally, he blessed the fire departments in Breezy Point and Rockaway Point and blessed the volunteers offering their services.

At age 57, the current St. Francis College, Brooklyn Heights, chaplain said he is now undecided about his future in running marathons. This year’s N.Y.C. run was supposed to be his final race.

Father Jordan grew up in Blessed Sacrament parish, Cypress Hills. After being ordained a Franciscan priest on May 14, 1983 in Silver Spring, Md., and earning a doctorate ministry degree in Boston, he’s served in South America, the Bronx, Maryland, Manhattan and now Brooklyn, where he resides at Our Lady of Peace parish, Gowanus. He also served as the chaplain at Ground Zero in the months following the Sept. 11, 2001 terrorist attacks.

Father Jordan began running competitively in high school at Bishop Loughlin M.H.S., Fort Greene, and continued at St. Agnes Cathedral H.S., Rockville Centre, L.I. He then went on to Siena College, Latham, N.Y., where he was introduced to the Franciscan order.

He played rugby and other sports but shifted solely to running, since Franciscans are not allowed to partake in contact sports. He began running at first for the sake of exercise but started to gradually increase his mileage.

On Easter Monday 1979 while serving as a novice in Brookline, Mass., Father Jordan ran his first-ever marathon, the Boston Marathon, after never running more than 10 miles straight. He finished in 3:32.

He started running just one marathon per year but then increased to two and sometimes three per year. In total, he’s ran in 22 marathons in N.Y.C., 21 in Boston, 10 in Chicago, six in Washington, D.C., one in Dublin, one in Toronto and one in Philadelphia.

“I love marathons,” Father Jordan said. “It’s a great spiritual metaphor for life. We have goals in life and we achieve them, and there’s a beginning and an end. It’s not just good for physical exercise. It helps reduce mental stress, and it’s very good for spiritual reflection.”

Earlier this year, Father Jordan tore his meniscus and had arthroscopic surgery. However, he still ran in the Boston Marathon, finishing in 7:07.

“I have no cartilage whatsoever within the left knee,” said Father Jordan, who receives an injection of orthovisc, a lubricant that helps keep his knee somewhat mobile, before he runs. “It’s bone on bone. I’ve greatly lost my speed, but I just go at it on sheer will. Ninety percent of running is mental anyway. Only 10 percent is physical.”

Despite warnings from his doctor about the pain, Father Jordan wanted to run his final marathon to raise scholarship money for St. Francis students. Though this year’s race was cancelled, he still raised scholarship funds for students.

In addition to raising scholarship money, Father Jordan was supposed to run to promote interfaith solidarity. On Oct. 4 – the Feast of St. Francis – students participated in an interfaith prayer service to kick off Father Jordan’s campaign.

“We have every religion and every nation of the world represented here in New York City,” he said. “What better place to honor interfaith solidarity as with the New York Marathon.”

Father Jordan would have stopped every two miles along his marathon route to read one of the 10 points of the Decalogue of Assisi, a document adopted in February, 2002 by Pope John Paul II that affirms unity and peace among all religions in the wake of the terrorist attacks of Sept. 11, 2001.

Though forces beyond his control washed away his final N.Y.C. Marathon, Father Jordan was quick to offer his support in the wake of the storm. His running days may be finished, but his service and dedication will live on in the true spirit of St. Francis. 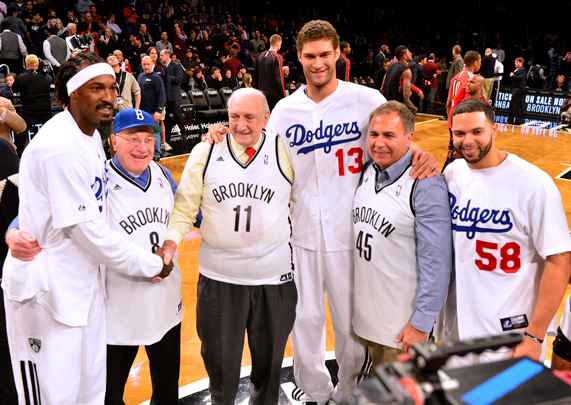