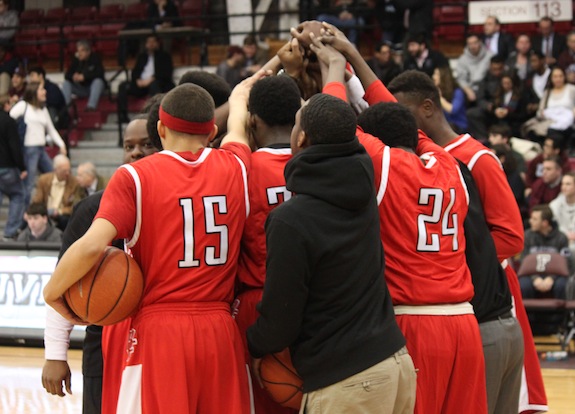 After a comeback win over St. Joseph by the Sea, Staten Island, and an upset win over the No. 1 seeded Nazareth R.H.S., East Flatbush, the Falcons earned a berth to the CHSAA ‘A’ City Championship, where they’d be taking on Xavier H.S., Manhattan.

Xavier had defeated Bishop Ford both times during the regular season – albeit by close margins – and that trend continued March 10 at Fordham University, the Bronx, as the Knights captured an 83-68 win in the title game.

Xavier raced out to a 7-0 lead early in the first quarter as they relied on scorching outside shooting.

“They’re (Xavier) a tough matchup for anyone because they execute so well,” said Bishop Ford head coach Denis Nolan. “They can space the floor, and they have shooters all over the place. It’s like you have to pick your poison. They hit on all cylinders tonight.”

Ford began to gains its groove offensively midway through the second quarter, and a running jumper in the lane by junior guard and team co-captain Devin Dingle at the first-half buzzer cut the Falcons’ deficit to five at the break.

But Xavier proved too tough offensively, as the Knights went on a 14-2 run in the third quarter, which established a double-digit lead for the remainder of the game. The gritty Ford team never gave up however, as they were able to create turnovers with a full-court pressure defense and get a few easy buckets.

Dingle finished the game with a team-high 20 pts. to go along with nine rebounds, four steals and three assists. Fellow co-captain and junior guard Dior Dixon tallied 18 pts. and seven rebounds before fouling out late in the fourth quarter.

In their final game, seniors Quamari McAllister and Rodney Gonzales – both star football players as well for the Falcons – showed up to play, with McAllister scoring 10 pts. with four steals and Gonzales pulling down four rebounds with three steals.

While Xavier will head to the state federation tournament on March 15 in Albany, N.Y., the Ford Falcons have much to be proud of this season. The returning core of players received the necessary experience during the recent playoff run to put the team in great shape heading into next season.

“They (the Falcons) went hard all year long,” Nolan said. “It was an unbelievable experience for these guys. With this experience, now they know how much harder we need to work for us to be on the other end of that.” 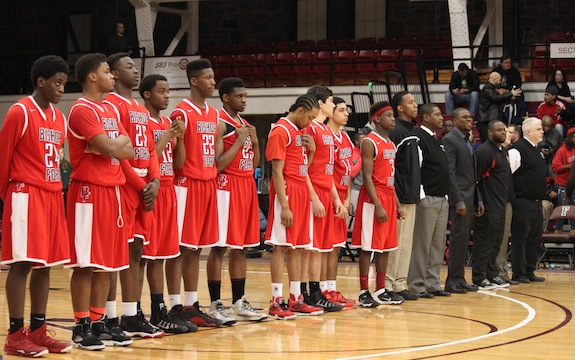