It’s almost a miracle that Anthony Sadler, Alek Skarlatos and Spencer Stone are even alive.

Yet here they are, promoting a major Hollywood film in which they portray themselves. For all three, faith is an essential part of their story.

On Aug. 21, 2015, while on a backpacking trip through Europe, their Paris-bound train was attacked by a terrorist whose arsenal included an assault rifle and 270 rounds of ammunition. The three childhood friends were able to subdue him, saving the lives of the more than 500 passengers on board the train.

They became instant celebrities and were honored by both the French and U.S. governments for their heroism.

The three men happened to be in the right place at the right time. Skills they had developed – including Skarlatos’ and Stone’s military experience, the former’s proficiency with firearms, and the latter’s training in jujitsu and as a medic – all came into play.

And if just one of many variables had been different – had they not been seated where they were, had the terrorist’s rifle not jammed when Stone charged him – it would have resulted in tragedy.

On the day of the train attack, the three friends “survived something … that we really shouldn’t have,” Sadler said. The son of a Baptist minister, he said that fateful day felt “like a biblical moment” for him, reaffirming his conviction that God had a plan for his life.

Stone, a former U.S. Air Force staff sergeant, said “there’s just no way you can deny” that divine providence was at work. 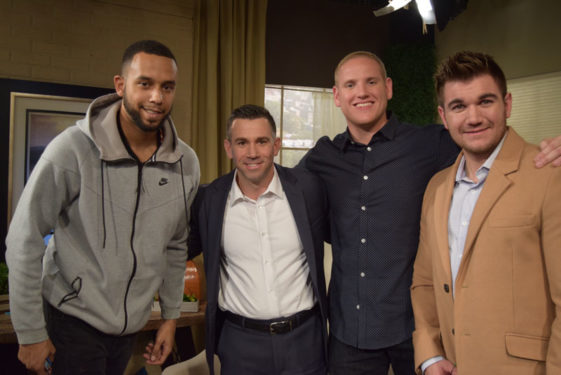 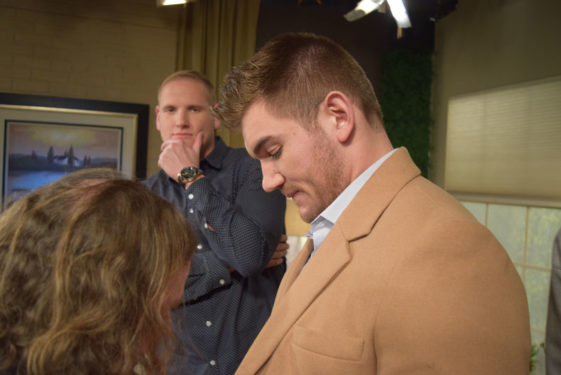 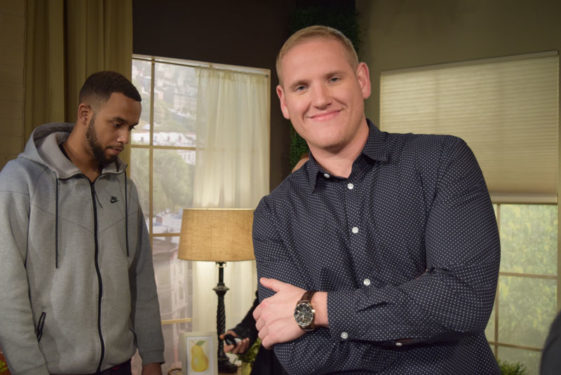 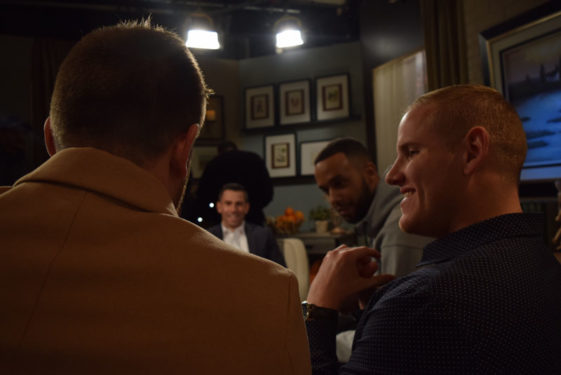 “There’s just too much going on for it to just be coincidence,” offered Skarlatos, a former Army National Guard specialist.

Their story gets the big-screen treatment in a new film, “The 15:17 to Paris.” Directed by Clint Eastwood and based on the memoir the men co-wrote with Jeffrey E. Stern, the film traces their journeys from youth to adulthood, showing how their life experiences prepared them to react as they did.

As far as the three friends are concerned, any account of their story would be incomplete if it left out their Christian faith.

“You can’t tell the story without… the faith element,” Sadler said, because “that’s who we are.”

References to God and prayer can be found throughout the film. The Christian middle school that Sadler, Skarlatos and Stone attended is not portrayed positively, but the three friends and their parents are shown to be people of faith.

When a public school teacher later suggests that Stone’s future is bleak because he is the product of a single-parent household, his mother (portrayed by actress Judy Greer) defiantly declares, “My God is bigger than your statistics.”

In another scene, Skarlatos’ mother (portrayed by Jenna Fischer) tells her son that, in her prayers for his well-being, she had received the assurance that he was destined for something great. Elsewhere, Stone can be seen asking a wounded train passenger if he would like him to pray.

Sadler said he appreciates that the film doesn’t depict the three friends as perfect. They are all Christians, he said, but the film also shows them “doing some things (that are) not so smart.”

Perhaps unlike many other Hollywood films, “The 15:17 to Paris” has provided its stars with opportunities to evangelize. For Stone, it has presented “a huge platform” from which “to spread the word of God.” In each interview he has given, he said, he has tried “to make sure I gave God the credit.”

Grateful to be alive and able to share their story, the three friends also consider themselves blessed to have that story brought to the screen by a filmmaker of Eastwood’s stature.

A poster for Eastwood’s 2006 film “Letters From Iwo Jima,” displayed on the wall of young Spencer’s bedroom in one scene from the film, wasn’t just a clever cameo on Eastwood’s part. In fact, Skarlatos said, it’s an acknowledgement of the fact that both he and Stone “literally grew up on (Eastwood’s) movies.”

In another scene, Skarlatos himself is seen wearing a T-shirt featuring Eastwood’s likeness from the 1985 western “Pale Rider”; it’s a shirt that came from Skarlatos’ own wardrobe.

“You build up people a lot in your head as to who they are,” he said. But Eastwood turned out to be “just as cool and calm as you would imagine” and “more personable and funny.”

The three friends hope the film will deliver the message that ordinary people can accomplish extraordinary things and that every life has a purpose.

Sadler is confident that it “does a good job of showing how ordinary the three of us are,” which he hopes will inspire others when they encounter adversity.

“It doesn’t have to be terrorists on a train, but it could be anything they face in their own life,” he said. “Hopefully, it inspires them to know that they’re capable.”

Skarlatos hopes that the film will speak to those who struggle to understand their life’s purpose.