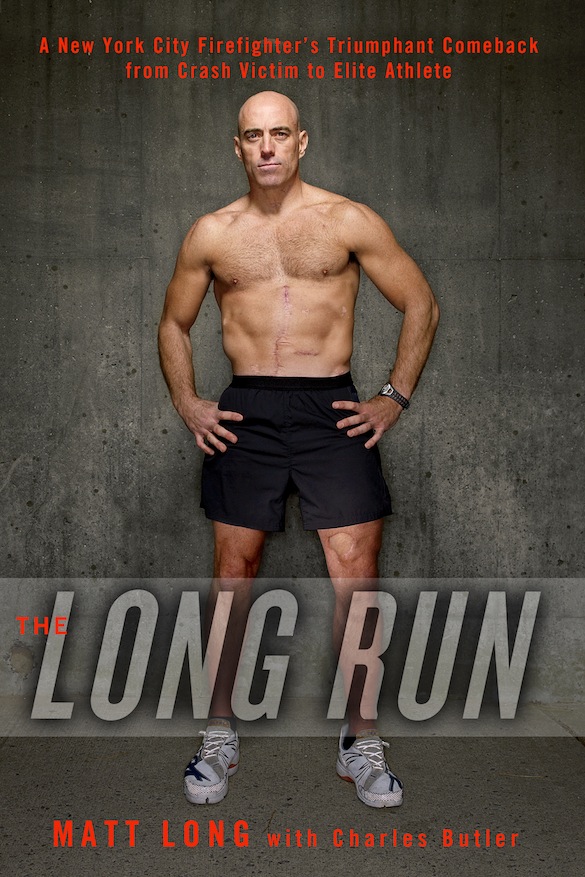 Every marathon runner has a story to tell, and each year, the N.Y.C. Marathon field is full of countless stories of individual runners triumphing over the odds to complete 26.2 miles.

Back in 2008, former FDNY firefighter Matt Long successfully completed the N.Y.C. Marathon. But it’s his backstory that continues to inspire. 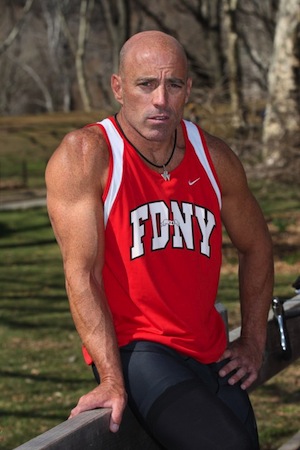 Though basketball was his main sport, Long became a competitive runner and triathlete in his mid-30s. Without formal training, he finished the 1998 N.Y.C. Marathon in 4:05 and returned two years later to complete the race in 3:50.

Once he began training intently, he set his sights on being part of the fire department team that competes each spring in the Boston Marathon. To do that, he had to finish the 2005 N.Y.C. Marathon in less than 3:15.

After completing his first Ironman competition – which is comprised of a 2.4-mile swim, 112-mile bike ride and 26.2-mile run in succession – in July, 2005, Long accomplished his goal to qualify for Boston by turning in a 3:13 performance in the N.Y.C. Marathon. All that was left was about five months of training to prepare for Boston.

However, as Long would agree, sometimes God has a different plan in mind, even for an elite athlete who had completed 20 premier events.

On the morning of Dec. 22, 2005, Long was on his way to work as an FDNY fitness instructor on Randall’s Island, located just 3 miles from his Manhattan apartment. At the time though, the N.Y.C. Transit Authority had gone on strike during a bitterly cold stretch, so the only way for Long to get to work was by bike.

Just four blocks after he left, the unthinkable occurred. As he was riding, a 20-ton city bus made an illegal turn out of the center lane, hitting Long and dragging him underneath. He broke every bone in his left leg, suffered a shattered right pelvis, had his entire torso ripped open, had his femoral artery severed and had the bike lodged into his abdomen. Luckily for Long though, he doesn’t remember a thing.

Instead of following through on his plans to run in the Boston Marathon, Long was left inches from death. He said he only remembers fellow FDNY firefighters responding to the scene and recognizing that it was him.

Almost two months later, Long awoke from a medically induced coma to doctors telling him that he may never walk again, and if he did, it would have to be with a cane. Long said that he wishes that his first response would have been a willingness to prove everyone wrong, but that’s not quite how it happened.

“When something you love is taken from you, you get depressed,” he said. “So I felt bad for myself. I didn’t understand why this happened. More importantly, I couldn’t understand why I lived through it. This would have killed the average person. Why didn’t it kill me?”

Early in the recovery process, Long had a conversation with Father James Devlin, then-pastor of Our Lady of Angels Church, Bay Ridge, where the Long family attended Mass. Long asked Father Devlin why he had lived, and the priest responded “that’s between you and Him, and some day, you’ll realize the purpose.” 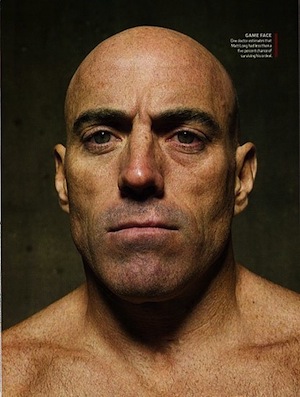 Still, Long couldn’t help but feel sorry for himself, until his mother Eileen changed his outlook. After another doctor’s appointment filled with bad news, Long told his mom that he wished she’d prayed for him die rather than have to endure constant hardship. However, Eileen told him that “enough is enough” and that “God obviously kept you here for a reason.”

“It took a while for that to sink in, but that’s when I started changing my attitude,” Long said.

Rather than utter the phrase “I can’t,” Long’s new motto became “I will.” As a result, he turned his attention to running the 2008 N.Y.C. Marathon less than three years after his accident.

After his 43rd and final surgery in September, 2007, Long moved to Arizona for three months as part of a rigorous rehabilitation program to get him ready to race. Though he described his entire rehab process as “painstakingly slow,” he learned to move with the body he now had.

“The hardest thing was to let go of the athlete I used to be,” he said. “I knew I was going to cross that finish line, but I wasn’t going to cross it at 3:15. My dreams of the Boston Marathon are never going to happen. It’s more about crossing the finish line.”

On the morning of Nov. 2, 2008, Long started the marathon three hours early with the Achilles International Track Club, since he knew he’d be out on the course for a while. He said he was a little nervous at the start but that he would take each mile as it came and just continue moving forward.

Long received a jolt of energy when the route took him along Fourth Avenue right outside Our Lady of Angels. Dozens of people from his Brooklyn neighborhood, including his family and parish priests, were there to greet him and wish him well.

“That was a very emotional moment,” said Father Devlin, currently pastor of Good Shepherd Church, Marine Park. “First of all, just the love that he (Long) felt for his family and they felt for him in light of everything that had happened, and the fact that he was doing this (running a marathon) after countless surgeries and such arduous rehabilitation.” 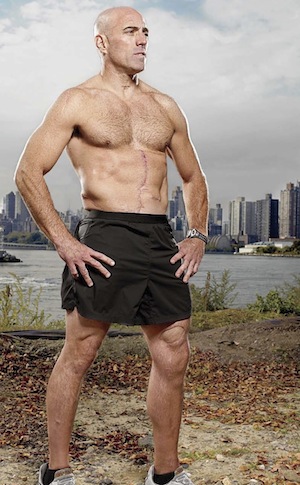 Seven hours and 21 minutes after starting, Long crossed the finish line, with his family members and even his doctors and trauma surgeons all there waiting. The scene must have looked like it could be taken right out of a movie, since Long’s journey had indeed come full circle.

“As much as it was about me crossing the finish line, each mile before that was about all of the people from all the parishes and from the hospital and from the fire department…all of them that didn’t let me give up,” he said. “It was almost like a thank you to show them their prayers counted and they worked.”

After running the marathon and then completing his second Ironman competition nine months later, Long began receiving emails from people inspired by his story. Many people said they were ready to give up when facing a challenge but instead looked to Long’s example of overcoming the odds. Long immediately recalled the conversation he had years earlier with Father Devlin.

“At that point, I realized that my not giving up was helping so many other people,” he said. “This is my purpose now. This is why God kept me alive.”

Long is now the president and founder of the I Will Foundation, in which he helps people struggling with life-threatening illnesses or accidents get back on track. In addition to writing a book entitled “The Long Run,” he also gives motivational speeches and presentations where he shares the story of his road to recovery.

“I think my message brings perspective to people who have never had anything go wrong in their life,” Long said. “You could plan all you want, but God already has His road set up for you. It’s what you do with it when you hit that road that will be your test.”

While he can no longer run, Long, now a parishioner at St. Francis de Sales, Belle Harbor, still races as a cyclist. He also teaches fitness in a local studio.

Looking back on his journey, Long realizes that he no longer is the elite athlete he once was, but he said he still wouldn’t change a thing.

“Knowing what I know now,” he said, “I couldn’t have had that bus miss me.”

And though that bus accident was a major obstacle, it allowed him to develop the faith needed to continue his path – his “Long run” – in using the power given to him by God to inspire others to overcome their own personal challenges.