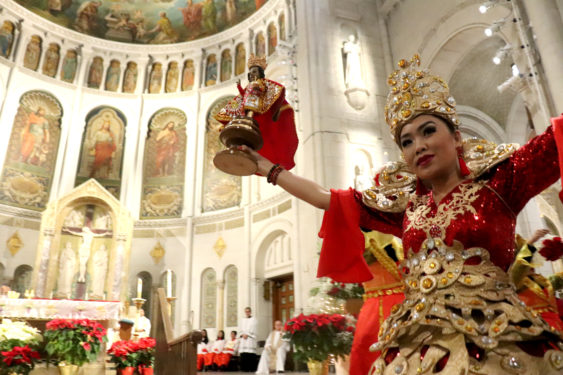 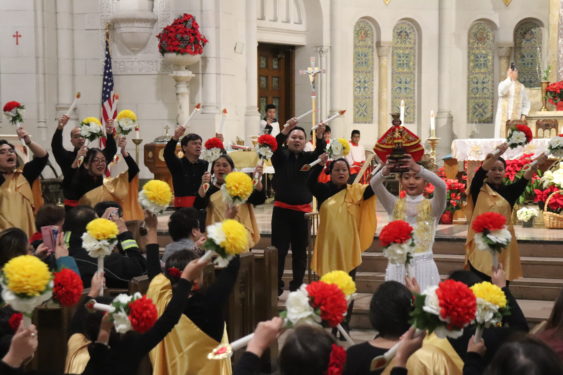 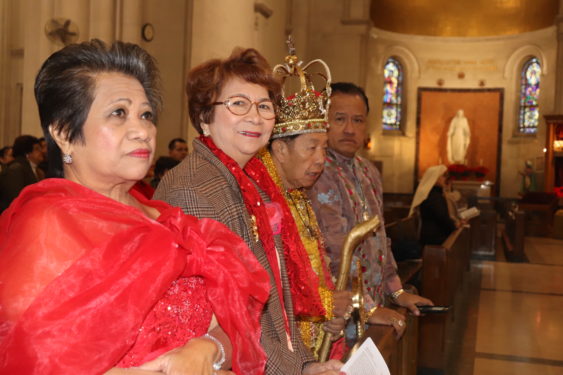 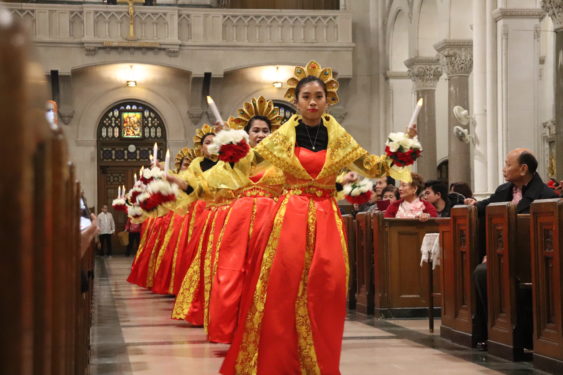 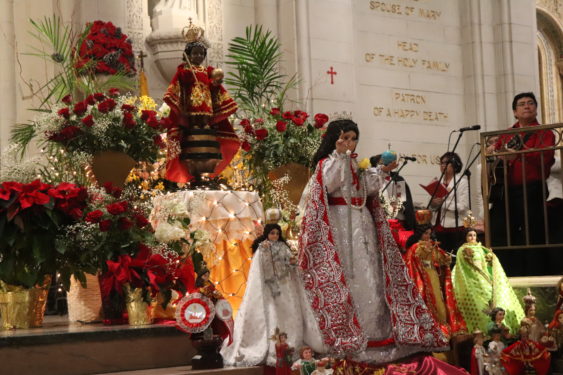 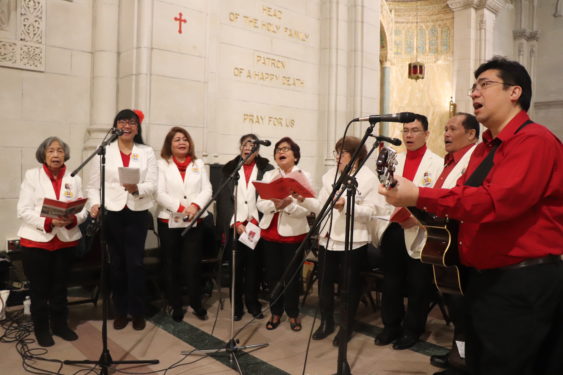 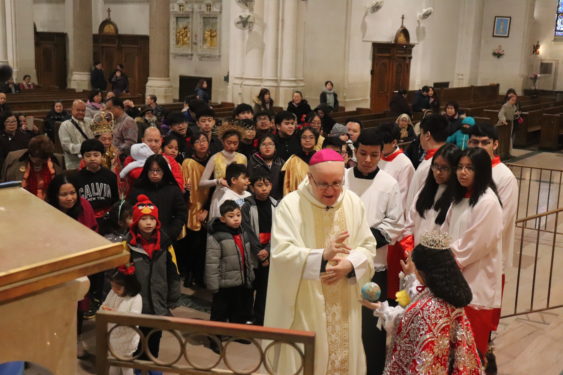 For nearly 500 years, the Filipino people have been dancing in praise and in honor of Jesus, under the title Señor Santo Niño de Cebú.

The dance continued at Our Lady of Perpetual Help Basilica, Sunset Park, Jan. 12 as Filipino Catholics from throughout the diocese came to celebrate the feast of Señor Santo Niño de Cebú.

Two groups of dancers, one from Queens and one from Brooklyn, performed the traditional Sinulog depicting the conversion of the Philipines.

When the Spanish arrived on the shores of Cebú in what is now the Philipines, the locals greeted them warmly and had such a miraculously good encounter that the island converted to Christianity.

The rulers of the island, Rajah Humabon and his wife Hara Amihan, were baptized along with 800 of their people on a day of great joy on April 14, 1521. On this day the Spaniard, Ferdinand de Magallanes, offered the newly baptized and renamed Queen Juana, a gift of a little statue depicting the Holy Child Jesus.

She was so overjoyed, that she began to dance with the statue and the people followed her example.

“She was filled with the Holy Spirit,” said Ricky Matela, the music director of the Filipino Diocesan Music Ministry.

It is this statue of the Holy Child Jesus that has sustained the people in their faith, said Father Patrick Longalong, the coordinator of the Ministry to Filipino Immigrants.

That same year, the Spaniards left the Philipines, leaving the newly converted Catholics without priests. The Spaniards did not return for another 40 years, but the people of Cebú did not forgo their newly found faith. They continued to dance the Sinulog, which translates to “graceful dance,” in worship of Jesus.

“It is good for the Church to worship the Santo Niño,” said Newella Rosario, 12, who was one of the dancers representing her parish, Guardian Angel, Brighton Beach. “He is our patron. He helped so many people. It only makes sense to worship him.”

Auxiliary Bishop James Massa, who was the main celebrant of the Brooklyn Mass, shared his experience of the mystery of Santo Niño de Cebú. He has visited the shrine where the statue resides in Cebú on a pilgrimage with Father Longalong. He recounted the long line that pilgrims form in order to see the statue. Outside on the street there is lots of noise: vendors selling T-shirts and juices, people getting on and off of busses and just the general commotion of a popular tourist destination. But, the bishop recounted, as he got closer to the statue on his turn in line he noticed that everything quieted down until there was utter silence inside the sanctuary where the statue stands inside of a glass case that pilgrims touch as they pray and marvel at the glory of God. He said it is through that silence that pilgrims allow God to work miracles in their hearts.

During the Mass at Our Lady of Perpetual Help, Bishop Massa blessed replicas and interpretations of the statue of Cebú along with images of Mary, the mother of the child. He also invited all the children present to come up for a special blessing. He blessed them all, from the unborn to the teenagers present.