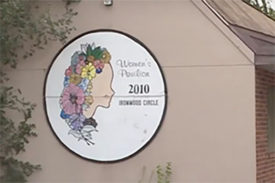 During the past weekend, the remains of more than 2,000 fetuses were found on the Illinois property of Dr. Ulrich Klopfer, an abortion doctor who practiced in Indiana and who died earlier this month, according to multiple reports.

The family of Klopfer, who ran active abortion clinics in Fort Wayne, Gary and South Bend, discovered the remains while cleaning out his home south of Chicago, CNN reported.

The remains have been medically preserved, authorities said.

Pro-life groups are demanding an investigation.

“Klopfer was responsible for over 30,000 abortions, so the fact that they have only found 2,000 remains makes us question: where are the other remains?” said Jackie Appleman, director of St. Joseph County (Ind.) Right to Life, told a TV station in Indiana.

“We’re publicly calling for an investigation into all three of his facilities,” she said.

Records show that Klopfer, once one of Indiana’s most known abortion doctors, had owned South Bend clinic The Women’s Pavilion, since 1978, according to CNN. But the facility was closed in 2016, after the Indiana medical board suspended Klopfer’s license. Its investigation had found “documentation errors” and that Klopfer failed to “exercise reasonable care.”

Still, Appleman said that Klopfer would visit the clinic weekly until his death. The other clinics were closed in 2013 and 2014.

She says that her organization is calling for officials to continue the investigation and wants to give the unborn babies, whose bodies are now with the coroner, a proper burial.

“Thousands of women are impacted by what Klopfer did to them. He has their children in his garage… and so I want to offer a note of hope and healing. Klopfer and any abortionist leaves a horrific legacy of death and destruction,” Appleman said.

Bishop Daniel Conlon from the Diocese of Joliet in Illinois told The Tablet that he was “horrified” to learn about the discovery.

“Sadly, such an atrocious offense is an unavoidable consequence to treating life in the womb as non-human persons,” Bishop Conlon said. “I have asked our staff in the Office of Human Dignity and Catholic Cemeteries to offer our assistance to authorities and other compassionate organizations in order to assure that these children are laid to rest with the peace and dignity that every human being deserves.

“I ask the people of the Diocese of Joliet to pray for these children, for their families, and for an end to abortion, once and for all.”