Haitian-born Father Juan Duvalon Luxama, 35, wants to be a sign of hope to the world. 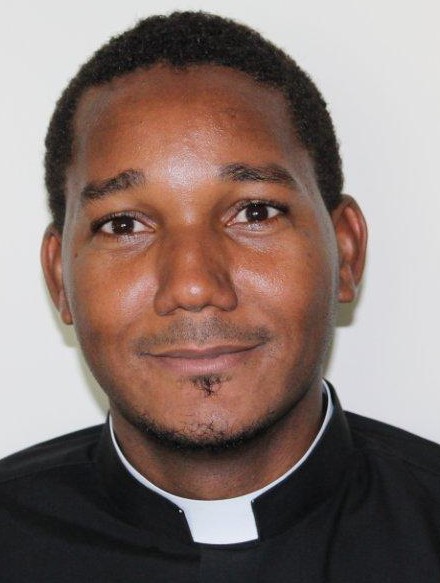 Born in Les Cayes, Haiti, he is the seventh of eight children born to Marie-Renee Jean-Pierre Luxama and Jean Duvalon Luxama.

In August, 1996, his family immigrated to East Flatbush, where they joined Holy Cross parish.

He attended John Adams H.S., Jamaica, and went on to earn his bachelor’s degree in biology at Medgar Evers College, Crown Heights, where he served as a laboratory adjunct professor. He attained his master’s degree in medical microbiology at Long Island University.

Having always wanted to make a difference in the world, Father Luxama considered the medical field as a possible path but knew there was only one Way for his life.

An altar server from a young age, he discerned his priestly vocation with the guidance of his family, especially his late cousin Msgr. Charlo Augustave, a priest of the Diocese of Les Cayes, who served summers at Holy Cross Church, East Flatbush.

Father Luxama admired how his cousin taught people through his homilies and simple lifestyle to always have hope in God.

“I am here today because of him,” he said, “and I know he’ll always be with me in spirit.”

He is attending the Alfonsiana Accademia, Rome, where he will continue his studies toward a licentiate in moral theology.

In 2006, he helped co-found the Life of Hope Center, a non-profit outreach program currently based at St. Jerome parish, East Flatbush. The center provides a range of services to immigrants. Having watched the struggles his parents faced when they immigrated to the U.S., he set out to ensure other immigrants would have the resources they need.

In his priestly ministry, he wants to be a witness of hope, joy and service to God and His people, especially the immigrants and the poor.

His parents and siblings will attend his ordination as well as one of his mentors, Father Stanley Klasinski, a priest of the Diocese of Cleveland.

Father Luxama will offer his First Mass of thanksgiving at his home parish of Holy Cross Church on Sunday, June 29 at 3 p.m.

One thought on “Father Juan Luxama”