Evangelizing young people is the ministry closest to the heart of Father Jason Nicholas Espinal, 27.

The son of Carmen and Jose Espinal, immigrants from the Dominican Republic, he was born in Williamsburg and has one older sister, Yaniriz. 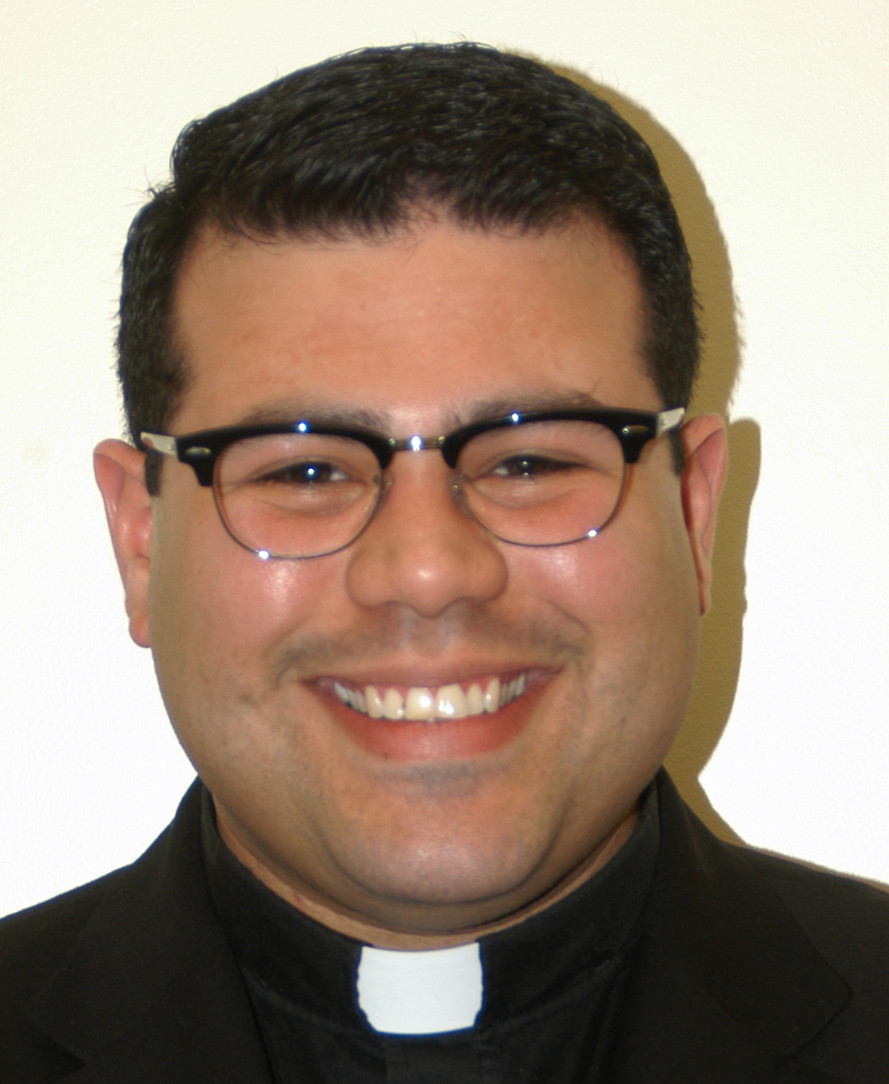 He grew up as a member of Transfiguration Church, Williamsburg, and attended the parish school. He attended Bishop Loughlin M.H.S., Fort Greene, and Murry Bergtraum H.S. for Business Careers, Manhattan. He went on to the Borough of Manhattan Community College and also worked at a law firm in Downtown Brooklyn.

On some level, he always knew he was called to the priesthood. Growing up, he was mesmerized at Sunday liturgies, and after receiving the sacraments, he stayed close to the church. He sang in the choir and participated in the parish youth group, which was connected to the Jornadas de Vida Cristiana Movement. He lived Jornada 139.

At age 18, then-parish Deacon Jorge Gonzalez asked him a life-changing question: Did you ever think about the priesthood?

Something stirred in his heart and “the Holy Spirit didn’t let those feelings go away.” When he was ready to answer the call, Deacon Gonzalez guided him through the process.

He entered Cathedral Seminary Residence, Douglaston, and studied at St. John’s University, Jamaica, where he earned his bachelor’s degree in philosophy with a minor in theology.

Along the way, he drew inspiration from his parish priests, especially longtime pastor, Msgr. Brian Karvelis, now deceased. He best remembers monsignor’s “sanctity, his love for the people and real true love for the liturgy.”

He is also grateful for the support he received from the Sisters of St. Joseph, Brentwood, L.I., who served in his home parish, especially Sister Peggy Walsh, C.S.J., and the late Sister Maryann Ricciopo, C.S.J.

He went on to complete his pastoral year at Immaculate Conception, Astoria, and his diaconate year at the Basilica of Regina Pacis, Bensonhurst. In both parishes, he said he derived the greatest joy from working with youth and young adults.

While he aspires to bring all people closer to God, Father Espinal looks forward to ministering with young people and accompanying them on their journeys of faith.

Music will also play a role in his priesthood. A talented singer, he feels music helps people “to know and love the Lord” while enhancing the reverence and beauty of the liturgy.

Father Espinal will offer his First Mass of thanksgiving at his home parish of Transfiguration on Sunday, June 29 at 11 a.m. Deacon Gonzalez will assist at the altar.