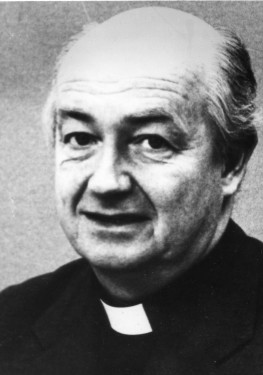 Father James P. Sinnott, M.M., a native of Brooklyn, died Dec. 23 at St. Mary’s Hospital in Seoul, South Korea. He was 85 years old and a Maryknoll priest for 54 years.

He attendedSt. Malachy’sSchool, East New York; Brooklyn Prep; and then went to Georgetown University in Washington, D.C. He attended State University College of Medicine in Manhattan until he was drafted in 1952 to serve in the U.S. Army.

After his honorable discharge in 1954, he joined Maryknoll. He studied at the Maryknoll School of Theology, Ossining, N.Y.

He was ordained a priest for Maryknoll on June 11, 1960, and was assigned to South Korea, where he served in the missions of Paek Yang Do and Yeong Jong Do. In addition to parish ministry, he established a hospi- tal, a 20-bed tuberculosis ward and he helped establish a sewing cooperative that created income for the islanders. During this time, he was vicar general of the Diocese of Incheon, 1965-75.

After working for the cause of justice and basic human rights for the people of Korea, he was deported in 1975 for his outspoken support for the oppressed and, in particular for a group of five innocent men who were unjustly tried and executed. He kept a journal of the events of that year, which has been published in Korean.

In 1975, Father Sinnott returned to the U.S. to work with the Maryknoll Justice and Peace Office in Washington. He lobbied Congress regarding deteriorating human rights in Korea, spoke at churches around the U.S. and connected with human rights groups.

From 1985 to 1987, he served in Chile. In 1987, he returned to the U.S. and continued working on justice and peace issues while serving in Minnesota and Texas. In 1994, he was re-assigned to Korea. After retiring in 1998, he moved to the Maryknoll Center in Ossining.

In 2002, the democratically elected South Korean government sponsored Father Sinnott’s return and presented him with an award from President Kim Dae-Jung. For the rest of his life, he resided at the Maryknoll Center House in Seoul.

A Mass of Christian Burial was celebrated Dec. 26, followed by cre- mation and interment of ashes in the Catholic Church of Repentance and Atonement in P’a-Ju City, Kyeong-Gi Province in South Korea. A Memorial Mass was held at Maryknoll, N.Y.