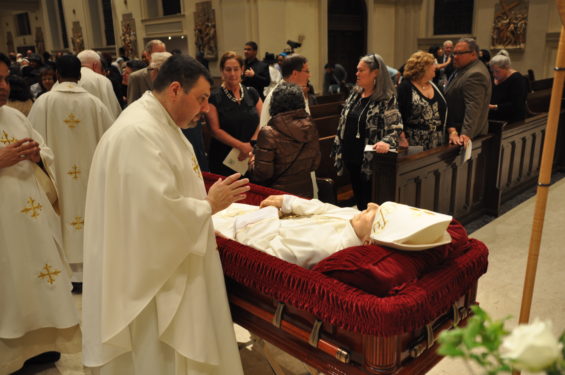 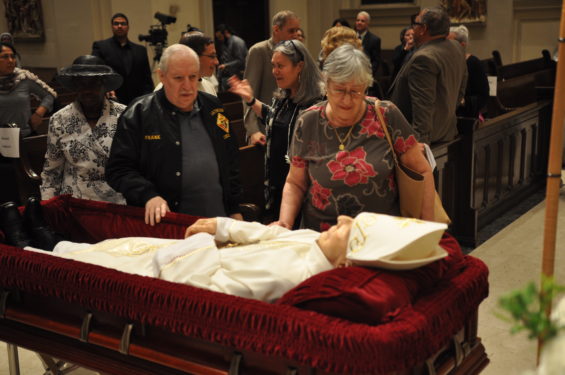 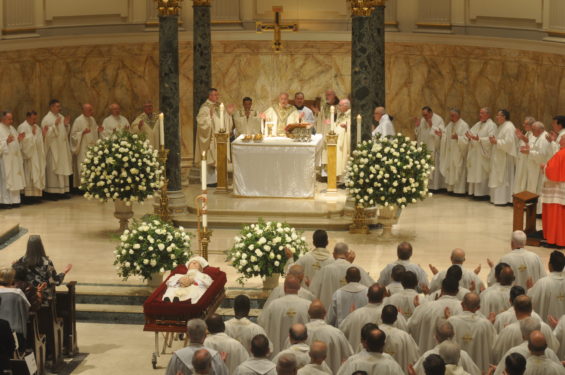 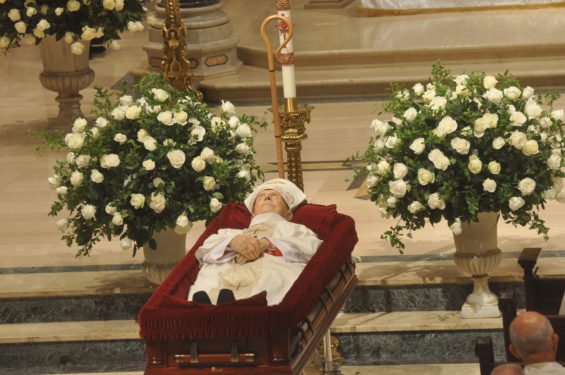 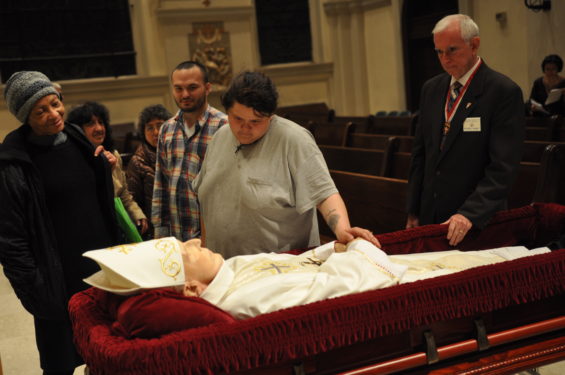 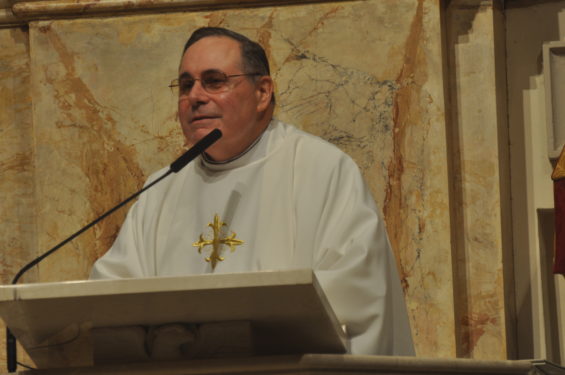 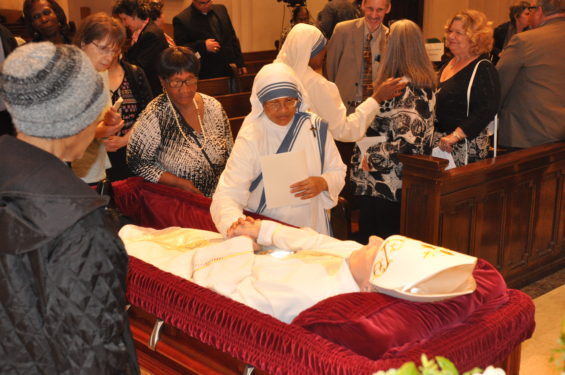 “The greatest heritage that Bishop Daily left each of us in this diocese is an abundant supply of faith, hope and charity.”

That’s how Msgr. Ralph Maresca remembered Bishop Emeritus Thomas V. Daily during his homily at the Vigil Mass celebrated for the repose of the soul of Bishop Daily May 18 at St. James Cathedral-Basilica, Downtown Brooklyn.

Bishop Daily lied in state in the center aisle of the cathedral on the second day of the three days of farewell services held in the diocese.

During his episcopate, Bishop Daily celebrated Mass most Sunday mornings at the cathedral. So, he had requested that it be included in his funeral.

“Bishop Daily came to the diocese in 1990,” said Msgr. Maresca, who served as his personal secretary and master of ceremonies from 1992 to 2004.

“He was full of energy and enthusiasm. He was always on the go. His schedule was active from early morning till late evening.”

“He saw faith as being the central necessity of living the Christian life. His faith was real and genuine. His faith in God, in his priests, deacons, religious and lay faithful was so evident in all that he did.”

Msgr. Maresca pointed out that Bishop Daily always stood outside church and greeted the people after Mass.

“I would hear him say with that strong voice, ‘Don’t worry. It will work out. You have the faith. Stay calm. Trust God.’”

Msgr. Maresca said the bishop’s deep faith came from “his strong prayer life.” On one Thursday every month, he would spend a day of prayer at the Passionists’ Monastery in Jamaica.

“As he was nearing retirement, he reflected on the fact that he saw each day of his life as a gift from God to always do the will of God,” said the homilist.

“He prayed that he would always be a faithful shepherd to the end. He certainly lived out his role as our shepherd caring for each one of us. He showed us not only how to accept our crosses but how to carry them in this life.”

For Bishop Daily, love was much more than a sentimental emotion, but a genuine concern for other people, recalled Msgr. Maresca. “God’s love was a strong force in his life that compelled him to be a bishop of compassion, mercy, kindness and love.

“His love was selfless and self-giving. Our lives are truly richer for his having been our shepherd.”

In the front row for the Vigil Mass were members of the Daily family who had travelled from Massachusetts.

Eileen Daily remembers when her uncle, the bishop, would take the kids on day trips in his Volkswagen Bug. They would go hiking and out to eat.

He had fair rules for everybody, she said. They could order everything off the menu, but only if they could eat it all.

Eileen understood from an early age that her uncle had an important role in the Church. Her parents always made sure that she called him Father and then Bishop Tom, but he was still her fun-loving uncle, who made sure that she could throw a curve ball.

She loved playing ball on the beach with him and the whole gang on family trips to Maine. She remembers how difficult it was for her uncle to not get sunburned because of his fair skin tone.

Eileen’s brother, Father Vincent Daily, also fondly remembers throwing the football around on the beach. During those vacations, Father Vincent served as an altar boy when his uncle would say special family Masses right at the cottages where they would be staying.

“It was not a surprise that he would be a bishop,” Father Vincent said. “He had a greatness of heart.”

Father Vincent looked up to his uncle because of his generosity and his closeness to God. “He didn’t have to say anything, you just sensed it,” he said.

Father Vincent looked up to his uncle well into adulthood. He would call him for advice in the face of adversity, including in his own parish.

His closeness to his people and his concern for the unborn is what Alehandrina Hernandez and Leda Taveras, from Our Lady of Sorrows parish, Corona, most remember about Bishop Daily, who visited their parish for confirmations and for pro-life walks. They loved the bishop for his humility and his honesty. They took public transportation for over an hour to say a prayer over his body at St. James Cathedral-Basilica.

“I’ll continue to pray for him during every Mass,” Taveras said.

Contributing to this story was Antonina Zielinska.