Military suicides were at a record high in 2012. They surged to an alarming number of 349, far exceeding the number of combat deaths in Afghanistan. Troubling as that sad statistic is, the military suicide rate is still below that of the civilian population.

It is saddening, of course, to read or hear of anyone’s decision to commit suicide. No one can appreciate the unimaginable pain that is the ultimate explanation for such a tragic action. No one, therefore, can sit in judgment of a person whose choice cannot be fathomed and whose life can only be remembered, but not restored, and whose pain we simply cannot understand.

All we can do is attend to the pain within ourselves as well as the pain that might be there in others around us, military or civilian, especially when no signs are visible and no calls for help are heard.

I often wonder why it is that we seem to be unable to speak to one another about inner pain. Some relatives of those who chose to take their lives report that they may have seen signs of ill health but nothing more.

Encourage Talking It Out

Why are we all not more sensitive to the pain in others’ hearts, or able to read the pain in others’ eyes? As a nation, we spend millions for “pain relief” over the counter or by written prescription, but we don’t spend the time it takes to encourage those who may be hurting to open up and talk it out.

I often wonder if parish support groups might not be able to gently summon those considering suicide out of their isolation and into a circle of understanding and support.

There is some mysterious insulation that those contemplating suicide wrap around themselves. Tragically, toward the end, their minds and hearts can’t be read by those around them, nor do they seem able to reach out and ask for help. And no one, except God, can imagine the unimaginable pain they are experiencing.

Faith assures us that God not only understands but also can forgive and welcome such persons out of their pain into the eternal joy of heaven.

We who remain have to trust in God’s love and mercy and, for our part, do all we can to reach out to others, listen to them and realize that we can be instruments of God’s peace in this world, if we only become more sensitive and alert to the sufferings of those around us. But only God, who is always ready to forgive, can fully understand.

With the recent news that suicides in the military outnumbered combat deaths in Afghanistan last year, outgoing Secretary of Defense Leon Panetta called this an epidemic. That caught the attention of military authorities.

We can only hope that those now in the military will open their eyes, ears and hearts to service members who are bearing in silence the burden of unimaginable pain. 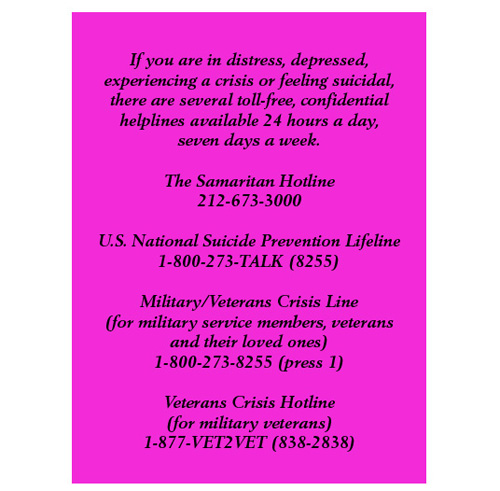 3 thoughts on “Facing the Rising Rate Of Military Suicides”