MANHATTAN — The first of its kind, a large-scale exhibition of religious votive objects is currently on display in Manhattan as part of Bard Graduate Center’s 25th anniversary. 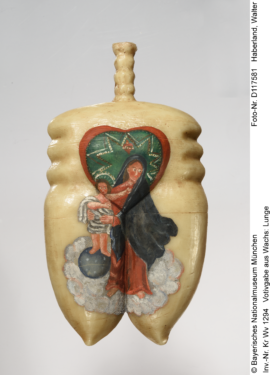 Bard has the only graduate center institute in the United States devoted to the research of decorative arts, design history and material culture.

The leading institution celebrates its 25th anniversary with a series of landmark exhibitions, including: “Agents of Faith: Votive Objects in Time and Place.” This exhibit features more than 250 artifacts from a diverse provenance, tracing the material route of the universal practice of votive offering throughout centuries, cultures and geographies.

The exhibit explores the tradition of linking the spiritual and human realms through material objects. In doing so, it successfully shows that the practice is not just a fetishist practice or religious ritual but a complex human behavior that also manifests itself in secular and pagan beliefs, as if it were intrinsically connected to the human psyche. One can certainly interpret them as material expressions of their need for closure, and not just as a religious memento.

The first floor is dedicated to vows and objects left at the Vietnam Veterans Memorial, one of the modern-day secular pilgrimage destinations that might be seen more as tokens of remembrance or gratitude to honor the memories of the beloved rather than as a practice of faith. This demonstrates that “almost anything can become a votive once charged with meaning through a ritual act,” from a bottle of bourbon to a pack of cigarettes or a stuffed toy.

Reading the letters and poems addressed to the soldiers is also a moving and inspirational experience. They are full of tearing pain but are also liberating. A fragment of a door with a drawing made by Marine Cpl. Michael Ray Peddle (KIA 07/05/1970), deposited at the Memorial, is accompanied with a note written by his younger 10 year-old brother when Peddle left for Vietnam. It says in its first line: “You never made it home, so I brought a piece of home to you.” 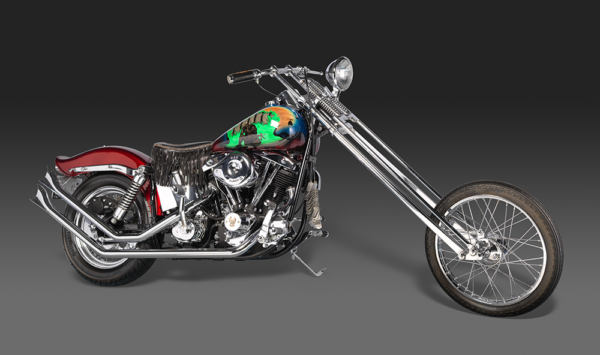 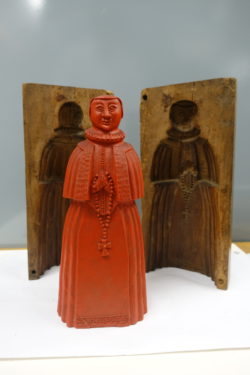 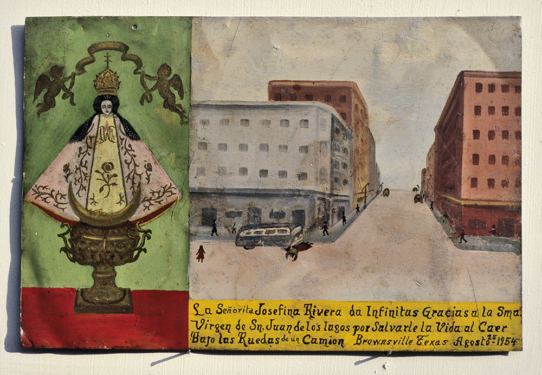 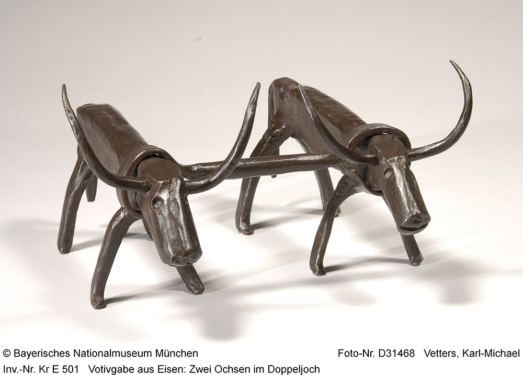 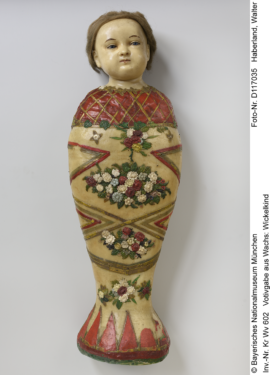 Perhaps one of the most spectacular and unusual votives in the exhibit can be found in this first room: a custom-built Harley Davidson Police Special motorcycle offered on Memorial Day 1995 by a group of Wisconsin motorcyclist “in memory of their state’s thirty-seven soldiers who remained missing” in action.

The name of each of the missing servicemen is registered on the gas tank and a cluster of dog tags hanging from the frame. The green, yellow and red Vietnam service ribbon is embedded in the custom-made leather seat inscribed inside a legend that says: “POW-MIAs BRING ’EM HOME OR SENDS US BACK.

There is a particular votive for any occasion: a carved and painted sculpture, a painting, a shaped candle, a clay figurine. Some are simple like the barely carved branch of a tree or elaborated as the Mexican retablo or “láminas” painted on sheet metal, or the Romaniote Greek Jews sacred objects known as ‘shadai’ot.’

There are several artifacts centuries old, like an Etruscan terracotta torso of a young man exposing its organs in a bas-relief from the third or second century. Others are as recent as the installation ‘Wish Tree’ (1996) by Yoko Ono, part of her interactive ongoing series in which the visitors make a wish, write it down on a piece of paper, fold it and tie it around a branch of the Wish Tree. Ono collects the wishes and buries them all at the base of the Imagine Peace Tower on Viðey Island in Kollafjörður Bay, Iceland.

Walking across the three levels in the upper Manhattan gallery building, one can’t help but think about how human beings objectify (reify) feelings and faith while trying to express, explore or expose them in all of their elusive subjectivity, as part of this complex human protocol of communication-based on the translation of feelings and experiences into graphic or material representations. The human does not communicate directly but thought out an intertwined system of semiotic signs in which votive has a very particular role as a material attempt ‘bridging the human and spiritual realms’ in an instinctive impulse of metaphysics nature.

Votive offering plays a prominent role inside the powerful human narrative of the supernatural and their relation with fate and destiny as surrogated receptacles of story. Some of them, such as the Mexican votive paintings or retablo, records events and episodes in a narrative graphic way that might be considered predecessors of the comic strips.

An important collection of 19th and 20th centuries Mexican and Mexican-American ‘retablos,’ some of them from the Durand-Arias private collection focused on Mexican immigration into the U.S., provide an intimate gaze to the life and beliefs of the migrant workers.

Agents of Faith: Votive Objects in Time and Place exceed expectations retelling the story behind the magical and the ordinary, and it is also a powerful excuse to have a personal and introspective excursion to that blurred region “where the human and divine meet.”

Editor’s Note: The exhibit, “Agents of Faith: Votive Objects in Time and Place,” is on view at Bard Graduate Center Gallery through Jan. 6, 2019.

One thought on “Exhibit Explores Votives: A Human Way to Grasp at the Transcendent”