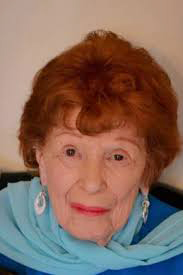 Bishop Scharfenberger became bishop of theDiocese of Albany in 2014. Previously, he was pastor of St. Matthias Parish in Ridgewood. His mother is survived by three sons and two daughters as well as by five grandchildren and two great-grandchildren. She was predeceased by her husband, Edward, of 68 years.