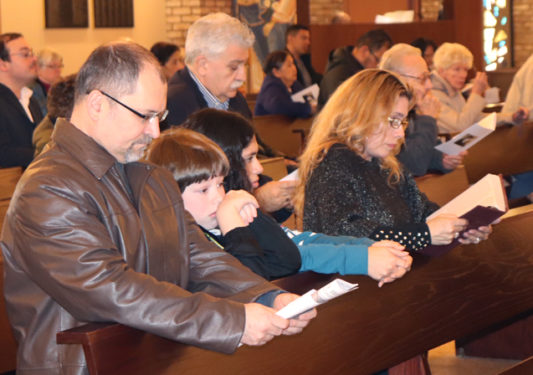 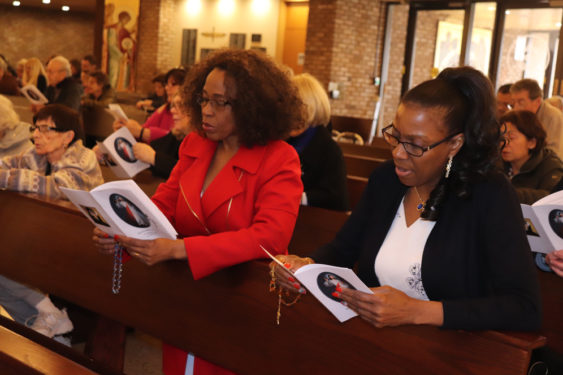 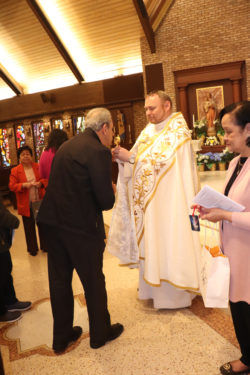 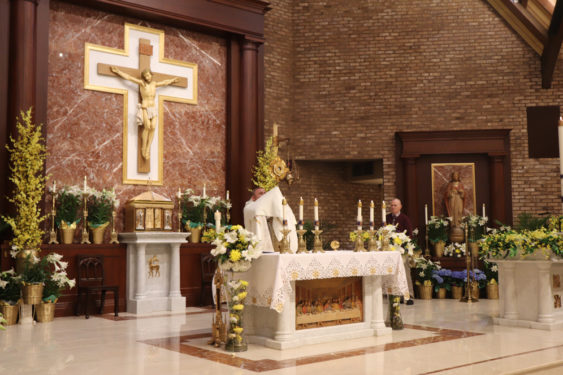 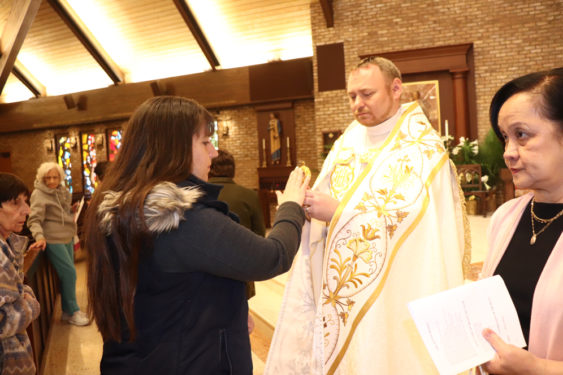 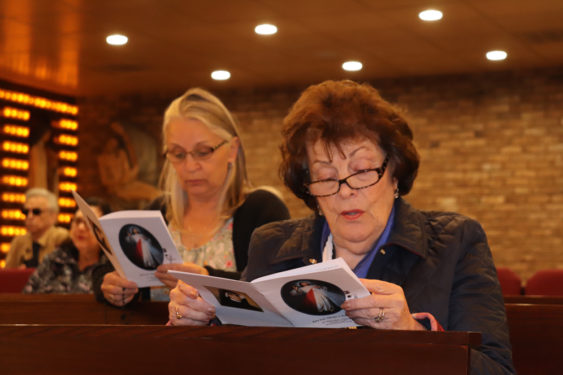 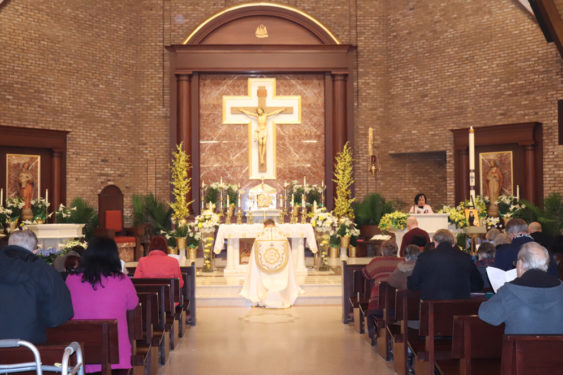 Immersing oneself into the devotion of Divine Mercy Sunday is akin to emerging from the waters of a second baptism, explained Father Lukasz Kubiak.

The congregation met at 2 p.m. to meditate upon the Way of the Cross according to St. Faustina Kowalska, the 20th century mystic who through years of visions and miraculous interactions with Christ, the Mother of God, saints, Heaven, Hell and Purgatory was entrusted with bringing the message of Divine Mercy to the world.

“I desire that the Feast of Mercy be a refuge and shelter for all souls, and especially for poor sinners…. On that day all the divine floodgates through which grace flow are opened. Let no soul fear to draw near to Me, even though it’s sins be as scarlet,” St. Faustina recorded Jesus telling her in her “Diary: Divine Mercy in My Soul.” “Souls perish in spite of My bitter Passion. I am giving them the last hope of salvation; that is, the Feast of My Mercy. If they will not adore My mercy, they will perish for all eternity.”

After Divne Mercy program which included Eucharistic Exposition, the Chaplet of Divine Mercy, St. Faustina’s Prayer for Sinners and her prayer of trust, Father Kubiak began his homily with a simple question: “Are you afraid of condemnation, of God’s judgment?”

He explained that Divine Mercy Sunday is a time to set aside fear and trust God’s mercy, for it is the greatest of His attributes, incomprehensible by even the saints and angels in heaven.

God wants to wash away sin and completely take away all temporal punishment from any penitent that entrusts him or herself into the “blood and water which gushed for forth from the heart of Jesus as a fount of mercy for us.

He than explained the requirements for plenary indulgence and the special blessings God promised upon this day. After the service Father Kubiak made himself available for confession, encouraging all to never tire of asking God for forgiveness.

The congregation was also given an opportunity to venerate a first class relic of St. Faustina. St. Pope John Paul II canonized the Polish nun a saint in the year 2000. At the same time, he surprised the world by establishing the Feast of Divine Mercy, entrusting the third millennium to His Mercy.

Among those who came to entrust themselves to Jesus in Howard Beach were mother and son, Jane and Joseph Orban.

Jane explained that they have been very grateful for the many graces they received from God and wanted to show their love, in addition to entrusting their petitions to God’s Mercy.

Joseph, an adult with Downe Syndrome, explained that he just loves coming to Church and talking to God. He was beaming as he sat in the front pew of the church.