Day in and day out, consecrated women and men minister in the schools, hospitals and parishes of the Brooklyn Diocese. So it was fitting that they observed World Day for Consecrated Life by taking a few hours for themselves – to reflect, pray and share fellowship with one another.

Representatives of various religious communities and secular institutes gathered for an afternoon retreat at the Cathedral Basilica of St. James in Downtown Brooklyn, Feb. 5. The four-hour event culminated with the regular 5 p.m. Mass celebrated by Bishop Nicholas DiMarzio. During Mass, those in consecrated life renewed their commitment to serve God and the Church.

“Sometimes we need some quiet and a peaceful environment. We had a little bit of that today,” said Ghanaian Sister Mary Delphina Tsiwabah, H.D.R., who resides in Flushing, and works at a hospital in Queens.

Gift to the Church

Pope St. John Paul II instituted World Day for Consecrated Life in 1997 to highlight the gift of consecrated persons for the Church. This celebration is attached to the Feast of the Presentation of the Lord on Feb. 2, and it is a day to pray for those called to consecrated life as religious sisters and brothers, religious priests, consecrated virgins, hermits and members of secular institutes.

The Diocese of Brooklyn is home to men and women who embrace many forms of consecrated life. In Brooklyn and Queens, there are currently 689 religious sisters, 107 religious brothers, 157 religious order priests, five contemplative/monastic communities of sisters, consecrated virgins and representatives of secular institutes.

This year marks the 70th anniversary of the secular institutes as a form of consecrated life in the church, noted Sister Maryann Seton Lopiccolo, S.C., episcopal delegate for religious in the diocese. These groups of women or men dedicate themselves to God by professing vows of poverty, chastity and obedience, “yet they live a hidden life, witnessing to Christ and Christian values as a leaven in today’s world,” she said.

Vincentian Father Patrick Griffin opened the afternoon with a talk exploring the theme of “Walking with God” using Old and New Testament passages to guide attendees to reflect on that “walk” as an individual, and for some, as a member of a religious community.

“When we consider the lives of our founders, it is easy enough to imagine them as people who walked with God and who spoke to him with great intimacy and fervor,” said Father Griffin, who serves as executive director of the Vincentian Center for Church and Society at St. John’s University in Jamaica.

“The incarnation placed Jesus among us, and naturally invites us to consider what it would be like – and what it is like – to walk with Him,” he said. “On this retreat day, I invite you to take a walk with God. Let it bring you to the places where you need to go and hear the words which you need to hear.” 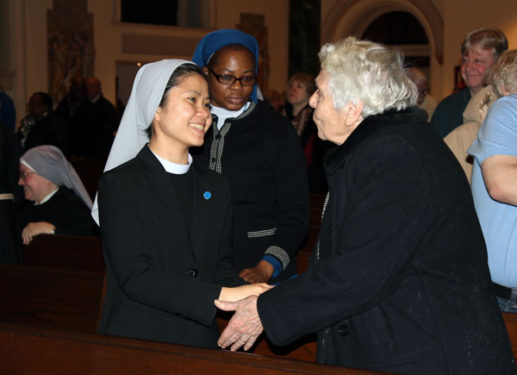 Attendees then had the opportunity to stroll around the cathedral-basilica, contemplating the Stations of the Cross and exquisite stained-glass windows as they meditated on Father Griffin’s words.

For Brother Ron Travers, S.C., walking with God meant leaving a good teaching job in sunny California to move east and join the Brothers of the Sacred Heart. What drew him to the order, he said, was “love for the heart of God, which we put forth in all we do.”

Twenty-one years later, he’s still as fervent in his vocation.

He said he tries to offer a good witness to the joy of consecrated life to his students so that they might be open to the idea of religious life and letting God guide their path.

“We really have to express ourselves more as far as to what our life is. We need to encourage more. We need to open our houses, our various ministries that we have,” he said. “We need to invite others to come and see what we’re doing, and be that witness of example to them.” 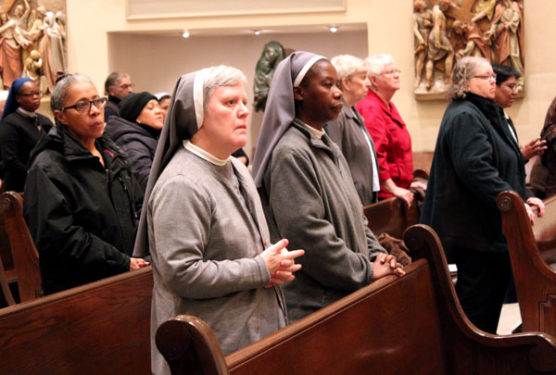 Being Salt and Light

Preserving what is true and showing God’s goodness in the world are the responsibilities of those in consecrated life, the bishop said in his homily. He spoke about the Gospel reading in which Jesus instructs His disciples – then and now – to be salt and light to the world.

“Salt and light both bring change,” the bishop said. “Salt flavors and preserves, and light dispels darkness. It is a call to conversion in the hearts of those who believe in Jesus.”

Older, American-born religious sisters sat in the pews at Mass beside younger religious women from Africa and Asia, with religious brothers and laypeople rounding out the congregation.

“We encourage you,” the bishop told them. “The very presence of religious in the world is salt and light.”

While the lived expression of consecrated life takes different forms for sisters, brothers and lay people, Sister Maryann reminded all present that what unites them is their “common call from God to come and see, come and follow, come and be one in Me.” 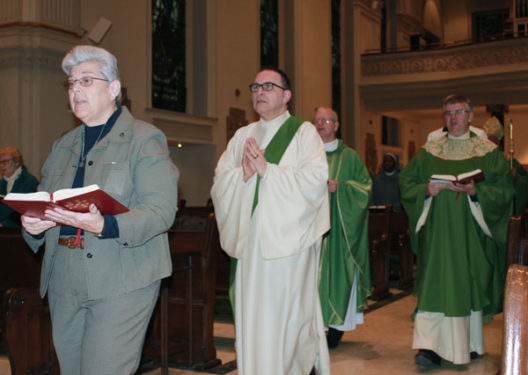 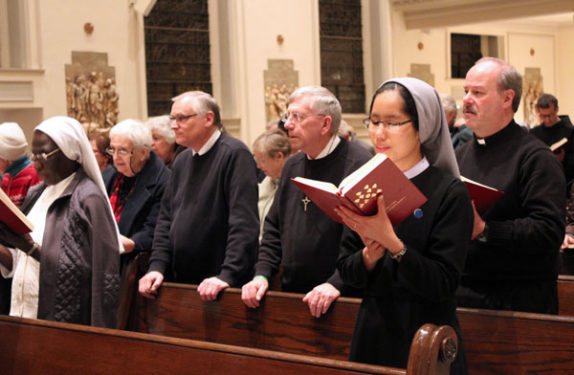 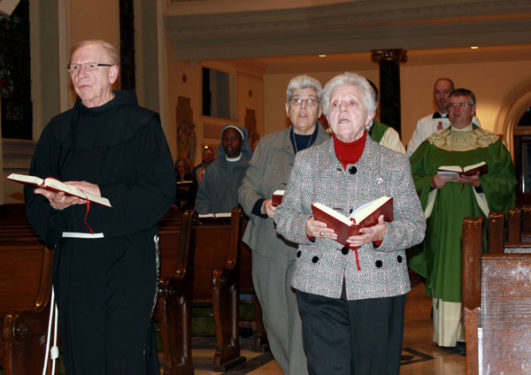 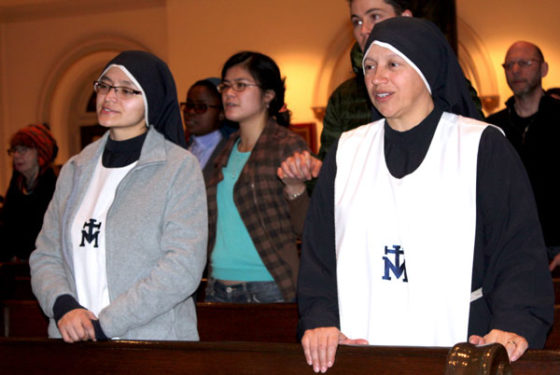 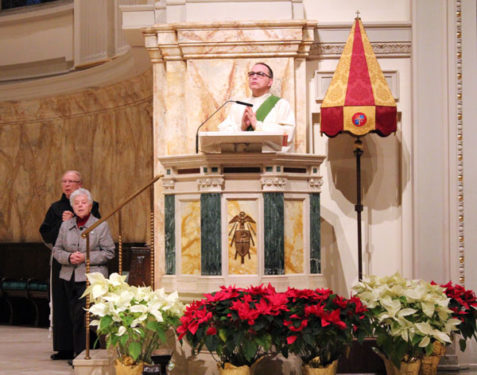 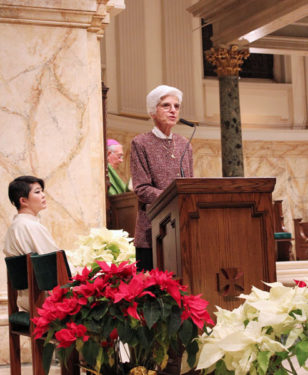 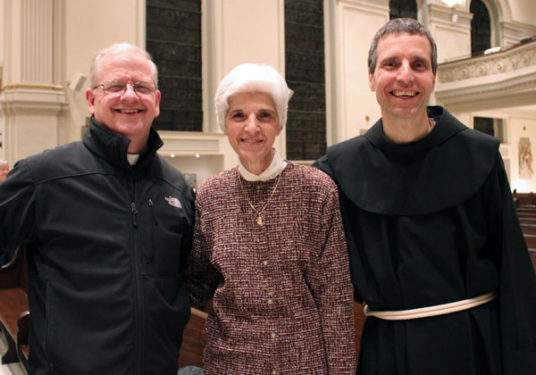