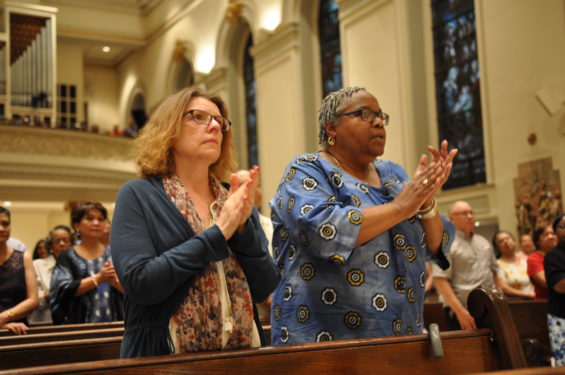 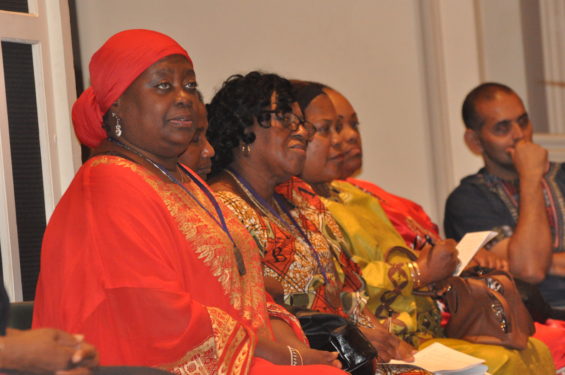 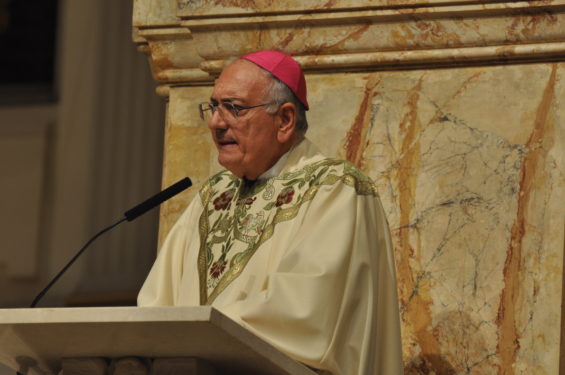 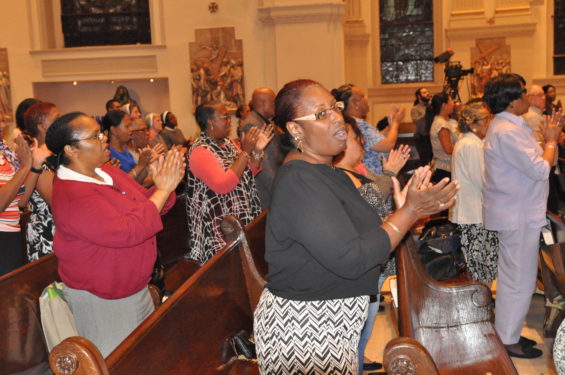 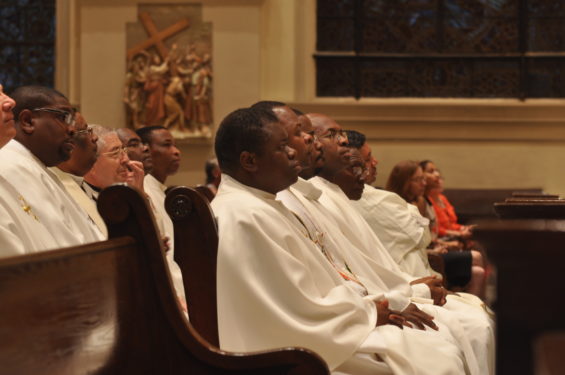 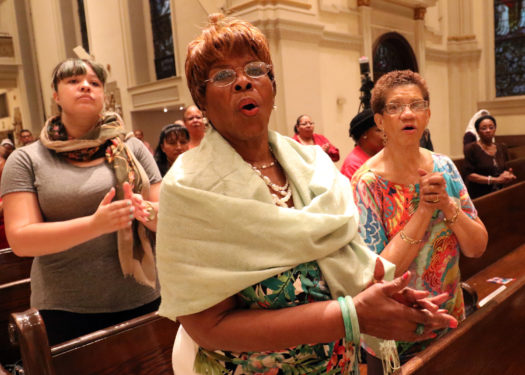 Bishop Nicholas DiMarzio is forming a new commission to study the effects of racism in the Church and on the Diocese. He made the announcement Aug. 24 at a specially called Mass for Solidarity and Peace to counter the recent racist overtones of demonstrations in Charlottesville, Va.

He said, “I am establishing a diocesan commission for social justice… In the coming months, we will design our commission to deal with the social and religious problems that racism – in all of its forms – presents to us.”

The commission will be named for Msgr. Bernard Quinn, a white Brooklyn pastor who established parishes and services for black Catholics in the first half of the 20th century. His cause for sainthood is currently before the Vatican Congregation for the Saints.

Msgr. Paul Jervis, postulator for the cause of sainthood for Msgr. Quinn, said naming the commission for him was appropriate because “his overflowing love was in the spirit of martyrdom when he stood alone, fearlessly and defiantly, against a KKK mob which had twice burnt down the home he had founded for his black orphan children 1928 in Wading River, Long Island.”

The bishop pointed out that only a day before, the U.S. Bishops had set up an ad hoc committee that will “challenge the sin of racism,” listen to those “suffering under this sin,” and encourage coming together in the love of Christ.

He specifically mentioned the Ku Klux Klan, Neo-Nazis, Alt Right, white supremacists, and Anti-Semites, as groups that have their roots in racism and need to be rejected.

“Racism remains the preeminent sin of not only our nation, but also of our Church,” said Bishop DiMarzio.

“We should not tolerate monuments to people who were racists or tried to destroy our democracy. We in the United States have our own particular original sin. It is called racism.”

He explained that racism has its origin in a “sense of inferiority. This flies in the face of our God-given knowledge that we are all created as children of God, and, as we profess in our country, we are all created equal. We have yet to put into practice what God teaches us and what our nation professes.”

He invoked the intercession of St. Peter Claver, the 17th-century Jesuit priest who labored on the docks of Colombia baptizing literally thousands of slaves and ministering to their physical and spiritual needs.

“If he could have changed slavery, he would have done so. Instead, Peter Claver did whatever he could to alleviate the pain and suffering that came from the innate racism that allowed for slavery and changed the face of the United States,” he explained.

“Our real home is in Heaven,” said the bishop. “And it is only there that we will be free from Original Sin, that of our first parents, and that of our nation. But in the meantime, while we live in exile, we can look to this evening’s Gospel, for an answer.”

That reading was about the Beatitudes and the bishop said, “Jesus calls us to be people who are blessed, blessed as we put into practice the revolutionary teaching that He gave to us.”

Bishop DiMarzio was joined at the altar by five auxiliary bishops of Brooklyn, and 20 priests and deacons. A little more than 100 people attended the liturgy, which was called together quickly at the request of Father Alonzo Cox, director for African-American ministry in Brooklyn and Queens.

During the liturgy, prayers were also offered for the victims of the recent terrorist attacks in Barcelona, Spain.

Angela Brandt of St. Therese of Lisieux parish, East Flatbush, said she was pleased with the bishop’s announcement about a commission to study racism.

“We need to acknowledge that there is a problem,” she said. “I had to explain to my son who is now the generation out there dealing with this that I have dealt with this my whole life. I am very proud of the younger generation and seeing so many young people responding to what is happening in America.

“The recent events are touching so many people’s lives, so we need to come together tonight and pray. We are all here together on this one planet and we can’t destroy one another.”

“The Church has a prophetic voice to address the issues that our society faces and also being that witness in the world,” he said. “I believe the Bishop’s commission is a step in the right direction and it is my hope to be the beginning of something great.”

“Father Alonzo told me about this Mass and once I heard, I knew I wanted to be a part of it and help out anyway I could,” he said.

“Seeing the events that have taken place over the last few weeks I have been waiting to see how the Church would react because I knew the Catholic Church had to do something and make its stand.”

Michael Jean of St. Jerome’s parish, East Flatbush, said he “came to show my support as the community and Bishop DiMarzio are showing their compassion for the events in Charlottesville. We need compassion now more then ever and the Church makes a big difference as we can all come together and be safe.”

Donna Leslie, a parishioner at Our Lady of the Presentation, Brownsville, said she came to the Mass “because we all need healing. A tragedy has happened. I grew up seeing that back in the ’60s and I started to believe those days were behind us, so this has brought back a lot of painful memories.

“I am here to pray for peace and healing for Brooklyn and for everyone in the country. Racism is there because of lack of communication and understanding.

Contributing to this article was Matthew O’Connor of The Tablet staff.