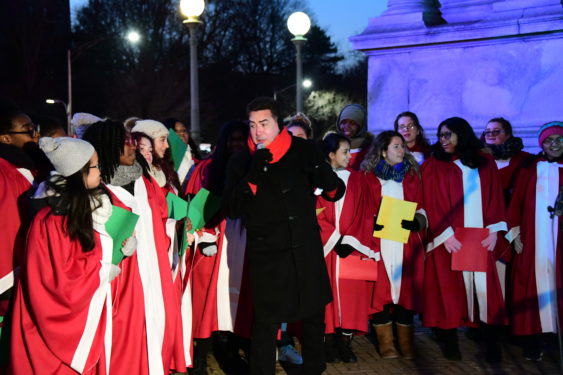 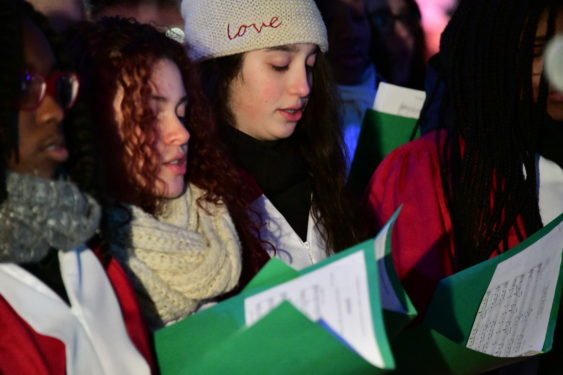 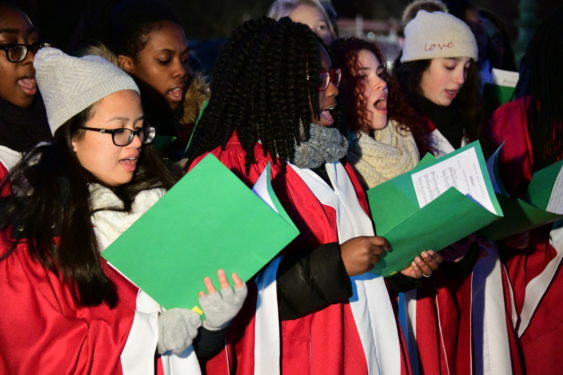 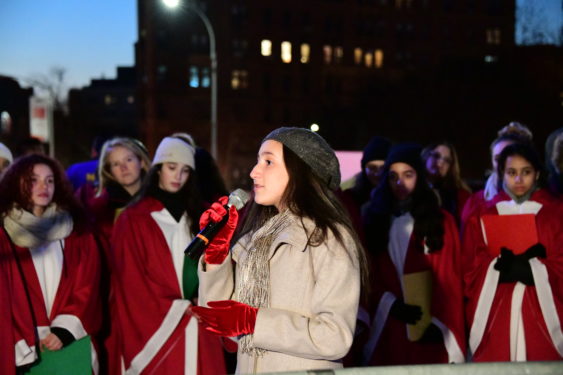 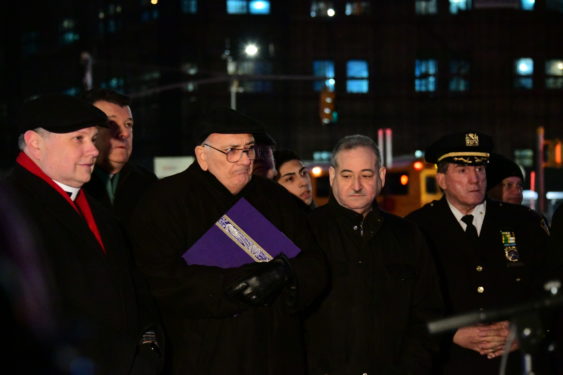 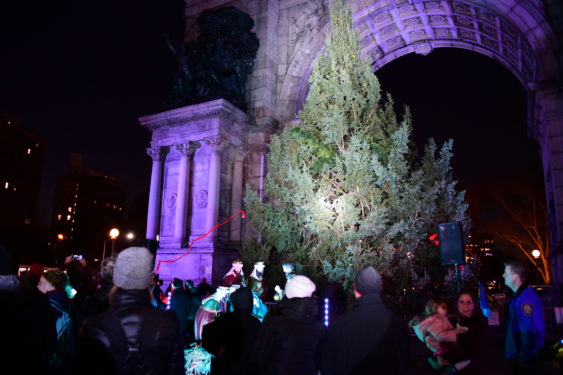 A Grinch may have tried to spoil some fun, but he could not steal the Christmas joy felt in Grand Army Plaza in Prospect Park, Brooklyn, Dec. 11.

Bishop Nicholas DiMarzio blessed a life-size Nativity crèche and giant Christmas tree, which he planned to light, but it seemed that someone stole some bulbs before the festivities began.

That’s when NYPD officers turned their flashlights on the 35-foot balsam fir Christmas  tree, evoking smiles and appreciation from the crowds that gathered at the Soliders’ and Sailors’ Memorial Arch to enjoy the event, which served to kickoff the Christmas season in the borough.

The event was made possible by DeSales Media Group, the communications and technology arm of the diocese.

The tree, which has been decorated with thousands of colored lights to represent the diversity of Brooklyn, and the Nativity will be on display through early January.