When Jorge Dominguez, editor of DeSales Media’s Spanish monthly newspaper Nuestra Voz, returned from covering the papal trip to Mexico last month, he brought along with him so many good photographs that we felt it was important to share more of them with you. Dominguez spent six days in Mexico City, Chiapas, on the southern border with Guatemala and Juarez on the northern border with the United States. He captured the anticipation of the Mexican people as well as so much of the color surrounding the papal events. Below is a slideshow of images he captured. 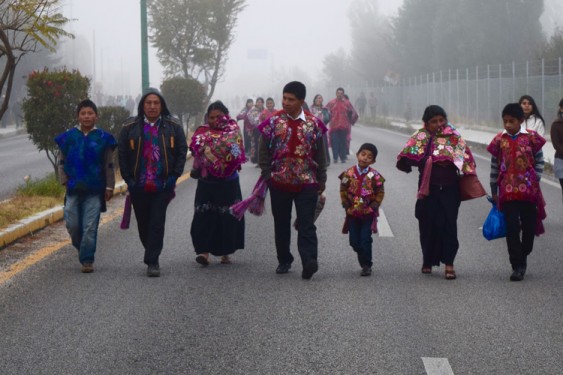 A family dressed in native garb walks the road to the papal Mass in Chiapas Feb. 14. 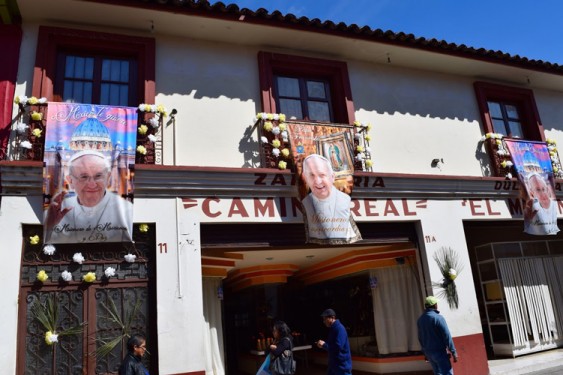 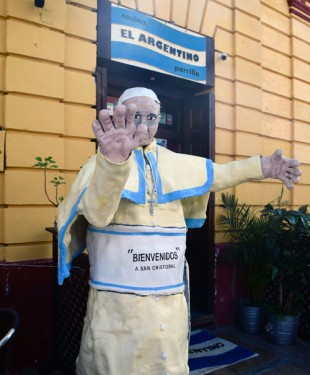 A likeness of Pope Francis outside an Argentinian restaurant. 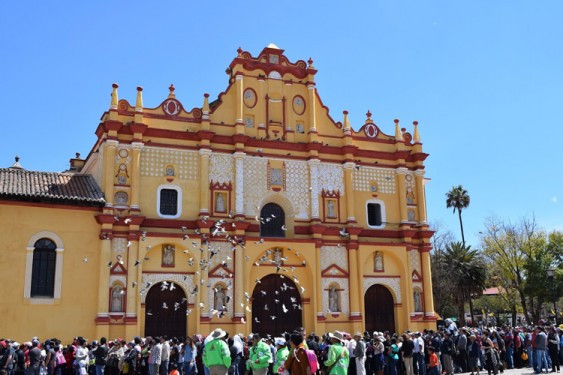 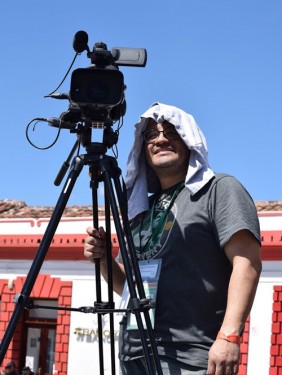 NET-TV producer Eli Soriano waits under the hot Mexican sun for the arrival of Pope Francis. 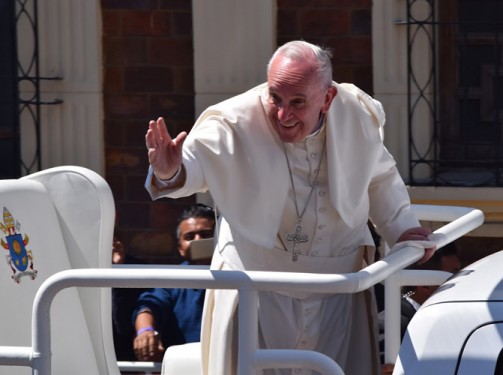 Pope Francis smiles and waves from the popemobile as he enters Chiapas Feb. 14. 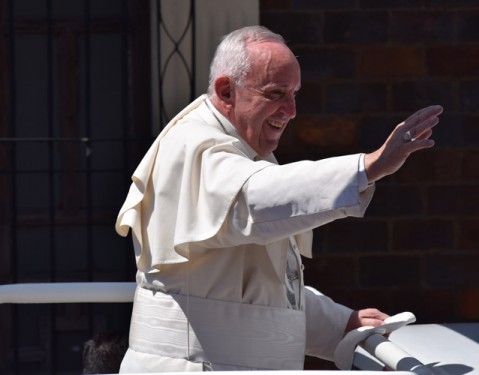 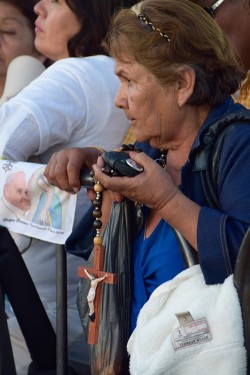 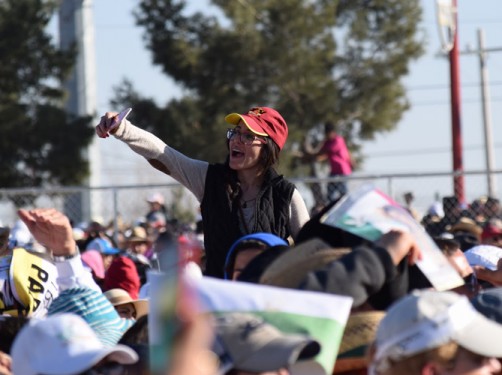 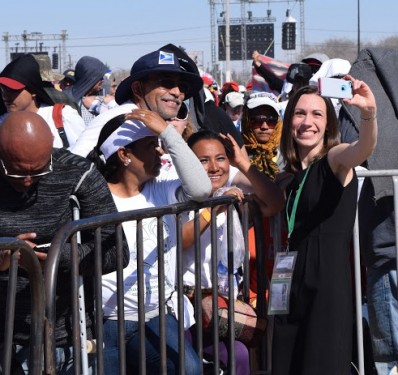 NET-TV correspondent Katie Breidenbach takes a selfie with some local Mexicans in Juarez. 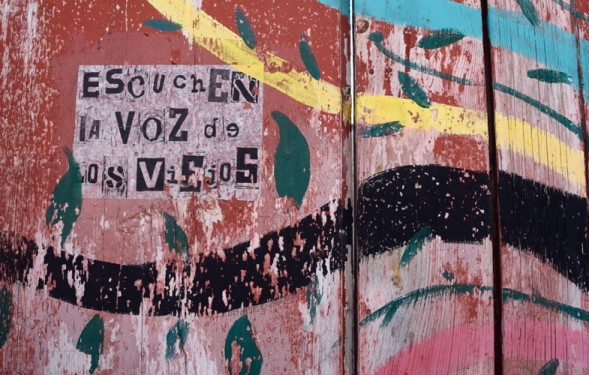 A Spanish-language sign that reads: "Listen to the voice of elders." 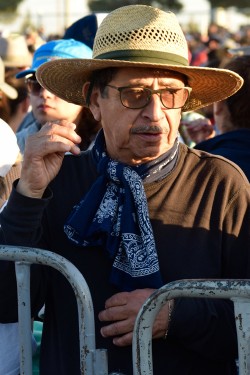 A Mexican man waiting at the fairgrounds in Ciudad Juarez, where the Holy Father celebrated Mass Feb. 17. 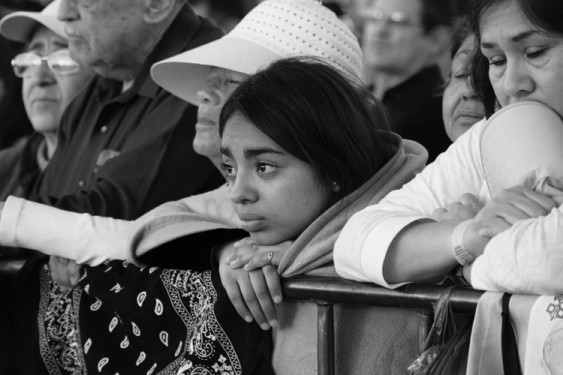 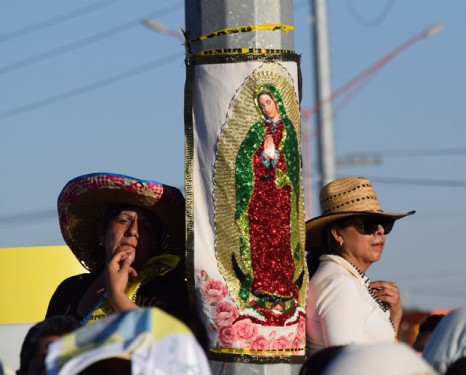 Two Mexican women sit alongside a depiction of Our Lady of Guadalupe. 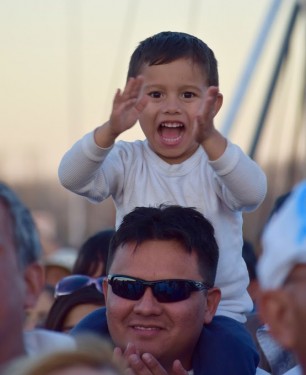 An excited young boy sits on his father's shoulders at the Juarez fairgrounds. 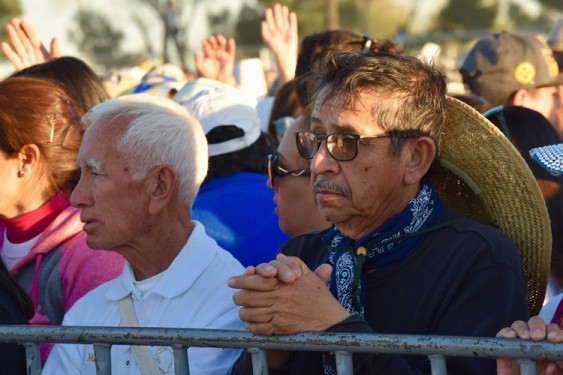 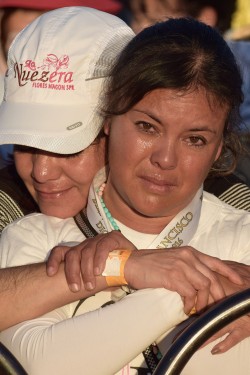 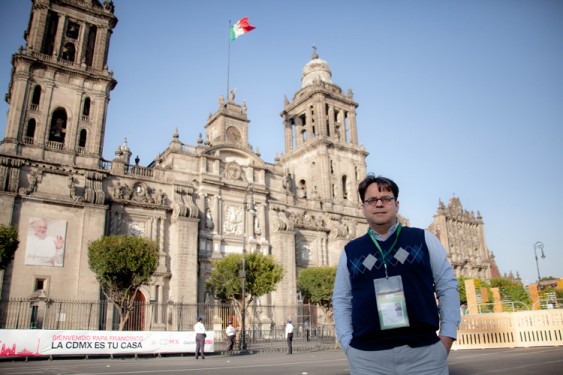 Jorge Dominguez, editor of Nuestra Voz, who photographed these images in Mexico.