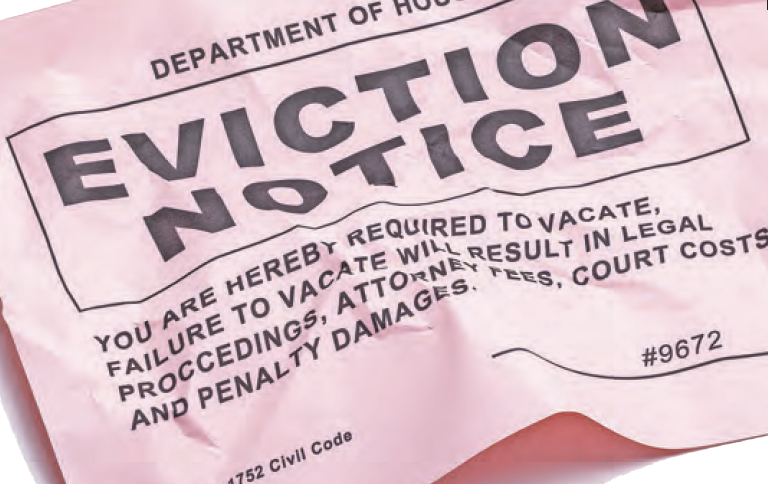 PROSPECT HEIGHTS — New York City passed a law in 2017 guaranteeing legal representation in housing court for tenants facing eviction. Now, five years later, 17,000 litigants who qualify for a free lawyer still don’t have one — but their cases are moving forward in court anyway.

That is the assessment of a study released in October from New York City-based fair housing advocates — the Association for Neighborhood & Housing Development and the Right to Counsel NYC Coalition.

The 17,000 tenants without counsel represent 60%, of all of the tenants in court, according to the coalition, which includes Catholic Migration Services, a nonprofit legal services provider affiliated with Catholic Charities of Brooklyn and Queens.

Bryan Fotino, an organizer for Catholic Migration Services’ tenant advocacy program, said the coalition has embarked on a campaign to slow evictions until everyone can get a lawyer.

The coalition has demanded that Judge Anthony Cannataro, acting chief judge of the New York State Court of Appeals, do just that. Judge Cannataro is responsible for administering housing court judges.

“The court could order that these cases be halted until the right to counsel is secured for all tenants,” Fotino said. “But he has chosen not to do that.”

A spokesman for the court system said judges try to ensure everyone gets a lawyer, but they also are legally responsible for keeping cases moving.

“As the service providers are well aware, there are numerous laws and regulations that exist, dictating case movement, which we are not free to just ignore,” said Lucian Chalfen, spokesman for the state Office of Court Administration.

He added that the coalition’s demands are the same as asking the courts “to discriminate by assessing which cases to commence, delay, or adjust, when they will be heard, solely on who is petitioning the court.”

Chalfen said that sets “a dangerous and potentially unconstitutional precedent.”

“Another issue is turnover,” Fotino said. “With the impact of inflation and economic uncertainty, a lot of legal services providers (lawyers) are leaving the field in search of better-paying jobs or less demanding jobs.”

Chalfen also claimed that since March, more than 10,000 cases did not get free counsel because right-to-counsel providers left the field without fulfilling “contractual obligations” with the Office of Civil Justice, which funds the program.

Meanwhile, Fotino said, the remaining legal service providers, such as the three-lawyer team at migration services, are struggling to keep up with the caseloads.

“We are pretty strained right now,” Fotino said, “But we’re still trying to do our best.”

The 2017 law was pushed by former Mayor Bill de Blasio, but its origins go back to 2014, and Catholic Migration Services was involved from the start, Fotino said.

“Pre-2017, the landlord almost always came to court with an attorney who had an understanding of the law and how to evict the tenant,” he explained. “But there was no counterweight on the side of the tenant, advocating on behalf of them.

“So it basically led to housing court being an eviction machine, where tenants and landlords would come in and the outcome would disproportionately favor the landlord.”

According to the coalition, studies show that 84% of tenants with legal counsel manage to avoid eviction.

The right to decent and safe housing is a value upheld by the Roman Catholic faith, according to the U.S. Conference of Catholic Bishops.

“But I don’t think it’s just a Catholic value,” Fotino said. “I think it’s just a general human rights philosophy that everybody should have a roof over their heads. And, in the richest city in the world, it’s a disgrace that we can’t guarantee housing as a human right.”

Chalfen insisted that the court system “has been a partner” in successfully making free legal services available to tenants.

For example, he said, judges strive for right-to-counsel by leading a “Housing Court Working Group” that seeks solutions with legal service providers and the New York City Office of Civil Justice.

Members of the Rent Stabilization Association, which represents property owners, were unavailable for comment. But, in a recent op-ed article, they called upon the State Legislature to step in to provide relief for all parties.

“Lawmakers have no plan or urgency to prioritize the crisis,” RSA asserted. “This hurts tenants as well as landlords.

“Fixing the system will require a collaborative effort by lawmakers, the Office of Court Administration, property owners, renters and landlord-tenant attorneys if Albany truly wants to keep tenants in their homes.”