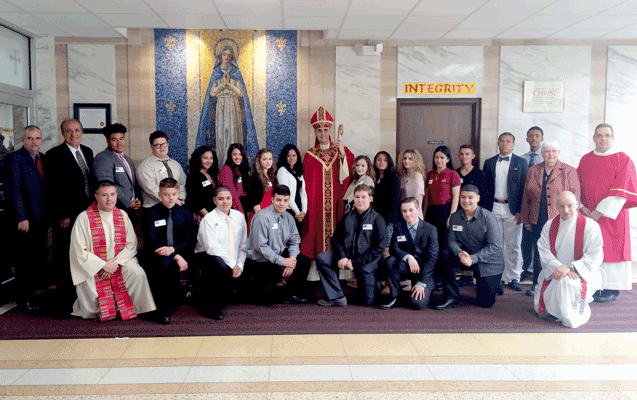 Christ the King High School is a Catholic high school dedicated to creating an atmosphere in which all members of the student body can attain a high level of achievement based upon their unique abilities and relationship with God.

Christ the King High School is an independent, co-educational Catholic high school with a four-year college preparatory curriculum. Located in Middle Village, Queens, Christ the King draws students from all areas of the city. The school is accredited by the Board of Regents of the State of New York and the Middle States Association of Colleges and Secondary Schools.

Long known for its nationally ranked athletic programs, Christ the King has reached a level of academic distinction making it one of the most sought after private high schools in New York City. Each year, its students achieve academic excellence that results in millions of dollars of scholarships from colleges and universities across the nation. Christ the King’s dedicated teachers and support staff have demonstrated both the knowledge and commitment to make its academic program second to none.

The curriculum offerings at Christ the King are designed to allow each student the opportunity to maximize his or her potential. Course offerings include:

• Religion: Courses include: Catholic foundations I & II, Hebrew & Christian Scriptures, the Christian way of life. Community service hours are required of all sophomores, juniors and seniors. 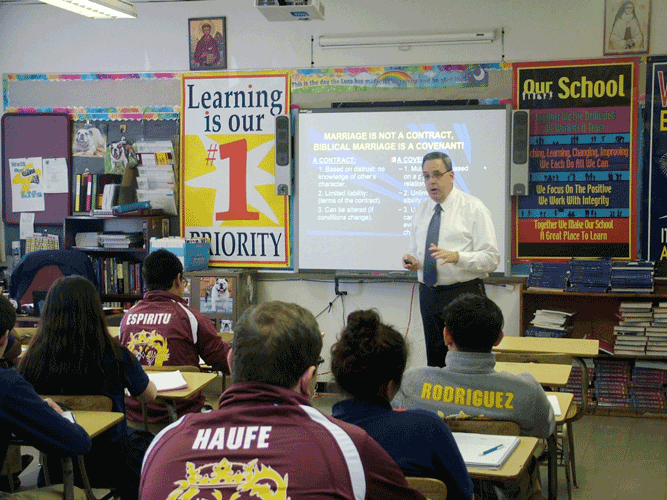 Christ the King also offers an honors track for ninth through 12th graders, as well as the opportunity for juniors and seniors who excel to participate in St. John University’s High School Extension Program.

Students have a wide array of award winning clubs and activities, including its math, and speech and debate teams, which have consistently been ranked within the top place winners amongst hundreds of high schools throughout New York State.

Christ the King stands committed to offering its students a safe environment, an excellent education, a place to learn personal responsibility, an opportunity to build a strong body as well as a sharp mind, the challenge of competition in a first-class sports program, and a home that places a premium on spiritual growth. 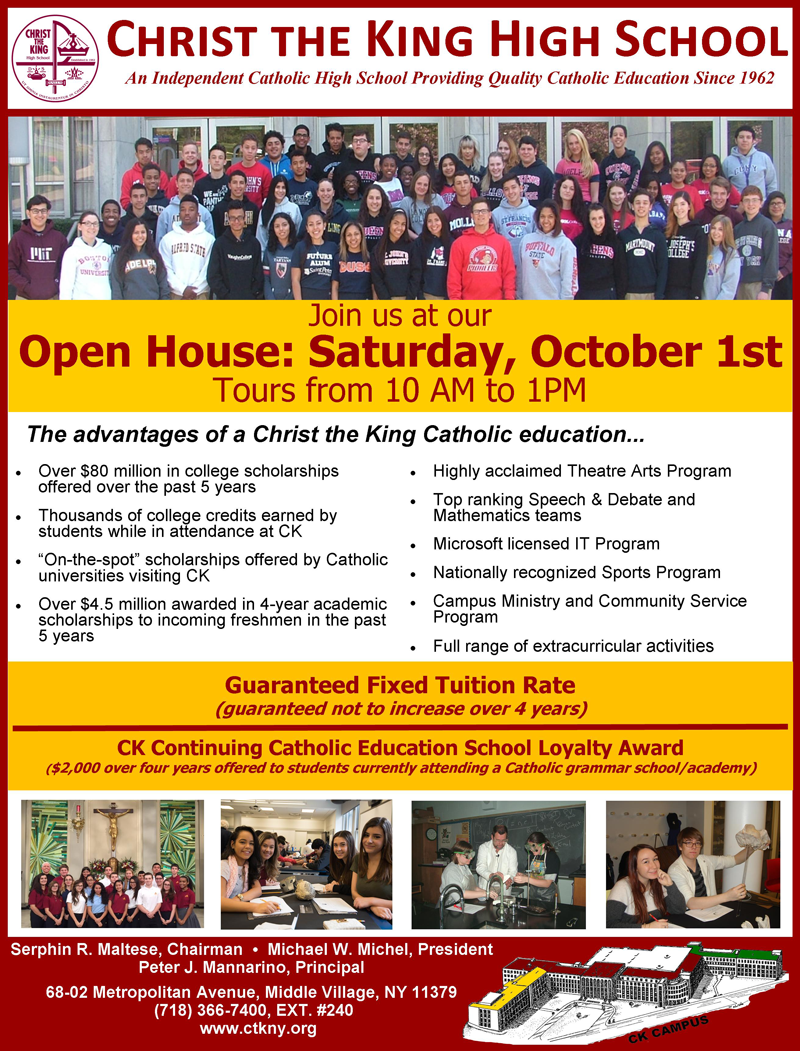