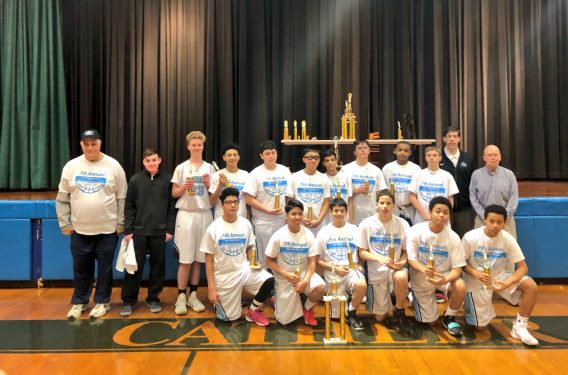 Talanova represented Kyrgyzstan at both the Summer Olympic Games in London (2012) and Rio de Janeiro (2016) in the 100-meter breaststroke. Dreesens is a two-time Olympian (2012 and 2016), swimming freestyle for the Netherlands.

Vincent Bezecourt, a former midfielder on the St. Francis College, Brooklyn Heights, men’s soccer team, has re-signed with the New York Red Bulls of the MLS. He is set to occupy an international spot on the Red Bulls roster.

As a junior, the native of France helped lead the Terriers to the 2014 Northeast Conference championship and a No. 22 national ranking. In 2015 as a senior, he led the squad with seven goals and was named a Third Team All-American by the National Soccer Coaches Association of America.