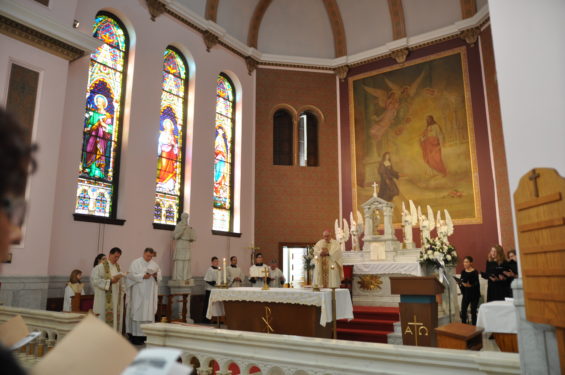 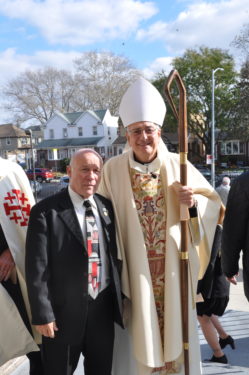 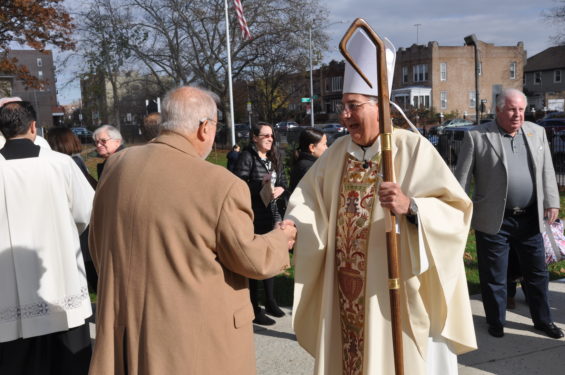 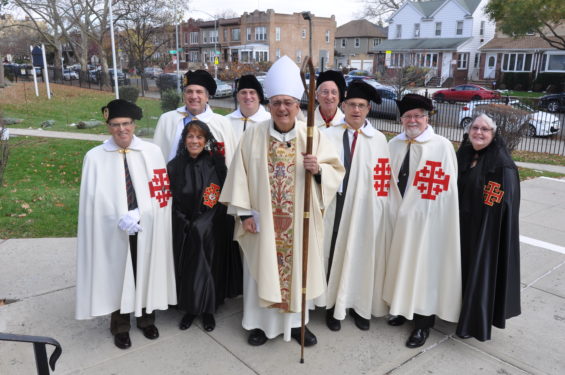 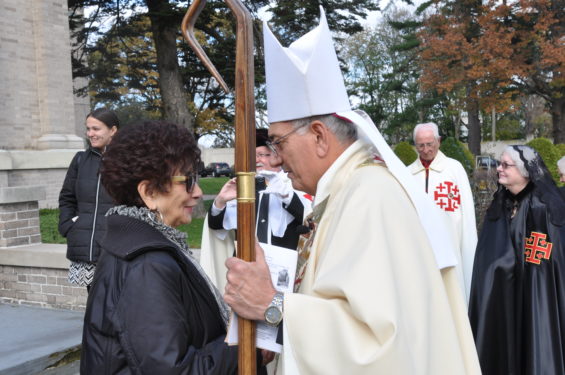 At the annual Memorial Mass of the Cathedral Club of Brooklyn, prayers were offered for the deceased members of the 118-year-old society, but the list of the dead had to be updated at the last minute.

In the week before the liturgy, news came about the untimely death of 29-year-old Police Officer Brittany Gromadzin Kelly, daughter of the club’s past president, Jim Kelly.

She was remembered in the Prayers of the Faithful along with the late Sister Pauline Baulis, a member of the Visitation Monastery community, Bay Ridge,  where the Cathedral Club Mass took place.

Bishop Nicholas DiMarzio, the Club’s spiritual director, was the main celebrant of the Mass.

He was joined by Msgrs. Kieran Harrington, chaplain to the club, and Jamie Gigantiello, diocesan vicar for development.

In his homily, the bishop explained the Communion of Saints, saying it is comprised of the deceased who already live in the presence of God, others who await union with the Divine and the people alive on Earth.

“There is a tremendous union between us and them,” said Bishop DiMarzio.

“We feel a closeness to those who have gone before us. We call upon those who are in God’s presence to make intercession for us.”

He said there is a long tradition of praying for the dead.

“From the earliest days of the Church, Christians went to the tombs of the dead to celebrate the Eucharist.”

A Communion-breakfast at the Bay Ridge Manor followed.

Club President Brian Long announced that the annual Dinner has been scheduled for Thursday, Feb. 7, 2019, at the Marriott Marquis Times Square with the main speaker being NYC Police Commissioner James O’Neill.

Long also said that the annual Christmas party would be held on Thursday, Dec. 13, at Mama Rao’s, Brooklyn.