A lack of civility in the public debate at home and religious intolerance around the world are two of the biggest problems facing modern society.

That was the message of New York State Comptroller Thomas P. DiNapoli, the main speaker at the 116th annual dinner of the Cathedral Club of Brooklyn, Feb. 4 at the Marriott Marquis Hotel in Manhattan.

“Being in public service at a time of way too many instances of public abuse of the public trust, I’m often asked my view of what is the solution to the ethical lapses that seem so prevalent,” said DiNapoli.

“We can debate specific policies and proposals. But the simple answer is that we need more good people who are willing to step up.

“And it seems to me, while it may not be the only pathway to good values, the core precepts of Judeo-Christian tradition are a clear way to reset the framework of ethical behavior in the public and private spheres.”

He urged the almost 500 people in attendance to be encouraged by the saints that people can live up to their highest aspirations.

He called religious intolerance a “cancer” that is spreading around the world.

“From Boko Haram to ISIS, twisted religious ideologies are inflicting an unprecedented level of brutality, producing an unending wave of refugees feeling persecution,” he pointed out.

He explained that the extinction of some Christian communities in the Middle East and Africa are examples of people who are being persecuted for their faith.

He urged listeners to pray for these modern-day martyrs and also to support groups such as Aid to the Church in Need that are working to come to the rescue of those being persecuted. Thirdly, he asked for support for “our armed forces that find themselves in harm’s way in dangerous parts of the world.”

Catholics, in particular should return to a more frequent attendance at Mass as a way to show respect for our freedom of worship, he added. 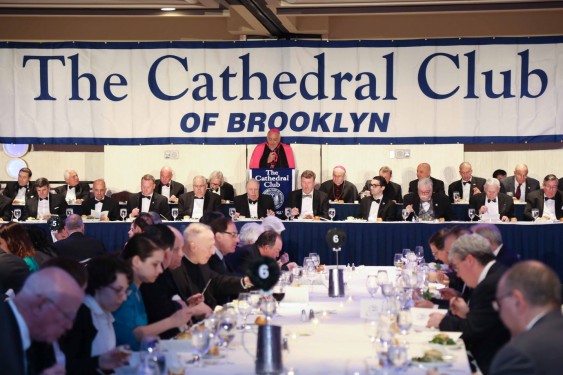 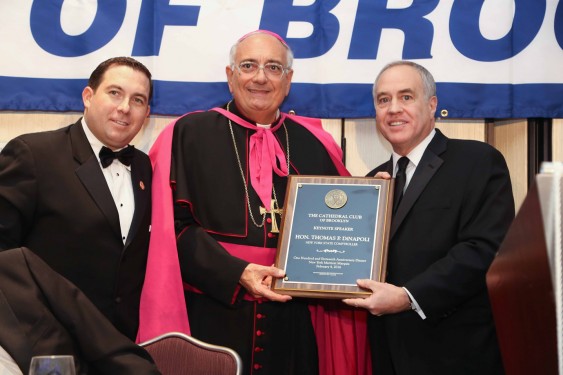 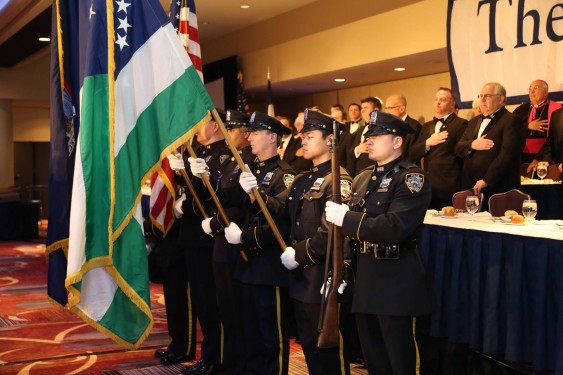 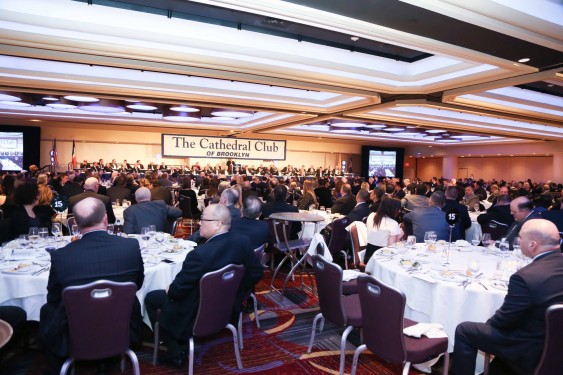 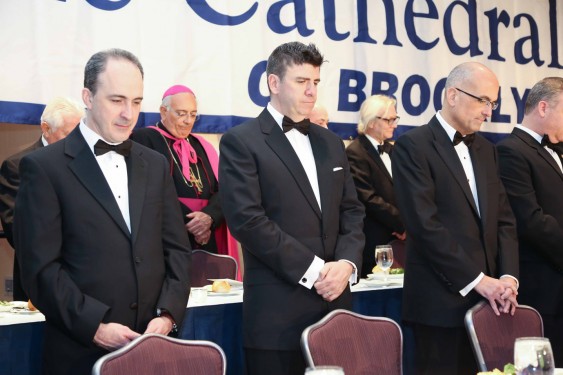 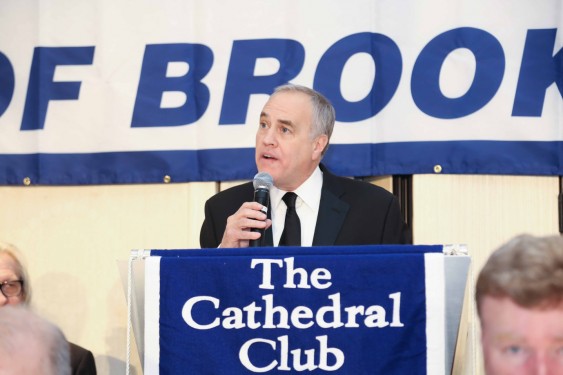 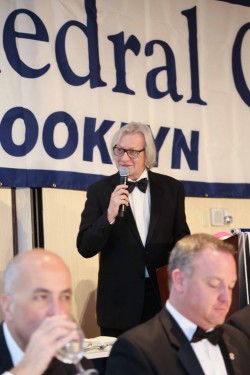 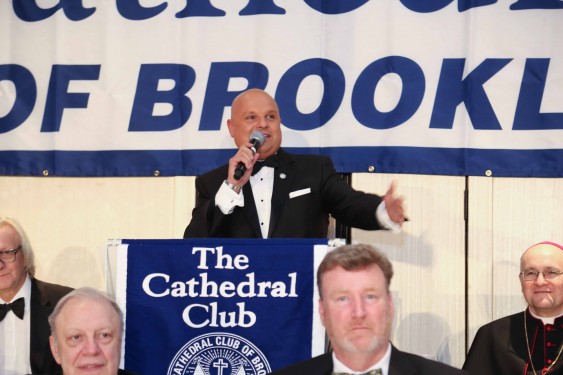 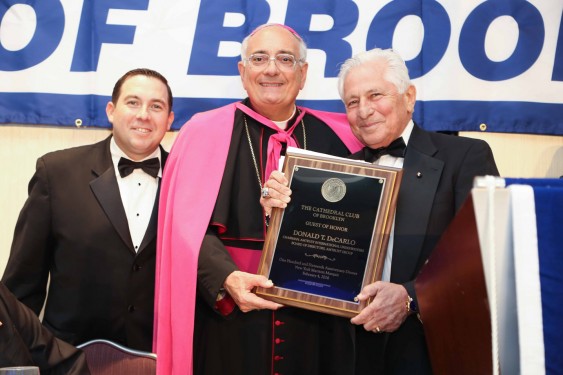 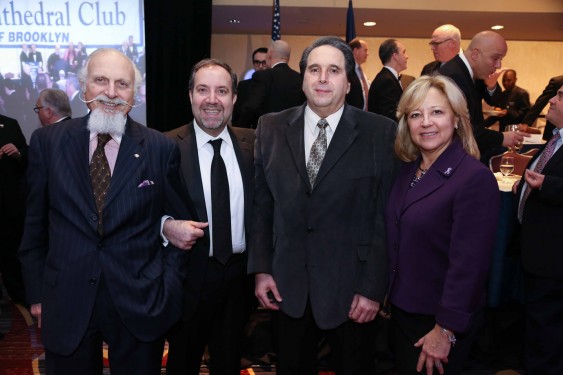 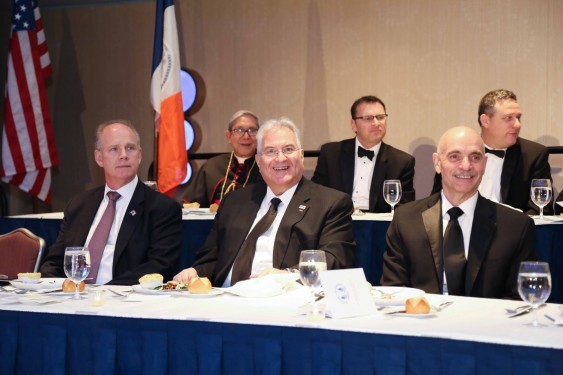 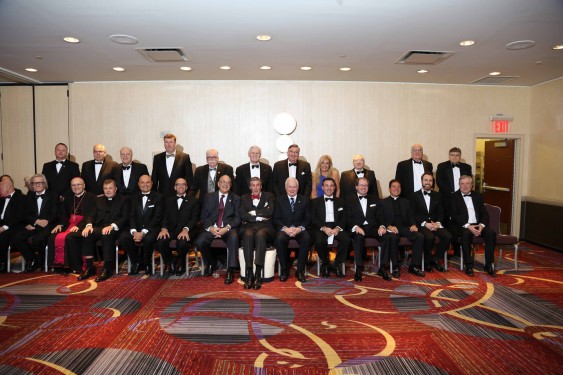 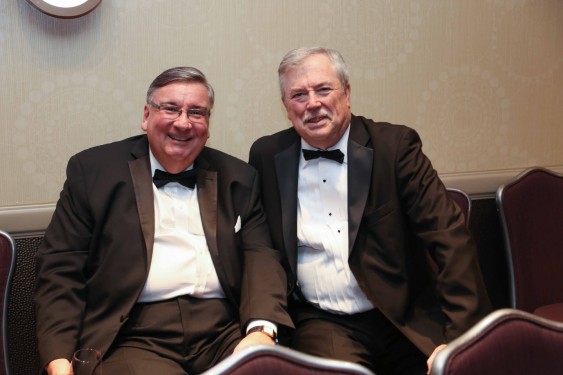 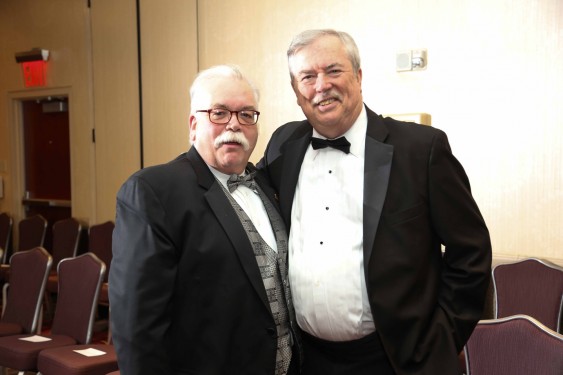 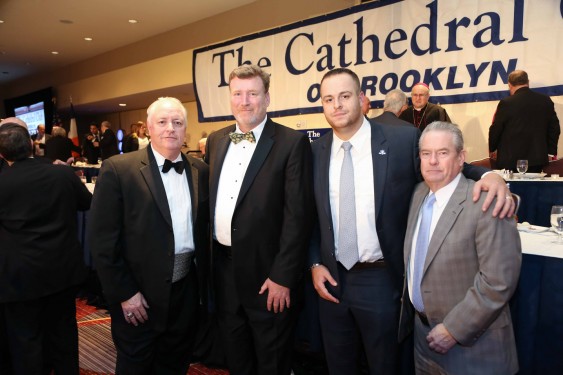 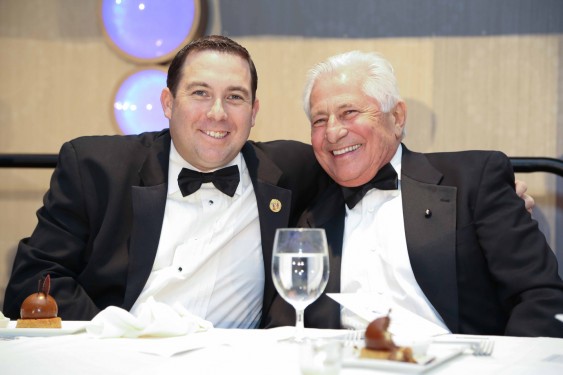 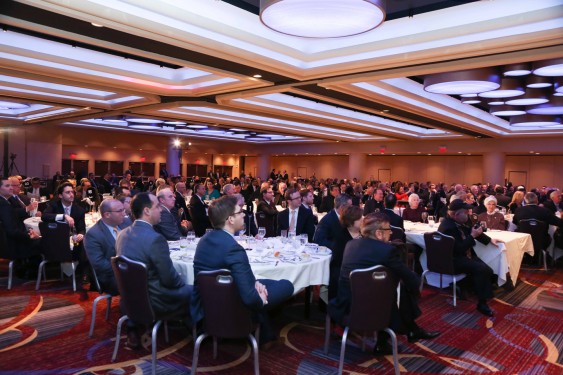 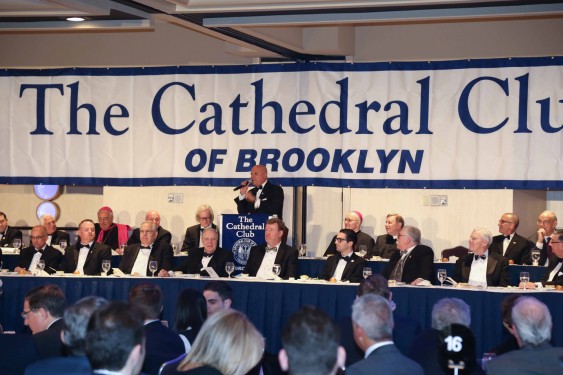 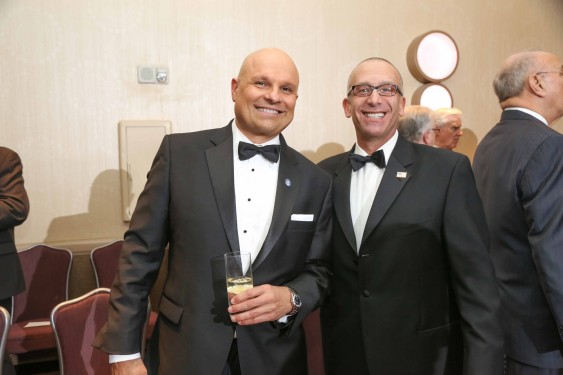 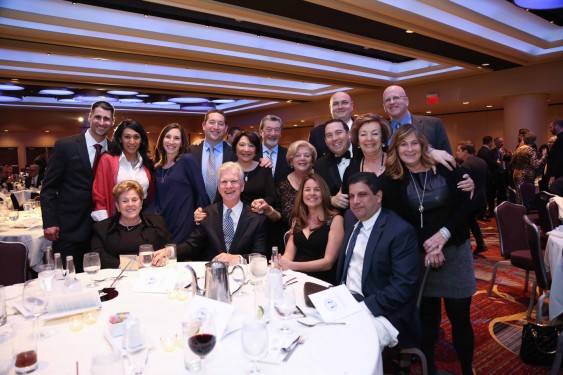 DiNapoli, who grew up in St. Aidan’s parish, Williston Park, L.I., pointed out that it was part of the Diocese of Brooklyn at that time.

He applauded Bishop Nicholas DiMarzio’s pastoral work, especially among the newly arrived, and saluted the Cathedral Club’s support of the bishop’s charitable works.

DiNapoli, whose office’s duties include the protection of abandoned property and unclaimed funds in New York State, said he was asked by Cathedral Club President Vincent LeVien to do a search for diocesan agencies.

The Comptroller said he found $107,553 in funds owed to diocesan institutions. He has begun returning that money to its rightful owners, including $61,000 to St. Helen’s parish, Howard Beach.

He also identified $600 due to the Cathedral Club and $27.54 to Bishop DiMarzio.

He said people should check the State Comptroller’s Office website to see if they are owed any money.

He credited his Catholic education, and the inspiration of the Irish Christian Brothers and the Marist Brothers for the strong Christian values that have sustained a lifetime in the insurance business.

“Clearly with what’s going on in the United States today, we need more emphasis on moral values.”

“Vinny has worked tirelessly on the passage of the Education Investment Tax Credit, which is legislation whose time is due,” said Bishop DiMarzio.

“All agree that education is the great Civil Rights issue of our day and it is time for the members of the Assembly, Senate and (the) Governor to stand up to special interest groups and stand on the side of our children. The days of the old politics in our state must be brought to an end and the interests of its citizens must be placed ahead of well-funded lobbyists.”

The bishop explained that political callousness on education is symptomatic of a larger problem.

“The practical atheism that has commandeered our body politics gives rise to the extremism of some candidates that depersonalize the poor and the unborn,” he said.

“God is removed from our decision-making, and so is compassion. We seek the expedient, or the path of least resistance, and do not challenge ourselves to live in the light of truth. Therefore, the unborn, the refugee fleeing the terror of war, or the convict we righteously punish but do not help to rehabilitate all meet with the hardness of our heart.”

He explained that the Cathedral Club can help shed light on the role of the Catholic faith in the public debate.

“As we celebrate the 116th year of a club founded on helping Catholics to be elected to the bench, perhaps we might ask ourselves if that was an important enterprise,” said the bishop.

“Why was that important? What has been the contribution of the Catholic worldview to our city? What is our contribution today? What are we willing to risk to bring our faith into the public square?”