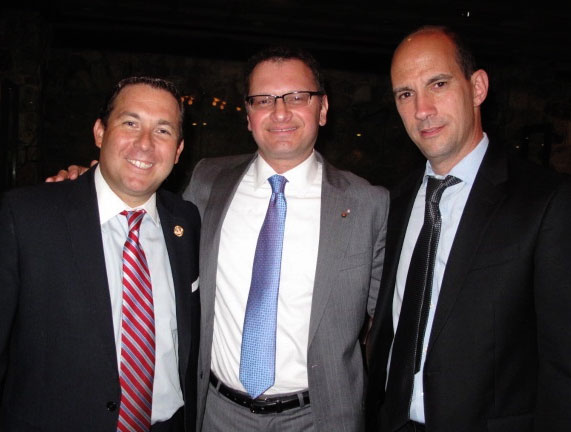 Queens attorney Mark Cipolla, center, is welcomed as the new president of The Cathedral Club of Brooklyn during a swearing-in ceremony at Gargiulo’s in Coney Island. Above is DeSales Media Group’s director of external affairs, Vincent LeVien, outgoing club president. At right, Supreme Court Judge Vito DeStefano, who officiated.

The Cathedral Club is a Catholic lay organization that serves to advance Catholic interests, promote the moral improvement of its members, foster members’ Catholic spirit and unite members through social gatherings held in pursuit of its mission.