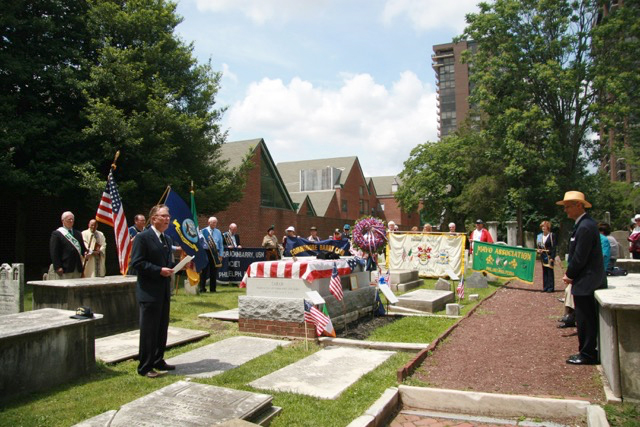 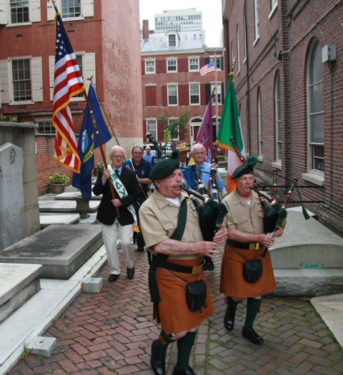 The Commodore Barry Club of Brooklyn traveled to Philadelphia by bus on Memorial Day Weekend, for a day of commemoration and festivities at the grave of the naval hero.

Msgr. Paul A. DiGirolamo, pastor of Old St. Mary’s Church in Philadelphia, celebrated a special Mass to honor U.S. Commodore John Barry, who emigrated from Ireland, fought with George Washington in the American Revolution and went on to found the American Navy.

After Mass, members paraded to Commodore Barry’s grave in the nearby cemetery. John Barry Kelly, a member of the Barry family, Russ Wiley of the Friendly Sons of St. Patrick and Brooklyn Barry Club President Mary Nolan addressed the gathering, and a wreath-laying ceremony was held.

At the Commodore Barry Irish Center in Germantown, the crowd later enjoyed lunch, refreshments and dancing. Wiley presented Nolan with a bouquet to thank her for her contributions to the community.

To learn more about the club, call 718-833-3405 or visit commodorebarryclubbrooklyn.org.